The Thomas theorem is a theory of sociology which was formulated in 1928 by William Isaac Thomas and Dorothy Swaine Thomas (1899–1977) :

If men define situations as real, they are real in their consequences. [1]

The Thomas theorem is not a theorem in the mathematical sense.

In 1923, W. I. Thomas stated more precisely that any definition of a situation would influence the present. In addition, after a series of definitions in which an individual is involved, such a definition would also "gradually [influence] a whole life-policy and the personality of the individual himself". [2] Consequently, Thomas stressed societal problems such as intimacy, family, or education as fundamental to the role of the situation when detecting a social world "in which subjective impressions can be projected on to life and thereby become real to projectors". [3] 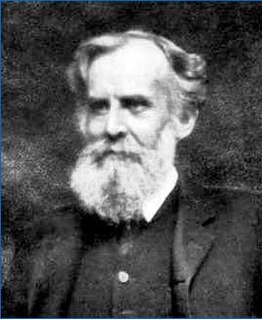 Frequentist probability or frequentism is an interpretation of probability; it defines an event's probability as the limit of its relative frequency in many trials. Probabilities can be found by a repeatable objective process. This interpretation supports the statistical needs of many experimental scientists and pollsters. It does not support all needs, however; gamblers typically require estimates of the odds without experiments.

Social norms are regarded as collective representations of acceptable group conduct as well as individual perceptions of particular group conduct. They can be viewed as cultural products which represent individuals' basic knowledge of what others do and think that they should do. From a sociological perspective, social norms are informal understandings that govern the behavior of members of a society. Social psychology recognizes smaller group units may also endorse norms separately or in addition to cultural or societal expectations.

In anthropology, folkloristics, and the social and behavioral sciences, emic and etic refer to two kinds of field research done and viewpoints obtained: emic, from within the social group and etic, from outside.

A role is a set of connected behaviors, rights, obligations, beliefs, and norms as conceptualized by people in a social situation. It is an expected or free or continuously changing behavior and may have a given individual social status or social position. It is vital to both functionalist and interactionist understandings of society. Social role posits the following about social behavior:

Symbolic interactionism is a sociological theory that develops from practical considerations and alludes to people's particular utilization of dialect to make images and normal implications, for deduction and correspondence with others. In other words, it is a frame of reference to better understand how individuals interact with one another to create symbolic worlds, and in return, how these worlds shape individual behaviors. It is a framework that helps understand how society is preserved and created through repeated interactions between individuals. The interpretation process that occurs between interactions helps create and recreate meaning. It is the shared understanding and interpretations of meaning that affect the interaction between individuals. Individuals act on the premise of a shared understanding of meaning within their social context. Thus, interaction and behavior is framed through the shared meaning that objects and concepts have attached to them. From this view, people live in both natural and symbolic environments.

Ethnomethodology is the study of how social order is produced in and through processes of social interaction. It generally seeks to provide an alternative to mainstream sociological approaches. In its most radical form, it poses a challenge to the social sciences as a whole. Its early investigations led to the founding of conversation analysis, which has found its own place as an accepted discipline within the academy. According to Psathas, it is possible to distinguish five major approaches within the ethnomethodological family of disciplines.

Herbert George Blumer was an American sociologist whose main scholarly interests were symbolic interactionism and methods of social research. Believing that individuals create social reality through collective and individual action, he was an avid interpreter and proponent of George Herbert Mead's social psychology, which he labelled symbolic interactionism. Blumer elaborated and developed this line of thought in a series of articles, many of which were brought together in the book Symbolic Interactionism. An ongoing theme throughout his work, he argued that the creation of social reality is a continuous process. Blumer was also a vociferous critic of positivistic methodological ideas in sociology.

In sociology, social action, also known as Weberian social action, is an act which takes into account the actions and reactions of individuals. According to Max Weber, "an Action is 'social' if the acting individual takes account of the behavior of others and is thereby oriented in its course".

Intersubjectivity, in philosophy, psychology, sociology, and anthropology, is the psychological relation between people. It is usually used in contrast to solipsistic individual experience, emphasizing the inherent sociality of humans.

Status inconsistency is a situation where an individual's social positions have both positive and negative influences on his or her social status. For example, a teacher may have a positive societal image which increases their status but may earn little money, which simultaneously decreases their status. 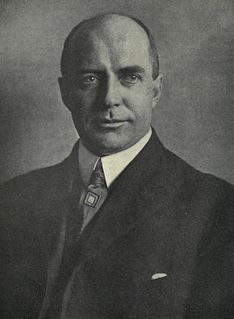 William Isaac Thomas was an American sociologist, understood today as a key figure behind the theory of symbolic interactionism.

A sociological theory is a supposition that intends to consider, analyze, and/or explain objects of social reality from a sociological perspective, drawing connections between individual concepts in order to organize and substantiate sociological knowledge. Hence, such knowledge is composed of complex theoretical frameworks and methodology.

In epistemology, and more specifically, the sociology of knowledge, reflexivity refers to circular relationships between cause and effect, especially as embedded in human belief structures. A reflexive relationship is bidirectional with both the cause and the effect affecting one another in a relationship in which neither can be assigned as causes or effects.

In sociology, the social disorganization theory is a theory developed by the Chicago School, related to ecological theories. The theory directly links crime rates to neighbourhood ecological characteristics; a core principle of social disorganization theory that states location matters. In other words, a person's residential location is a substantial factor shaping the likelihood that that person will become involved in illegal activities. The theory suggests that, among determinants of a person's later illegal activity, residential location is as significant as or more significant than the person's individual characteristics. For example, the theory suggests that youths from disadvantaged neighborhoods participate in a subculture which approves of delinquency, and that these youths thus acquire criminality in this social and cultural setting.

In sociology, social psychology is an area of sociology that focuses on social action and on the interrelation of personality, values, and mind with social structure and culture. Some of the major topics in this field include social status, structural power, sociocultural change, social inequality and prejudice, leadership and intra-group behavior, social exchange, group conflict, impression formation and management, conversation structures, socialization, social constructionism, social norms and deviance, identity and roles, and emotional labor.

Gardner Murphy was an American psychologist specialising in social and personality psychology and parapsychology. His career highlights included serving as president of the American Psychological Association, and of the British Society for Psychical Research.

Dorothy Swaine Thomas was an American sociologist and economist. She was the 42nd President of the American Sociological Association and the first woman in that role.