The Thomasville Public Library is located in Thomasville, North Carolina, United States. It is the second largest branch of the Davidson County Public Library system. Since its inception in October, 1928, the library has grown from one room in the corner of a Thomasville school housing a collection of 200 books to a 19,000 sq ft (1,800 m2) independent structure housing more than 70,000 books as well as magazines and journals, non-print materials, public access computers, and meeting rooms that are generally free for public use. 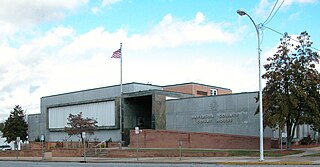 Over a few years, the library outgrew the space given to it at the Main Street School. It moved to two different storefronts in the commercial district of Thomasville between 1928 and 1938. At times throughout that decade the library had to limit checkouts to one book per person because the number of readers nearly equaled the number of books on hand. 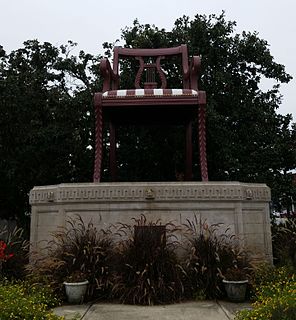 The people of Thomasville, understanding the usefulness of a public library, established a new and larger place for it. For twenty years Thomasville's City Hall housed the library in a wing specifically designed for it. From 1938 until 1958, the library served its community from there, also making use of the court room and meetings rooms when they were not being used by the city. As the library's collection and readership grew through the next twenty years from about 6,500 books to over 15,000, and as the city of Thomasville grew and required more space for its administration, the need for a dedicated library building became apparent.

On April 20, 1958, Thomasville received that dedicated building. It formally opened at the new 6,000 sq ft (560 m2). building on Randolph Street. A majority of the funding for the building came from the Lambeth and Finch families of Thomasville. The first library structure owned by the county in its time, it had shelf space for 20,000 books and a maximum capacity of 60 people.

As early as 1979, expansion was perceived to be necessary and, during the 1980s the library board of trustees began researching the costs associated with building a new structure. In 1987 they approached the county officials to request that they dedicate funds to the construction of a new library building. While the county did dedicate $300,000, money to complete the project was raised mainly by the community and local charities. Construction began in 1989, and in 1990 the library moved to its current location at 14 Randolph Street.

Many of the electronic resources to which the Thomasville Public Library subscribes may be accessed from home using a library card PIN. Online services including reserving books, checking fines and due dates, changing contact information, and renewing checked out items.

The Piedmont Triad is a north-central region of the U.S. state of North Carolina that consists of the area within and surrounding the three major cities of Greensboro, Winston-Salem, and High Point. This close group or "triad" of cities lies in the Piedmont geographical region of the United States and forms the basis of the Greensboro–Winston-Salem–High Point Combined Statistical Area. As of 2012, the Piedmont Triad has an estimated population of 1,611,243 making it the 33rd largest combined statistical area in the United States. The area of the triad is approximately 5,954 square miles.

Vancouver Public Library (VPL) is the public library system for the city of Vancouver, British Columbia. In 2013, VPL had more than 6.9 million visits with patrons borrowing nearly 9.5 million items including: books, ebooks, CDs, DVDs, newspapers and magazines. Across 22 locations and online, VPL serves nearly 428,000 active members and is the third-largest public library system in Canada.

The Allen County Public Library (ACPL) is a public library system located in Fort Wayne, Allen County, Indiana, United States. Founded in 1895 as the Fort Wayne Public Library, the library served residents with 3,606 books out of a single room in City Hall. Today the library system includes 14 library branches within Fort Wayne and throughout the county. The 367,000 square feet (34,100 m2) Main Library Branch in downtown Fort Wayne is home to the Fred J. Reynolds Historical Genealogy Department, which holds the largest public genealogy collection in the United States.

The Iowa City Public Library (ICPL) was established in 1896 to serve the people of Iowa City, Iowa, USA. Currently located in a new facility at the intersection of College and Linn Streets on the downtown pedestrian mall, ICPL serves a population 69,000 residents of Iowa City, and through contract, residents of unincorporated Johnson County, University Heights and Hills. ICPL has approximately 67,000 cardholders.

Harford County Public Library is a public library serving Harford County, Maryland. It has 11 branches and an administration and support services building. The library has an annual circulation of over 4,000,000 materials and serves more than 174,000 registered borrowers.

Founded in 1869, the Historical Society of Berks County (HSBC) operates the Berks History Center as a museum and library located in Reading, Pennsylvania. The Society's mission, as described on its website, is "to focus attention on the unique local history, the vast material culture, and the diverse cultural heritage of Berks County by preserving, archiving, and promoting this material to instill in our citizens of all ages and ethnic groups an awareness of this growing treasure trove of information. This allows the HSBC to be a major cultural magnet, drawing people to our community."

The Richmond Hill Public Library is the organisation that runs public libraries in the town of Richmond Hill, Ontario, Canada. 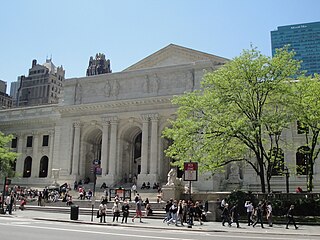 The Stephen A. Schwarzman Building, commonly known as the Main Branch or the New York Public Library, is the flagship building in the New York Public Library system and a landmark in Midtown Manhattan, New York City. The branch, one of four research libraries in the library system, contains nine separate divisions. The structure contains four stories open to the public. The main entrance steps are at Fifth Avenue at its intersection with East 41st Street. As of 2015, the branch contains an estimated 2.5 million volumes in its stacks.

The Nashua Public Library (NPL) is the public library of Nashua, New Hampshire.

Wahl-Coates Elementary School is an elementary school located in Greenville, North Carolina. It is one of 16 elementary schools located within Pitt County. It is in a unique partnership with Pitt County Schools (PCS) and East Carolina University. The university used its funds to build the facility, while PCS furnished the school. Wahl-Coates sits on 17.3 acres (7.0 ha). It used to be located in two different areas on the East Carolina campus. 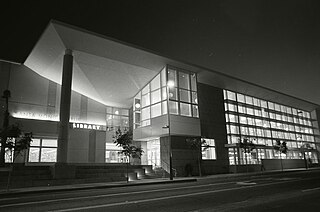 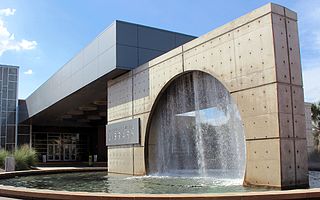 McAllen Public Library, or MPL, is the public library system serving McAllen, Texas, United States. The library system's mission statement, which was approved by the library board in November 2008, is: McAllen Public Library is a dynamic civic resource that promotes the open exchange of ideas through free access to information and connects a culturally diverse population with the global community. 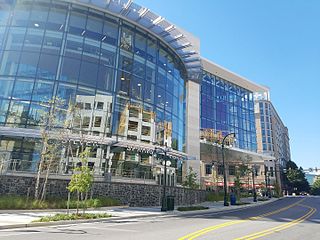 Silver Spring Library is part of the Montgomery County Public Libraries System. It opened to the public in 1931 and is currently located at 900 Wayne Avenue in Silver Spring, Maryland.