Thoms is a surname. Notable people with the surname include:

Adah Belle Samuels Thoms was an African American nurse who cofounded the National Association of Colored Graduate Nurses, was acting director of the Lincoln School for Nurses, and fought for African Americans to serve as American Red Cross nurses during World War I and eventually as U.S. Army Nurse Corps nurses starting with the flu epidemic in December 1918. She was among the first nurses inducted into the American Nurses Association Hall of Fame when it was established in 1976.

Albie Thoms was an Australian film director, writer, and producer. He was born in Sydney, Australia. He was nominated for at the 1979 AFI Awards for Best Original Screenplay for Palm Beach. He is best known for his work with Ubu Films, the Sydney Filmmakers’ Co-operative, and the Yellow House. He died on November 28, 2012.

Alexander Thoms FRSE (1837–1925) was a 19th/20th century Scottish mineralogist. His collection of rocks and minerals form a core part of the collection within the Hunterian Museum and Art Gallery in Glasgow.

Baxter is an Anglo-Saxon and Scottish name, originally from the English occupational surname meaning "baker," from the early Middle English bakstere and the Old English bæcere. The form Bakster was originally feminine, with Baker as the masculine equivalent, but over time both names came to apply to both men and women. Ancient variations in the spelling of the surname include Bakster, Baxstar, Baxstair, Baxstare and Baxster. 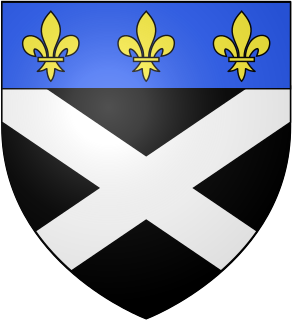 The surname Fitzpatrick is the known translation of at least two different surnames: Ó Maol Phádraig and Mac Giolla Phádraig from the original Irish to English. Currently, it is ranked as the 60th most common surname in Ireland with an estimated 12,700 individuals bearing the name. While both Mac Giolla Phádraig and Ó Maol Phádraig have similar meanings, they are likely unrelated; yet both have arrived in the modern era as Fitzpatrick. Despite the prefix "Fitz-", Fitzpatrick is not a name of Hiberno-Norman descent.

Laing is a Scottish surname, commonly found in countries settled by Scots, such as Canada and New Zealand. It is a descriptive surname, cognate with the English surname Long, meaning "tall". Notable people with the surname include:

Millar is a surname. Notable people with the surname include:

Adamson is an English language patronymic surname meaning "son of Adam". It is rare as a given name, although there has been a tradition in some families for the first-born son to be called Adam. People with the surname Adamson include:

Hogg is a Scottish surname.

Walters is a surname of English origin. It used to denote "Son of Walter", derived from the given name Walter, which was introduced into England and Wales about the time of the Norman Conquest. The name "Walter" originates from the Old German wald ("rule") + heri ("warrior").

Barker is a surname of English origin, and may refer to:

Beck is a surname of Germanic and Hebrew descent, meaning "brook", "stream" or “Martyr” (Hebrew) and is fairly common in English-speaking countries, northern Germany and Denmark. The German name can also be a variant of Becker, which is an occupational surname meaning "baker." In Hebrew, it exists as an abbreviated form of B'nei Kiddoshim. Notable people with this surname include:

Robinson is an English language patronymic surname, originating in England. It means "son of Robin ". There are similar surname spellings such as Robison and Robeson. Robinson is the 15th most common surname in the United Kingdom. According to the 1990 United States Census, Robinson was the twentieth most frequently encountered surname among those reported, accounting for 0.23% of the population.

Lever is a surname. Notable people with the surname include:

Tom Jones may refer to:

Barron is a surname. Notable people with the surname include:

Hoy is an Irish surname. Other surnames developed from "Ó hEochaidh" include: McKeogh, Kehoe, Hoey, Haughey, Haugh and Hough. Hoy is sometimes considered to be a variant of Haughey, and it is very common in Ulster. The first recording of the surname in Ireland is of one Elizabeth, daughter of Leuise and Martha Hoy, on February 8, 1646 at Holy Trinity (Christchurch), Cork.

Murton is a surname. Notable people with the surname include:

Hacker is a surname. Notable people with the name include: