Those Who Walk in Darkness

Those Who Walk in Darkness is a novel by John Ridley, published in May 2003. It details the life of a member of an elite police task force in Los Angeles that hunts down superhumans known as metanormals. It was followed in 2006 by a sequel, What Fire Cannot Burn.

In a world where, until a few years ago, the streets were rocked by battles between colorfully clad men and women with astounding metanormal powers, the people have declared all-out war against these modern-day titans. Following the destruction of the city of San Francisco in a super-battle gone bad, the federal government has issued an executive order outlawing not only the use of super powers, but also the very people who possess them. For the beings known as Metanormals, it doesn't matter whether they were once superheroes, supervillains, or neither; if they commit crimes, save lives or just try to live normal lives without ever using their powers; they're all regarded as public enemies, and as such the legal prey of the murderous LAPD division G Platoon (presumably after SWAT's designation of D Platoon) known more familiarly as the Metanormal Tactical Unit, or "MTac."

The main character is Soledad O'Roark, a rookie MTac whose single-minded hatred of the Metas is extreme even by the obsessive standards of her profession. Soledad earns the hated nickname "Bullet" on her first call, when she uses an O'Dwyer Variable-Lethality Law Enforcement gun to blow away a rampaging pyrokinetic in the act of frying her squad. Soledad herself modified the high-tech gun, which comes complete with color-coded bullets designed to exploit the individual weaknesses of various common Metas. The gun saves her life and the lives of several of her partners, but the department brass still demotes her, and considers filing charges, for her failure to follow official procedure by using the unregistered weapon. Soledad's lawyer, Gayle, suspects a conspiracy.

Michelle, an angelic winged woman who possesses a mysterious ability to either avert disasters or bring back the dead, lives in hiding with her telepathic husband, Vaughn, and a mentally disabled metal manipulator named Aubrey. When Michelle reveals herself in order to save the lives of an entire construction crew during a deadly street collapse, Soledad shoots the winged woman dead, dismissing the horrified reaction of one witness with a shrugged "She's not an Angel. Angels don't bleed. She's just another freak."

The grieving Vaughn succumbs to his anger, which his gentle wife held in check for so long, and declares war against the MTacs.

What Fire Cannot Burn continues to follow Soledad and fellow MTAC officer Eddi Aoki as they go undercover to investigate a serial killer targeting metanormals hunts in Los Angeles, a serial killer who might work for the police. [1]

An animated 2003 version of the film was released starring rapper Lil' Kim as Soledad. It was animated using Flash and was originally released on the internet before being released on DVD by Lightyear Entertainment. 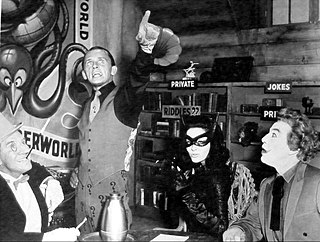 Warren Mears is a fictional character that is portrayed by Adam Busch in the American television series Buffy the Vampire Slayer. The character also appears in canonical comic book series continuation of that series. He is the main antagonist in season six, until Willow turns to her dark side. 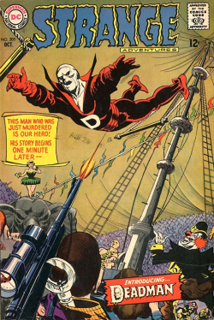 Deadman is a fictional superhero appearing in American comic books published by DC Comics. He first appeared in Strange Adventures #205, and was created by Arnold Drake and Carmine Infantino. 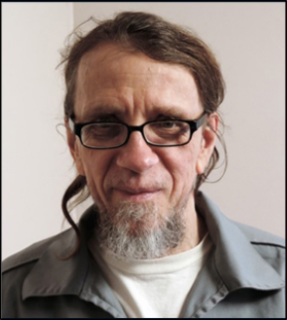 Joseph Paul Franklin was an American white supremacist and serial killer who engaged in a murder spree spanning the late 1970s and early 1980s.

Linda Danvers, formerly known as Supergirl, is a fictional comic book superhero appearing in books published by DC Comics. Created by writer Peter David and artist Gary Frank, she debuted in Supergirl vol.4 #1. She is not to be confused with Linda Lee Danvers, the secret identity used by the Kara Zor-El incarnation of Supergirl prior to the events of 1985's Crisis on Infinite Earths. 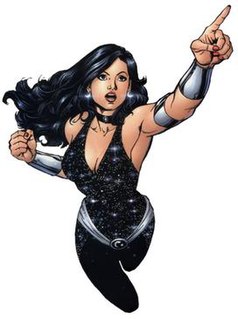 Donna Troy is a fictional superheroine appearing in American comic books published by DC Comics. She is the original Wonder Girl and later temporarily adopts another identity, Troia. Created by Bob Haney and Bruno Premiani, she first appeared in The Brave and the Bold vol. 1 #60. Donna has been commonly featured in stories involving the Teen Titans, which she originally joined during their second adventure and is since depicted as a founding member of the team.

"The Magic Bullet" is episode 19 of season 4 in the television show Angel. Written and directed by Jeffrey Bell, it was originally broadcast on April 16, 2003 on the WB network. While Jasmine settles in at the hotel with her followers for a mysterious gathering, Fred is forced to flee Los Angeles while the rest of the gang hunt her down, with assistance from most of the populace, who are also under Jasmine's enchantment. Fred learns that Jasmine's blood is the key to seeing her for what she really is and plots to free Angel and the gang from Jasmine's influence.

Crispus Allen is a fictional character in the DC Comics universe, mostly commonly depicted in association with Batman.

Belle Gunness, born Brynhild Paulsdatter Storset, was a Norwegian-American serial killer who was active in Illinois and Indiana between 1884 and 1908. Gunness is thought to have killed at least fourteen people, most of whom were men she enticed to visit her rural Indiana property on the promise of marriage, while some sources speculate her involvement in as many as forty murders. Gunness seemingly died in a fire in 1908, but it is popularly believed that she faked her death. Her actual fate is unconfirmed.

In the Anita Blake: Vampire Hunter series of novels, author Laurell K. Hamilton has developed a detailed mythology. Her series is an alternate history that assumes that the supernatural is real, and that vampires, lycanthropes, and other supernatural beings live alongside humans in a society that otherwise resembles 21st century North America.

Dean Winchester is one of the two protagonists from the American drama television series Supernatural. He is portrayed primarily by Jensen Ackles. Other versions of the character having been portrayed by Hunter Brochu (toddler), Ridge Canipe (child), Nicolai Lawton-Giustra (pre-teen), Brock Kelly and Dylan Everett (teen), and Chad Everett (elderly).

Demon Hunter is a 2005 action/horror film written by Mitch Gould and directed by Scott Ziehl which follows the half human/half demon Jake Greyman who works for the church as the last resort when exorcism fails. This film co-stars Colleen Porch as the Demon Hunter's sidekick nun, Sarah Ryan, William Bassett as the overseeing church cardinal, Tania Deighton as the succubus, and Billy Drago as the demon of lust, Asmodeus. 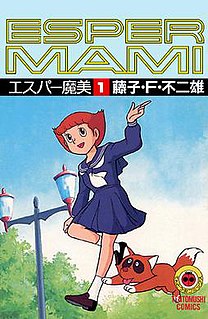 Mami the Psychic is a manga series created by Fujiko F. Fujio in 1977 and serialized in Shōnen Big Comic. It was later adapted into an anime series in 1987 and an anime film in 1988. 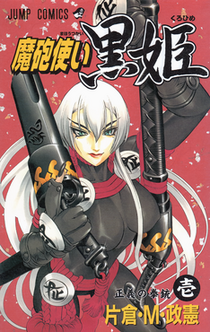 Kurohime is a Japanese manga series written and illustrated by Masanori Katakura. The manga began its run in 2000 and was serialized in Monthly Shōnen Jump until 2007. The series was transferred to Jump Square website in 2007 and finished in 2011. Shueisha compiled the individual chapters into eighteen tankōbon volumes as of April 2011.

The Crow is a fictional character and the protagonist of The Crow comic book series, originally created by American artist James O'Barr in 1989. The titular character is an undead vigilante brought back to life by a supernatural crow to avenge his murder and death of his fiancée. The character has subsequently appeared in several feature films, a television series, and spin-off novels and comics. In the various incarnations, films, and spin-offs, many people have taken on the Crow persona in order to avenge their own wrongful deaths. In 2011, IGN ranked the Crow 37th in the Top 100 Comic Book Heroes. The Crow made his live-action debut in the 1994 The Crow portrayed by Brandon Lee. Later, The Crow was portrayed by Mark Dacascos in the 1998 television series The Crow: Stairway to Heaven. 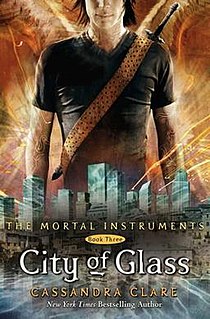 City of Glass is the third book in the urban fantasy series The Mortal Instruments by Cassandra Clare. In 2009, Walker Books published the third book of the series worldwide. It is a journey that explores Simon's and Clary's experience in the Shadowhunter city, and Clary works on saving her mother, as they travel from New York institute to Alicante, Idris. 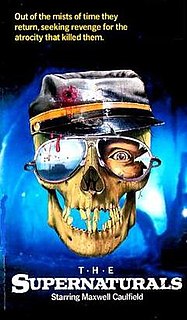 The Supernaturals is a 1986 American zombie horror film directed by Armand Mastroianni and written by Michael S. Murphey and Joel Soisson. Filmed in the United States in 1985, The Supernaturals was released by Embassy Pictures in 1986, and has never been re-released since its original VHS Video rental format but is available to stream on Amazon Prime Video.