Though None Go with Me

Though None Go with Me is a 2006 American made-for-television drama film that premiered on Hallmark Channel. It is directed by Armand Mastroianni, and stars Cheryl Ladd. The film is based on the best-selling book by Jerry B. Jenkins.

Elizabeth Leroy is a young woman growing up during the 1950s in the United States. She has devoted her life to serving God but through many hardships and heartbreaks over the years, her faith is tested. She begins to question the purpose of her life.

Elizabeth lives with her widowed father who is a doctor. Her mother died of cancer when she was young. She just finished school and wants to see the world, so has no intention of settling down with childhood friend and neighbour Will Bishop when he asks her to marry him. One day she is asked to pick up the new assistant pastor, Ben Phillips, at the train station and show him around town. Expecting to meet an older gentleman, she is surprised to find him to be young and handsome. They fall in love and get engaged. She is heartbroken when he leaves to serve as chaplain during the Korean War. He explains that he believes God called him to serve, and that he promised God to follow Him no matter what. He also promises to marry her when he returns. At the train station he gives her a Bible with the inscription in the front, "Though none go with me, yet will I follow. No turning back, no turning back." They write letters and she keeps herself busy helping other people. When her father passes away, she discovers that he has left her no money, plus the house is heavily mortgaged, leaving the bank to take possession of it. She moves in with her neighbor Will who also offers her a secretarial job in his auto insurance company. One day, an army officer stops by their door to tell her that Ben has died when the army hospital took a direct hit. She is crushed and faints. As time passes she begins to fall in love with Will, especially when he starts dating someone else. When she decides it's time to move out of his house, he declares his love for her and they get married. When they return from their honeymoon, Elizabeth receives a letter from Ben who writes that he wasn't killed but has been a prisoner-of-war and will soon be home. She tells Will who is heartbroken and asks her whether she will stay with him out of loyalty or does he have her heart? She declares her love for Will and does not intend to leave him. When Ben comes home, they embrace and she tells him that she was told he was dead and that she married Will. He is crushed, but asks her to write him to tell her what's happening in her life. Will and Elizabeth have many happy years together and are blessed with a son. Their son marries and his wife bears him a daughter, but their son and his wife are killed in a car accident on the way home from a Christmas party, leaving their daughter to be raised by her grandparents; Will and Elizabeth. At this point, Elizabeth becomes angry at God, asking Him why He keeps taking away everyone that she loves - her parents, her first love, and now her son. Will eventually dies of brain disease after 40+ years of marriage. Not long after that, her best friend Fran hosts a party to thank her for 50 years of service to the community. Many people tell stories of how she impacted their lives and she is deeply touched. One of the attendees at the party is Ben...

The phrase Though None Go with Me is from the lyrics of a Christian hymn called I Have Decided to Follow Jesus with lyrics by Sadhu Sundar Singh set to a Hindustani melody. [1]

A Letter to Three Wives is a 1949 American romantic comedy-drama which tells the story of a woman who mails a letter to three women, telling them she has left town with the husband of one of them, but not saying which one. It stars Jeanne Crain, Linda Darnell, Ann Sothern, Paul Douglas, Kirk Douglas, and Jeffrey Lynn. Thelma Ritter as "Sadie" and Celeste Holm are both uncredited.

Permanent Midnight is a 1998 independent drama film written and directed by David Veloz, based based on Jerry Stahl's autobiographical book of the same name. Ben Stiller stars as Stahl, who rises from a small-time television writer to his success as a comedy writer making up to $5,000 a week writing for 1980s series such as thirtysomething, Moonlighting, and ALF. The supporting cast features Maria Bello, Elizabeth Hurley, Owen Wilson, Cheryl Ladd and Janeane Garofalo. 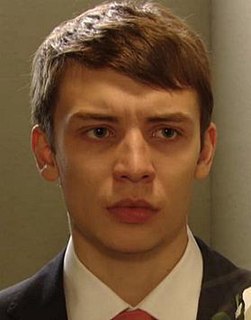 Darren Miller is a fictional character from the BBC soap opera EastEnders, played by Charlie G. Hawkins. He made his first appearance on 6 September 2004 and departed in the episode broadcast on 20 September 2011.

Grace of My Heart is a 1996 film written and directed by Allison Anders and starring Illeana Douglas, set in the pop music world, starting in New York City's Brill Building early 1960s era, weaving through the California Sound of the mid-'60s and culminating with the adult-contemporary scene of the early 1970s.

Cousin Kate is a Regency romance novel by Georgette Heyer. The story is set in 1817 and 1818.

The Promise is a 2007 Filipino coming-of-age romantic drama film starring Richard Gutierrez and Angel Locsin. The film project also marks the final movie together for Richard and Angel as a love team as they both went on to separate successful careers. The film is a remake of Hihintayin Kita sa Langit which was also written by the film's screenwriter, Racquel N. Villavicencio and was an adaptation of Emily Brontë's 1847 novel Wuthering Heights.

Love's Enduring Promise is a 2004 made-for-television Christian drama film based on a series of books by Janette Oke.

Heather Trott is a fictional character from the BBC soap opera EastEnders, played by Cheryl Fergison. She made her first appearance on 26 June 2007. The character was introduced as a guest character, but later became a regular. The sidekick of character Shirley Carter, most of Heather's storylines involved comedy, and Fergison won the 'Funniest Performance' award at the 2008 Inside Soap Awards. Heather's character is known for her headbands, love of cheese and karaoke, and being a fan of singer George Michael.

Pamela Wallace is an American screenwriter and author. She won an Oscar for co-writing the screenplay for the movie Witness. Wallace has also written 25 romance novels, under her own name and the pseudonyms Pamela Simpson and Dianne King.

Indiscreet is a 1931 American pre-Code comedy film directed by Leo McCarey and starring Gloria Swanson and Ben Lyon. The screenplay by Buddy G. DeSylva, Lew Brown, and Ray Henderson, based on their story Obey That Impulse, originally was written as a full-fledged musical, but only two songs – "If You Haven't Got Love" and "Come to Me" – remained when the film was released. The film is available on DVD.

Rumors is a young adult novel by author Anna Godbersen. It is the second book in The Luxe series. 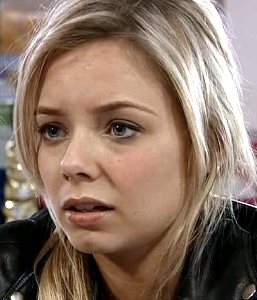 Sian Powers is a fictional character from the British ITV soap opera Coronation Street, portrayed by Sacha Parkinson. Sian was introduced as a love interest for Sophie Webster. Sian joined the cast of Coronation Street alongside Ben Richardson in January 2009 as Sophie's schoolmates. They soon form a new group of teenagers along with Ryan Connor. Sian and girlfriend Sophie are Coronation Street's first lesbian couple. It was announced on 29 May 2011 that Parkinson had quit her role, and she made her last on screen appearance on 30 December 2011. 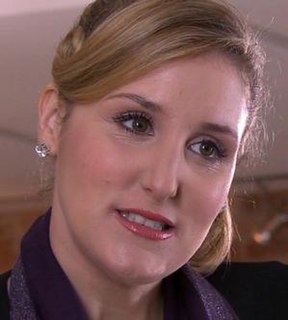 Cheryl Brady is a fictional character from the British Channel 4 soap opera Hollyoaks, played by Bronagh Waugh. The character first appeared on-screen on 25 November 2008, during the first series of the Hollyoaks spin-off Hollyoaks Later, as the former love interest of Malachy Fisher. She made her first appearance in main Hollyoaks episodes in July 2009, introduced to the serial by series producer, Lucy Allan. In 2010 when Paul Marquess began producing the serial, he felt that Cheryl was being used in the wrong way, subsequently making her a central character to the show. It was announced on 1 February 2013 that Waugh quit her role. Cheryl departed Hollyoaks on 22 March 2013, after four years on the show. Along with Brendan Brady. 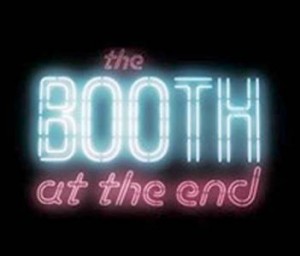 The Booth at the End is a psychological thriller series created by Christopher Kubasik and starring Xander Berkeley, and was produced by Vuguru. The series premiered on August 27, 2010 on the Canadian network City. Two seasons were produced, each consisting of five 23-minute episodes. The first season was directed by Jessica Landaw, and the second by Adam Arkin.

Elizabeth Frankenstein is a fictional character first introduced in Mary Shelley's 1818 novel Frankenstein; or, The Modern Prometheus. In both the novel and its various film adaptations, she is the fiancée of Victor Frankenstein. 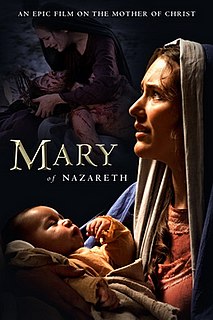 Mary of Nazareth is a 2012 Italian-German-Spanish television movie directed by Giacomo Campiotti. It focuses on life events of Mary of Nazareth, Mother of Jesus, and Mary Magdalene.

Mushk is a Pakistani drama that airs on Hum TV. The actors starring in this show include Imran Ashraf, Urwa Hocane, Momal Sheikh and Osama Tahir. With Imran Ashraf also as the writer, the play is directed by Aehsun Talish. It airs a weekly episode on Hum TV, starting from 17 August 2020.