Thought About Growing Up

Thought About Growing Up is an EP by Ohio-based pop punk band Mixtapes. [2]

Pop punk is a genre of rock music that combines influences of pop music with punk rock. Fast tempos, prominent electric guitars with distortion, and power chord changes are typically played under pop-influenced melodies and vocal styles with lighthearted lyrical themes including boredom and teenage romance.

Mixtapes is an American pop punk band from Cincinnati, Ohio signed to No Sleep Records. They are currently on hiatus.

"Second Hand News" is a song written by Lindsey Buckingham that was first performed by the British-American rock band Fleetwood Mac as the opening track of their 1977 album Rumours. 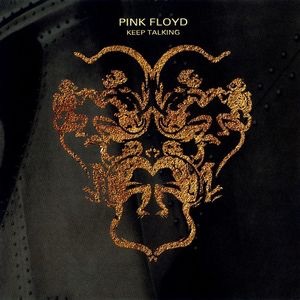 "Keep Talking" is a song from Pink Floyd's 1994 album, The Division Bell.

The Eagle is an album by Waylon Jennings, released on Epic Records in 1990. It was the first of his two solo albums on the label, which he joined after a two-year stay at MCA. The selections themselves are a mixture of fast-paced songs and slower ballads. "Wrong", a humorous track about a relationship that turned awry, was Jennings' final top ten country hit, reaching #5 on the charts. The album also yielded the minor hits "What Bothers Me Most". Additionally, a music video for "Wrong", directed by Robert Deaton and George J. Flanigen IV, was filmed and released. The Eagle was the singer's final top ten record, reaching #9 on the country charts; it also briefly appeared on the pop charts, with its highest position being #172. 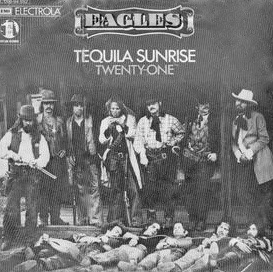 "Tequila Sunrise" is a 1973 song written by Don Henley and Glenn Frey, and recorded by the Eagles. It was the first single from the band's second album Desperado. The song peaked at number 64 on the Billboard Hot 100.

The Neighbourhood is an American rock band formed in Newbury Park, California, in 2011. The band is composed of vocalist Jesse Rutherford, guitarists Jeremy Freedman and Zach Abels, bassist Mikey Margott, and drummer Brandon Alexander Fried. After releasing two EPs, I'm Sorry... and Thank You, The Neighbourhood released its first full-length album I Love You. on April 23, 2013, via Columbia Records. The same year, the EP "The Love Collection" was released; and in November 2014, a mixtape titled #000000 & #FFFFFF. A second album, Wiped Out! was released in October 30, 2015. In March 9, 2018 a self-titled third studio album came out, preceded by the release of two EPs: Hard on September 22, 2017, which briefly charted on the Billboard 200, and To Imagine on January 12, 2018. After the release of the album, the tracks from the extended plays not included on the final tracklisting were collected in another EP, "Hard to Imagine". 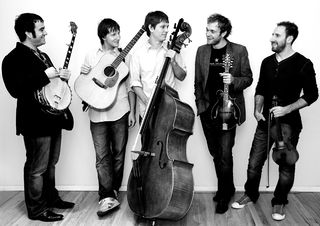 4EvaNaDay is a mixtape by Mississippi rapper and producer Big K.R.I.T.. It was released for free digital download on March 5, 2012 under independent record label Cinematic Music Group. The mixtape was released in anticipation of K.R.I.T.'s debut studio album Live from the Underground (2012). It was entirely produced, arranged and mixed by Big K.R.I.T., with assistance from Ralph Cacciurri, and contains 17 tracks with no vocal guest appearances. An extended play containing three songs from the mixtape, including two new songs, was released on iTunes on April 10, 2012. Upon its release, 4EvaNaDay received critical acclaim from music critics. The mixtape has been downloaded over 236,000 times on professional mixtape site Datpiff.

Jeffery Lamar Williams, known professionally as Young Thug, is an American rapper, singer, songwriter, and record producer. Known for his eccentric vocal style and fashion, he first received attention for his collaborations with rappers Rich Homie Quan, Future, Birdman, Cash Out, Shawty Lo and Gucci Mane. Young Thug initially released a series of independent mixtapes beginning in 2011 with I Came from Nothing. In early 2013, he signed with Gucci Mane's 1017 Records, and later that year he released his label debut mixtape 1017 Thug to critical praise.

Meridian Dawn is a Finnish/American/Belgian side project that fuses death metal with modern metal melodies.

Maps is the debut release by Ohio/Detroit-based pop punk band Mixtapes. The album was recorded over one weekend and released for free on Death to False Hope Records. It was later re-released in November 2011 on vinyl via Animal Style Records, featuring the 10 songs from Maps and a newly recorded EP titled Companions. The album was re-titled Maps & Companions. 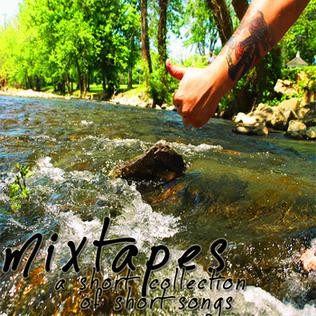 A Short Collection of Short Songs is an EP by Ohio-based pop punk band Mixtapes. It is literally a short collection of six short songs.

Castle Songs is a short EP by Ohio-based pop punk band Mixtapes. It is their shortest release so far.

Hope is For People is a 7-inch EP by Ohio based Pop Punk band Mixtapes (band). It is their second release on Animal Style Records. 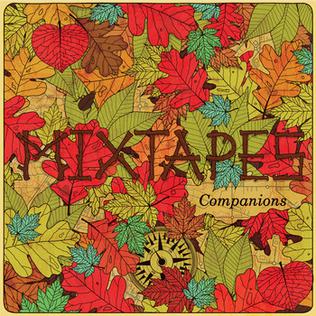 Companions is an EP by Ohio based Pop Punk band Mixtapes (band). It was released on vinyl with Maps via Animal Style records as Maps & Companions. It features two new songs and two old songs from Maps, "And if We Both Fail?" and "OrangeYellow", as well as "Soups Whatever" from their 2010 release A Short Collection of Short Songs (EP), were re-recorded into full-band tracks. 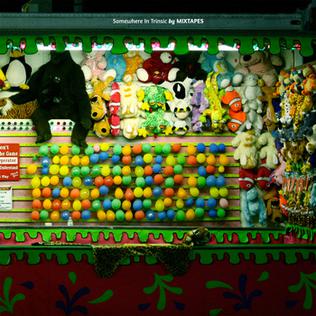 Somewhere in Trinsic is a 7-inch EP by Ohio-based pop punk band Mixtapesin 2012.

Even on the Worst Nights is an album by Ohio-based pop punk band Mixtapes.

Pinegrove is an American band from Montclair, New Jersey, United States. The band name is an allusion to the Brown Family Environmental Center at Kenyon College, where lyricist Evan Stephens Hall and keyboardist Nandi Plunkett attended.