Thousand Oaks Community Gallery is a public art gallery located adjacent to Newbury Park Library in Newbury Park, California. The gallery was established in February 1991, and features a variety of workshops, visual arts exhibitions, photographies, paintings, artist presentations and events. The 3,000 sq. ft. gallery is one of Conejo Valley’s primary visual arts facilities. It was established by City of Thousand Oaks in corporation with local art organizations and dedicated residents. Besides showcasing the work of acclaimed and professional artists, the gallery also presents locally based artists and art contests. [1] [2] [3] 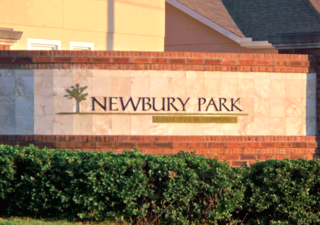 Newbury Park is a town located mostly within the western Thousand Oaks city limits in Ventura County, California, United States. It makes up all of ZIP code 91320, and is within area code 805 and 820. Lying within the Conejo Valley in the northwestern part of the Greater Los Angeles Area, Newbury Park abuts the Santa Monica Mountains. It is approximately 35 miles (56 km) from Downtown Los Angeles and less than 7 mi (11 km) from the Los Angeles County border in Westlake Village. The closest coastal city is Malibu, 22 mi (35 km) from Newbury Park, which may be reached through winding roads or hiking trails crossing the Santa Monica Mountains. About 28,000 of Thousand Oaks' 110,000 residents reside in Newbury Park. Newbury Park makes up around 40 percent of Thousand Oaks' total land area. 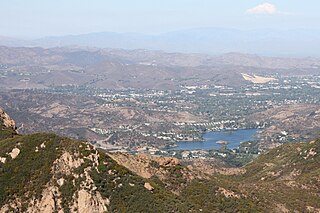 The visual arts are art forms such as painting, drawing, printmaking, sculpture, ceramics, photography, video, filmmaking, design, crafts, and architecture. Many artistic disciplines involve aspects of the visual arts as well as arts of other types. Also included within the visual arts are the applied arts such as industrial design, graphic design, fashion design, interior design and decorative art.

The gallery is operated under the direction of city staff and a steering committee, which consists of regional visual arts representatives and arts leaders. Original art can be purchased at the gallery, and its facilities can also be rented for special events. It is situated south of the 101 Freeway at the Borchard Road freeway exit, adjacent to Newbury Park Branch Library. [4]

Casa Conejo is an unincorporated county island in Newbury Park, Ventura County, California, United States. It was the first planned community in Newbury Park and began building in 1960. When the city of Thousand Oaks incorporated 4 years later, the new developments in Newbury Park were incorporated into the city boundaries before being subdivided. The community is bordered by Old Conejo Road and the US 101 to the North, Borchard Road to the South, Jenny Dr. to the West, and Sequoia Middle School to the East. For statistical purposes, the United States Census Bureau has defined Casa Conejo as a census-designated place (CDP). The census definition of the area may not precisely correspond to local understanding of the area with the same name. The population was 3,249 at the 2010 census, up from 3,180 at the 2000 census. Casa Conejo is located in a roughly rectangle-shaped unincorporated area surrounded by the city of Thousand Oaks.

Thousand Oaks is the second-largest city in Ventura County, California, United States. It is in the northwestern part of Greater Los Angeles, approximately 40 miles (64 km) from Downtown Los Angeles and is less than 15 miles (24 km) from the Los Angeles neighborhood of Woodland Hills. It is named after the many oak trees present in the area, and the city seal is adorned with an oak.

The Stagecoach Inn in Newbury Park, California, originally known as the Grand Union Hotel, was used as a resting area for people who traveled from Los Angeles to Santa Barbara. Besides a hotel and stagecoach stop, it has also been used as a post office, church, restaurant and military school. It is California Historical Landmark no. 659 and is listed in the National Register of Historic Places. It played a major role in the development of the stage line transportation network in California. The hotel was also the first business venture in the Conejo Valley. 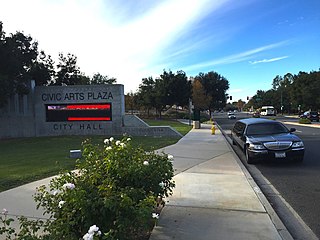 The Thousand Oaks Civic Arts Plaza is a performing arts center and City Hall for the city of Thousand Oaks, California. City Hall includes Planning and Building Department, City Works and other city departments. It is located on Thousand Oaks Boulevard, immediately across from Gardens of the World.

Conejo Valley Unified School District or CVUSD is a school district in Ventura County. It serves Thousand Oaks, California and its subsections Newbury Park and the Ventura County section of Westlake Village.

The Grant R. Brimhall Library serves as the main library for the city of Thousand Oaks, California. It is controlled by the Thousand Oaks Library System, which also controls the Newbury Park Branch Library. The Grant R. Brimhall Building is located on Janss Rd. near State Route 23. There are 81,000 square feet (7,500 m2) in the main building and 3,000 square feet (280 m2) in the adjacent Special Collections Storage building. It serves Thousand Oaks, including Newbury Park and Westlake Village. It is the largest library in Ventura County, the largest library in the region, and one of the largest in Southern California. 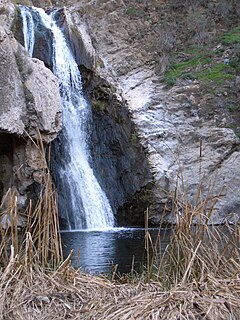 Walnut Grove Park is a 6.5 acre community park in Newbury Park, California, United States, situated immediately south of the U.S. 101 Ventura Freeway on Newbury Road. Named for its many walnut trees, the park land was acquired in 1981 and ultimately developed into a community park in 1994. It contains a playground, an outdoor handball court, three BBQ grills, basketball courts, numerous picnic tables, trails, and open-space. It is operated by the Conejo Recreation & Park District (CRPD), and it is adjacent to the Walnut Grove Equestrian Center and its 14 acres of trails, horse arenas, stalls, picnic tables, and various trails for hikers and equestrians. The park is relatively close to the Arroyo Conejo Open Space and its many trails leading for instance to Wildwood Regional Park, which is accessible from its closest trailhead between 507 Kalinda Pl. and 504 Paseo Grande on West Hillcrest Drive. Walnut Grove Park is located along a smaller offspring from the Arroyo Conejo, and is one of only three off-leash dog parks in the Conejo Valley. 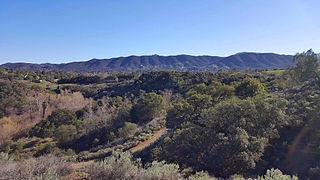 Borchard Community Park is a public park located in western Newbury Park, CA. Situated adjacent to both the Newbury Park High School and the Borchard Maintenance Shop, the park is situated at the corner of Reino Road and Borchard Road at the foothills of the Santa Monica Mountains. The park encompasses 29 acres, which is home to various courts for recreational sports, fitness area, community rooms, a farm themed playground, picnic areas, several fields, and a skate park. The park was established by the Conejo Recreation & Park District (CRPD) in 1969. It has two volleyball courts, four tennis courts, two stages, three softball fields, a basketball court, barbecue grills, two bocci courts, a gymnasium, horseshoe pits, a kitchen, a soccer field, two playgrounds, and more. 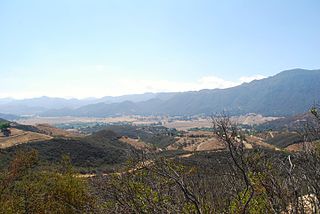 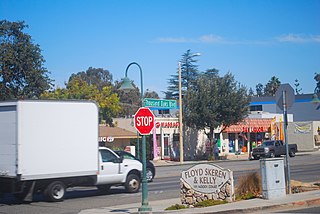 Reba Marie Hays Jeffries was one of the founders of Newbury Park Chamber of Commerce and later its first female president. She was a prominent supporter of Newbury Park cityhood, and opposed the annexation by neighboring Thousand Oaks. She was also an outspoken supporter of preserving Stagecoach Inn and the Newbury Park Post Office when they were proposed demolished. 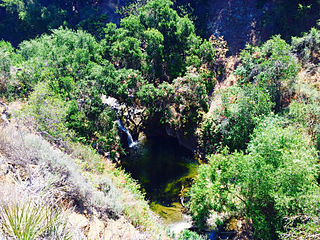 Conejo Recreation and Park District (CRPD) is the park management agency for most of the parks in the Conejo Valley, California. Established in 1962, CRPD later established Conejo Open Space Conservation Agency (COSCA) in 1977 through a joint effort with the City of Thousand Oaks. COSCA administers over 15,000 acres of open space and 140 miles of trails, while CRPD administers over 50 community parks. CRPD's annual operating budget is $20,000,000, of which about 70% are from property taxes.

Newbury Road is the main street in Newbury Park, California, and runs parallel to the U.S. Route 101. The road is named for the town’s founder, Egbert Starr Newbury. The historic Newbury Park Post Office has had several locations on Newbury Road, including at the Stagecoach Plaza, a shopping complex with a name that implies the stagecoach heritage of the area. Stagecoach Plaza houses 14 restaurants and shops, and it is adjacent to additional shops on both sides. 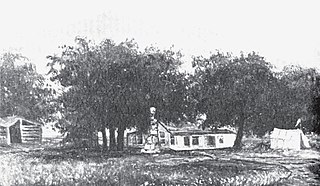