Threads is the second album by UK band, Temposhark, a project of singer/songwriter Robert Diament. 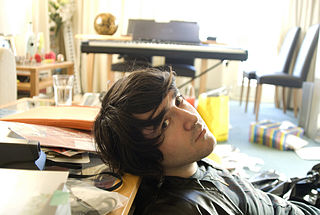 Temposhark is an English electronic rock band, formed in London and Brighton by singer-songwriter Robert Diament and one-time music producer Luke Busby. Temposhark were best known for their songs Bye Bye Baby, Joy, It's Better To Have Loved and Not That Big; a duet with singer Imogen Heap which appeared on their 2008 debut album The Invisible Line. Their second album Threads was released in 2010 and reached the top 15 on iTunes UK electronic albums chart. Other notable artist collaborations include Guy Sigsworth, Sean McGhee, Youth from Killing Joke, Kate Havnevik, Melnyk, Camille, MaJiKer, Morgan Page, Avril and the virtuoso violinist Sophie Solomon. Temposhark's music has been featured in numerous television programmes, including the USA advertising campaign for British TV series Downton Abbey in 2011.

Temposhark's second album was produced, co-written and recorded in 2009 in London by producer Sean McGhee. The first single "The World Does Not Revolve Around You" was released in September 2009. The album includes 11 brand new songs with two bonus dance remixes of the title track by Morgan Page and MaJiKer. Threads was released on 5 April 2010 as a digital download and reached #15 in the iTunes Top 20 electronic albums in the UK. [1] The digital version of the album includes 2 bonus remixes and downloadable artwork in PDF form. The album reached the Top 20 in CMJ's college radio albums chart in March 2010. [2] So far, two videos have been released from Threads for the singles "Bye Bye Baby" (directed by Ben Charles Edwards) and "The World Does Not Revolve Around You" (directed by Doyle Hooper). 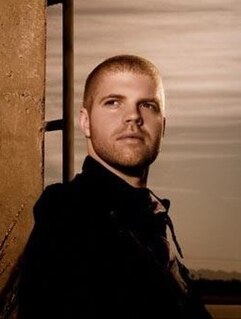 Matthew Ker, known by his stage name MaJiKer, is a British songwriter-producer and performer. He resides in London and works internationally, having lived for many years in Paris, France.

Ben Charles Edwards is a British film director, photographer and writer. Edwards began his career working as a photographer. Upon the release of Edwards' feature debut, The British Film Institute remarked that "Charles Edwards’ has crafted distinctive, admirable work that seems to have emerged from the unseen margins of British cinema."

Violinist Sophie Solomon plays violin solos on the tracks "Say I'm Sorry" and "Green Lights". Solomon originally collaborated with Temposhark on their first album The Invisible Line and Temposhark also remixed her single "Holy Devil" in 2006. Simon Neilson of rock band The Gadsdens plays piano on the album's closing song "The Last Time I Saw Matthew", written about a friend of Diament's who had died.

Sophie Solomon is a British violinist, songwriter and composer who fuses many different musical influences into her music. She was Artistic Director of the Jewish Music Institute, SOAS from 2012-2015 and is now VP Marketing at high growth music technology start up, ROLI. 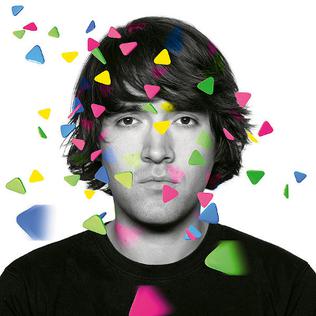 The Invisible Line is the debut album by UK band, Temposhark.

In an interview with UK magazine The Kaje, Diament described Threads as a, "Break-up album in many ways. A lot of the songs are about the end of a relationship and the start of a new life." Diament said the album was originally going to be called Fireworks but after writing the song "Threads" he decided that title summed up the album's mood and continued the concept from his debut The Invisible Line of "how music can really connect people. But also of how everyone is interconnected in the world". [2] In March 2010, during a video interview in New York with US music blog Hard Candy, Diament spoke about running his own record label, learning classical piano since the age of 4 and his plans for concerts. He described the new album Threads:

In March 2010, to promote Threads, Temposhark performed live at the Institute of Contemporary Arts fundraising gala at KoKo, London alongside Ellie Goulding, Lily Allen, Bryan Ferry and I Blame Coco. [4] In the same month, Temposhark's song Bye Bye Baby was nominated for an Exposure Music Award in the UK. [5] In April 2010, Robert Diament sang live in Paris, France as part of MaJiKer's series of live concerts The Lab which has included vocalists Camille, Indi Kaur, Bénédicte Le Lay and Sacha Bernardson. 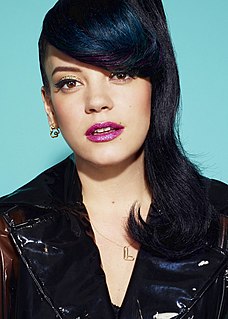 Lily Rose Beatrice Cooper, known professionally as Lily Allen, is an English singer and songwriter. She is the daughter of actor Keith Allen and film producer Alison Owen. Allen left school when she was 15 and concentrated on improving her performing and compositional skills. In 2005, she made some of her recordings public on Myspace and the publicity resulted in airplay on BBC Radio 1 and a contract with Regal Recordings.

The making of the album Threads was documented in a series of over 20 video blogs posted by Diament on Temposhark's YouTube channel in 2009. The album was partly funded by a £15,000 prize that Temposhark won via their fans voting for them on music website SliceThePie.com [6]

The Fly compared Threads to Scritti Politti and described the album as "Stylised, stylish stuff, but there's enough substance and savvy here that you wouldn't rule out this being Temposhark's time". [7] EQ Music Blog said Threads is "One of my personal favorite electronic pop albums to be released this year and it's another shining example of outstanding pop music that is made independently - without a major label." [8]

In October 2011, it was announced that USA television network PBS had licensed Temposhark's song Irresistible, taken from the album Threads, for the USA advertising campaign of British TV series Downton Abbey [9]

Arthur Alexander was an American country songwriter and soul singer. Jason Ankeny, music critic for Allmusic, said Alexander was a "country-soul pioneer" and that, though largely unknown, "his music is the stuff of genius, a poignant and deeply intimate body of work on par with the best of his contemporaries." Alexander's songs were covered by such stars as the Beatles, the Rolling Stones, Gerry and the Pacemakers, Otis Redding, Tina Turner and Jerry Lee Lewis.

Guy Sigsworth is a British composer, producer and songwriter. During his career he has worked with many artists, including Seal, Björk, Goldie, Madonna, Britney Spears, Kate Havnevik, Imogen Heap, Bebel Gilberto, Mozez, David Sylvian, Alanis Morissette, Eric Whitacre and Alison Moyet. He has also collaborated with many celebrated instrumental musicians, including Talvin Singh, Jon Hassell and Lester Bowie. He was previously a member of the band Frou Frou together with Imogen Heap.

"Irresistible" is a song by American recording artist Jessica Simpson that Sony Music released on April 12, 2001, as the lead single from her second studio album of the same name. Its title and concept were proposed by singer-songwriter Pamela Sheyne, while Arnthor Birgisson, an acquaintance of Sony chief executive officer Tommy Mottola, and his partner Anders Bagge developed the melody and co-wrote the verses with Sheyne. It is more sexually suggestive than Simpson's previous songs. 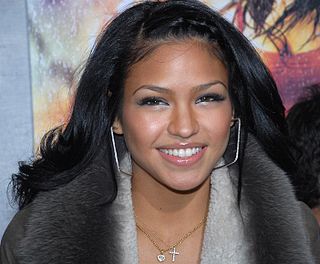 Casandra Elizabeth Ventura, known mononymously as Cassie, is an American singer, dancer, actress and model. Born in New London, Connecticut, she began her career as a result of meeting record producer Ryan Leslie in late 2004, who later signed her to NextSelection Lifestyle Group. During this time, Diddy heard "Me & U" in a club, and Leslie convinced him to partner his Bad Boy Records with Leslie's NextSelection imprint for the release of Cassie's debut album. 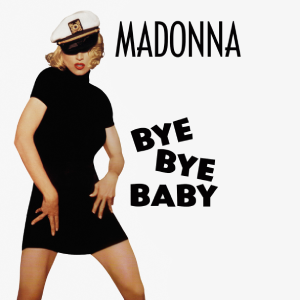 "Bye Bye Baby" is a song recorded by American singer and songwriter Madonna, for her fifth studio album Erotica (1992). It was released on November 15, 1993, as the sixth and final single from the album. "Bye Bye Baby" was written by Madonna, Shep Pettibone, and Anthony Shimkin and was produced by Madonna and Pettibone. The song is inspired by Madonna's emotions of that time and her S&M thoughts. Musically, it is a hip hop song, sampling a hook from LL Cool J's track "Jingling Baby", released in 1990. Madonna's vocals were filtered to make them appear as sound coming out from an antique radio. "Bye Bye Baby" features instrumentation from keyboard and lyrically finds Madonna asking questions to a lover she is about to abandon.

Melnyk is a Canadian electronic music producer who lives and works in London, UK. 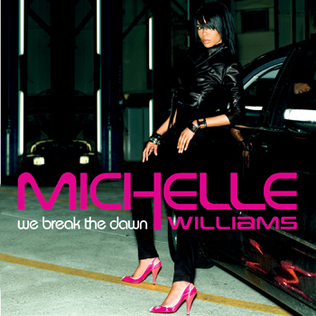 "We Break the Dawn" is a song recorded by American singer-songwriter Michelle Williams. It was written by Solange Knowles, Andrew Frampton and Wayne Wilkins and produced by Wilkins and Frampton for Williams' third studio album Unexpected (2008). Officially premiering as the album's lead single on the People.com website on March 31, 2008, the single received critical acclaim for its "terrific fusion of European disco and dance-pop as well as its "irresistible" chorus. 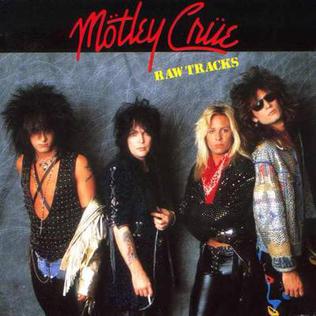 Raw Tracks is an EP by American heavy metal band Mötley Crüe in 1988 released exclusively in Japan. The disc features two songs presented in their original Leathür Records mix from their debut album, two remixes and one live version of tracks previously issued on the group's previous records.

"4th of July (Fireworks)" is the second single from Kelis' fifth studio album, Flesh Tone. It samples "You're My Heart " by Lioness. The song was listed at number 51 on the list of the NME Best Tracks of 2010. Three different art works have been made for the single, one for the CD single and digital EP releases in the United Kingdom, the digital remixes single in the United States and the international single. 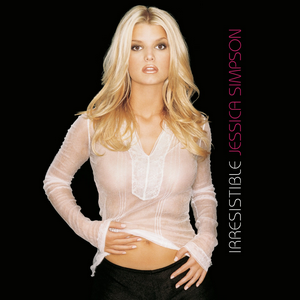 Irresistible is the second studio album by American recording artist Jessica Simpson, released on May 25, 2001, through Columbia Records. Simpson, who began working on the project in July 2000, contacted already established writers and producers to collaborate on the project, including Cory Rooney, Rodney Jerkins, and Walter Afanasieff. In contrast to her debut album Sweet Kisses (1999), which included more ballads, Irresistible explored hip hop and R&B genres of music. Simpson described the material as "Mariah Carey meets Britney Spears", indicating the soulfulness of the songs as well as their contemporary appeal. Lyrical themes addressed in the album include love and heartbreak, sexuality, and self-respect. 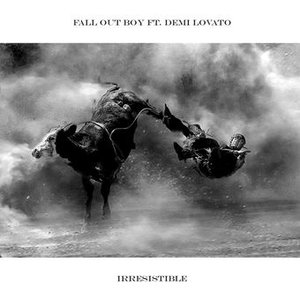 "Irresistible" is a song written and recorded by the American rock band Fall Out Boy from their sixth studio album, American Beauty/American Psycho (2015). Initially released as the second promotional single from the album on January 5, 2015, it debuted at No. 77 in the US and No. 70 in the UK. In February 2015, it was released as the band's third UK single, and a music video was released on February 19.