Threat assessment is the practice of determining the credibility and seriousness of a potential threat, as well as the probability that the threat will become a reality. [1] [2] Threat assessment is separate to the more established practice of violence-risk assessment, which attempts to predict an individual's general capacity and tendency to react to situations violently. Instead, threat assessment aims to interrupt people on a pathway to commit "predatory or instrumental violence, the type of behavior associated with targeted attacks," according to J. Reid Meloy, PhD, co-editor of the International Handbook of Threat Assessment. [3] "Predatory and affective violence are largely distinctive modes of violence." [4]

Threat assessment is relevant to many businesses and other venues, including schools. Threat assessment professionals, who include psychologists and law enforcement agents, work to identify and help potential offenders, guiding students to overcome underlying sources of anger, hopelessness or despair. These feelings can increase a student's risk of suicide, alcohol and drug use, physical abuse, dropping out and criminal activity. Threat assessment also applies to risk management. Information security risk managers often perform a threat assessment before developing a plan to mitigate those threats. [5]

Per a Senator King hearing in 2022, a top U.S. military officer was reprimanded by Senator King, the chairman of the committee, because the threat assessment surrounding the Russian conflict with Ukraine was not anywhere near the actual outcome. Senator King commented that additional arms could have been sent by the U.S. government more quickly to aid Ukraine defense if a more reliable assessment would have been performed.

Risk management is the identification, evaluation, and prioritization of risks followed by coordinated and economical application of resources to minimize, monitor, and control the probability or impact of unfortunate events or to maximize the realization of opportunities.

Broadly speaking, a risk assessment is the combined effort of: 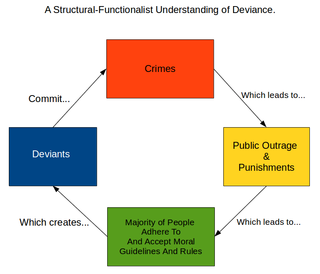 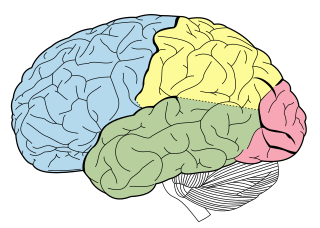 Neuropsychological assessment was traditionally carried out to assess the extent of impairment to a particular skill and to attempt to determine the area of the brain which may have been damaged following brain injury or neurological illness. With the advent of neuroimaging techniques, location of space-occupying lesions can now be more accurately determined through this method, so the focus has now moved on to the assessment of cognition and behaviour, including examining the effects of any brain injury or neuropathological process that a person may have experienced.

An environmental hazard is a substance, state or event which has the potential to threaten the surrounding natural environment or adversely affect people's health, including pollution and natural disasters such as storms and earthquakes.

In civilian law enforcement, a Threat Management Unit (TMU) is a police department team that handles cases of harassment or stalking. The Los Angeles Police Department (LAPD) created the first Threat Management Unit, the Los Angeles Police Department Threat Management Unit, in 1990 after the murder of actress Rebecca Lucile Schaeffer. Over the years the TMU has been visited and emulated by many city, county, state and federal law enforcement agencies, including agencies from Canada, Australia, the United Kingdom, Europe, Asia, Hong Kong and South America; as well as prominent security consultants all seeking to implement a form of TMU for contracted national and foreign jurisdictions.

Crime prevention is the attempt to reduce and determine crime and criminals. It is applied specifically to efforts made by governments to reduce crime, enforce the law, and maintain criminal justice.

The Psychopathy Checklist or Hare Psychopathy Checklist-Revised, now the Psychopathy Checklist—revised (PCL-R), is a psychological assessment tool most commonly used to assess the presence of psychopathy in individuals—most often those institutionalized in the criminal justice system—and to differentiate them from those with antisocial personality disorder, a similar but distinct illness. It is a 20-item inventory of perceived personality traits and recorded behaviors, intended to be completed on the basis of a semi-structured interview along with a review of 'collateral information' such as official records.

Positive behavior support (PBS) is a form of applied behavior analysis that uses a behavior management system to understand what maintains an individual's challenging behavior and how to change it. People's inappropriate behaviors are difficult to change because they are functional; they serve a purpose for them. These behaviors may be supported by reinforcement in the environment. People may inadvertantly reinforce undesired behaviors by providing objects and/or attention because of the behavior.

MOSAIC threat assessment systems (MOSAIC) is a method developed by Gavin de Becker and Associates in the early 1980s to assess and screen threats and inappropriate communications.

Chris Hatcher, Ph.D., (1946–1999) was a clinical psychologist at the University of California, San Francisco, who was an expert in police and forensic psychology. He dedicated his professional life to the study of violence and its prevention. He died unexpectedly at the age of 52.

The Los Angeles Police Department Mental Evaluation Unit (MEU), including the Systemwide Mental Assessment Response Team (SMART), is a component of the Los Angeles Police Department (LAPD) that works with people suspected of having mental illness. The MEU mission is to reduce the potential for violence during police contacts involving people experiencing mental illness while simultaneously assessing the mental health services available to assist them. This requires a commitment to problem solving, partnership, and supporting a coordinated effort from law enforcement, mental health services and the greater community of Los Angeles.

In United States civilian law enforcement, a Threat Management Unit is a police department team that provides criminal and behavioral analysis and risk assessments in an attempt to review, and ultimately mitigate, the potential for violence with an emphasis on prevention. Threat Management Units identify risk factors, patterns of escalation, and construct an environment that inhibits or prevents violence. The services provided cover a wide range of topics, including, but not limited to terrorism, school violence, sexual crimes, stalking, cyber crimes, domestic violence, arson, sabotage, communicated threats, insider threats and pre-attack behavior. Research in this area of law enforcement is known as Threat Safety Science.

The Fixated Threat Assessment Centre (FTAC) is a UK police/mental health unit, whose function is to manage the risk to public figures from stalkers and others fixated on celebrity. It was formed in 2006 in acknowledgement that such offenders overwhelmingly suffered from psychosis, and could often be identified in advance from behavioural signs. Preventive treatment could then be applied, for the protection of the relevant public figures as well as the families and neighbours of the sufferer.

Assessment may refer to:

The Sentinel Project for Genocide Prevention is an international non-governmental organisation based in Toronto, Ontario, Canada, with approximately 60 members in North America. Its mission is "to prevent the crime of genocide worldwide through effective early warning and cooperation with victimized peoples to carry out non-violent prevention initiatives." The Sentinel Project was founded in 2008 by two students, Taneem Talukdar and Christopher Tuckwood, at the University of Waterloo. In 2009, the Sentinel Project's approach was selected as a finalist in Google's 10 to the 100th competition for innovative social application of technology. This organization has been recognized as one of four active anti-genocide organizations based in Canada and is a member of the International Alliance to End Genocide, and the International Coalition for the Responsibility to Protect. 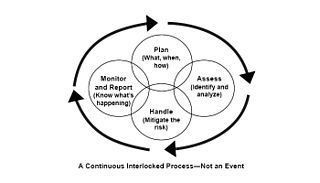 The assessment of risk factors for genocide is an upstream mechanism for genocide prevention. The goal is to apply an assessment of risk factors to improve the predictive capability of the international community before the killing begins, and prevent it. There may be many warning signs that a country may be leaning in the direction of a future genocide. If signs are presented, the international community takes notes of them and watches over the countries that have a higher risk. Many different scholars, and international groups, have come up with different factors that they think should be considered while examining whether a nation is at risk or not. One predominant scholar in the field James Waller came up with his own four categories of risk factors: governance, conflict history, economic conditions, and social fragmentation.