A threat is a communication of intent to inflict harm or loss on another person. [1] [2] Intimidation is widely observed in animal behavior (particularly in a ritualized form) chiefly in order to avoid the unnecessary physical violence that can lead to physical damage or the death of both conflicting parties. A threat is considered an act of coercion.

Some of the more common types of threats forbidden by law are those made with an intent to obtain a monetary advantage or to compel a person to act against their will. In most US states, it is an offense to threaten to (1) use a deadly weapon on another person; (2) injure another's person or property; or (3) injure another's reputation. [3]

In Brazil, the crime of threatening someone, defined as a threat to cause unjust and grave harm, is punishable by a fine or three months to one year in prison, as described in the Brazilian Penal Code, article 147. Brazilian [jurisprudence] does not treat as a crime a threat that was proffered in a heated discussion.

The German Strafgesetzbuch § 241 punishes the crime of threat with a prison term for up to one year or a fine. Even if someone, against his better judgment, feigns to another person that the realization of a serious criminal offense directed against him or a person close to him is imminent, shall be similarly punished. [4]

In the state of Texas, it is not necessary that the person threatened actually perceive a threat for a threat to exist for legal purposes. [6] [7]

A true threat is a threatening communication that can be prosecuted under the law. It is distinct from a threat that is made in jest. The U.S. Supreme Court has held that true threats are not protected under the U.S. Constitution based on three justifications: preventing fear, preventing the disruption that follows from that fear, and diminishing the likelihood that the threatened violence will occur. [8]

Defamation is the oral or written communication of a false statement about another that unjustly harms their reputation and usually constitutes a tort or crime. In several countries, a true statement can also be considered defamation.

Robbery is the crime of taking or attempting to take anything of value by force, threat of force, or by putting the victim in fear. According to common law, robbery is defined as taking the property of another, with the intent to permanently deprive the person of that property, by means of force or fear; that is, it is a larceny or theft accomplished by an assault. Precise definitions of the offence may vary between jurisdictions. Robbery is differentiated from other forms of theft by its inherently violent nature ; whereas many lesser forms of theft are punished as misdemeanors, robbery is always a felony in jurisdictions that distinguish between the two. Under English law, most forms of theft are triable either way, whereas robbery is triable only on indictment. The word "rob" came via French from Late Latin words of Germanic origin, from Common Germanic raub "theft".

Burglary, also called breaking and entering and sometimes housebreaking, is the act of entering a building or other areas without permission, with the intention of committing a criminal offence. Usually that offence is theft, robbery or murder, but most jurisdictions include others within the ambit of burglary. To commit burglary is to burgle, a term back-formed from the word burglar, or to burglarize.

Blackmail is an act of coercion using the threat of revealing or publicizing either substantially true or false information about a person or people unless certain demands are met. It is often damaging information, and it may be revealed to family members or associates rather than to the general public. These acts can also involve using threats of physical, mental or emotional harm, or of criminal prosecution, against the victim or someone close to the victim. It is normally carried out for personal gain, most commonly of position, money, or property. It is also used, sometimes by state agencies, to exert influence; this was a common Soviet practice, so much so that the term "kompromat", transliterated from Russian, is often used for compromising material used to exert control.

Intimidation is intentional behavior that would cause a person of reasonable apprehension to fear injury or harm. It is not necessary to prove that the behavior caused the victim to experience terror or panic.

Transferred intent is a legal doctrine that holds that, when the intention to harm one individual inadvertently causes a second person to be hurt instead, the perpetrator is still held responsible. To be held legally responsible, a court typically must demonstrate that the perpetrator had criminal intent, that is, that they knew or should have known that another would be harmed by their actions and wanted this harm to occur. For example, if a murderer intends to kill John, but accidentally kills George instead, the intent is transferred from John to George, and the killer is held to have had criminal intent.

In criminal law, incitement is the encouragement of another person to commit a crime. Depending on the jurisdiction, some or all types of incitement may be illegal. Where illegal, it is known as an inchoate offense, where harm is intended but may or may not have actually occurred.

Virginia v. Black, 538 U.S. 343 (2003), is a First Amendment case decided in the Supreme Court of the United States. Three defendants were convicted in two separate cases of violating a Virginia statute against cross burning. In this case, the Court struck down that statute to the extent that it considered cross burning as prima facie evidence of intent to intimidate. Such a provision, the Court argued, blurs the distinction between proscribable "threats of intimidation" and the Ku Klux Klan's protected "messages of shared ideology." However, cross-burning can be a criminal offense if the intent to intimidate is proven. It was argued by former Solicitor General of Virginia, William Hurd.

Common assault is an offence in English law. It is committed by a person who causes another person to apprehend the immediate use of unlawful violence by the defendant. In England and Wales, the penalty and mode of trial for this offence is provided by section 39 of the Criminal Justice Act 1988.

Duress in English law is a complete common law defence, operating in favour of those who commit crimes because they are forced or compelled to do so by the circumstances, or the threats of another. The doctrine arises not only in criminal law but also in civil law, where it is relevant to contract law and trusts law. 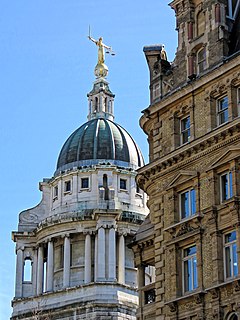 English criminal law concerns offences, their prevention and the consequences, in England and Wales. Criminal conduct is considered to be a wrong against the whole of a community, rather than just the private individuals affected. The state, in addition to certain international organisations, has responsibility for crime prevention, for bringing the culprits to justice, and for dealing with convicted offenders. The police, the criminal courts and prisons are all publicly funded services, though the main focus of criminal law concerns the role of the courts, how they apply criminal statutes and common law, and why some forms of behaviour are considered criminal. The fundamentals of a crime are a guilty act and a guilty mental state. The traditional view is that moral culpability requires that a defendant should have recognised or intended that they were acting wrongly, although in modern regulation a large number of offences relating to road traffic, environmental damage, financial services and corporations, create strict liability that can be proven simply by the guilty act.

Under United States law, an element of a crime is one of a set of facts that must all be proven to convict a defendant of a crime. Before a court finds a defendant guilty of a criminal offense, the prosecution must present evidence that, even when opposed by any evidence the defense may choose, is credible and sufficient to prove beyond a reasonable doubt that the defendant committed each element of the particular crime charged. The component parts that make up any particular crime vary depending on the crime.

Holloway v. United States, 526 U.S. 1 (1999), is a United States Supreme Court case in which the court addressed the issue of whether the federal carjacking law applies to crimes committed with the "conditional intent" of harming drivers who refuse a carjacker's demands.

Criminal law is the body of law that relates to crime. It prescribes conduct perceived as threatening, harmful, or otherwise endangering to the property, health, safety, and moral welfare of people inclusive of one's self. Most criminal law is established by statute, which is to say that the laws are enacted by a legislature. Criminal law includes the punishment and rehabilitation of people who violate such laws.

Menacing or brandishing is a criminal offense in many U.S. states generally defined as displaying a weapon with the intent of placing another person in fear of imminent physical injury or death. Depending on state, degrees of offense range from a misdemeanor for first-time offenders, to low- to mid-level felonies for offenders with a prior menacing charge. Self-defense is often explicitly given as an exception.