"Three Fishers" is a poem and a ballad written in 1851. [1] The original poem was written by English poet, novelist, and priest Charles Kingsley. It was first set to music by English composer John Hullah shortly thereafter. [2] Robert Goldbeck also set it to music in a version published in 1878. [3]

Some more recent recordings of the song follow a musical arrangement created by Garnet Rogers in the 1980s, first recorded by his brother Stan on For the Family. It was also used in Ralph Fiennes's film The Invisible Woman (2013), about Charles Dickens and his mistress Ellen Ternan.

The Unchanging Sea (1910), a short film by D.W. Griffith, was inspired by the "Three Fishers" poem. The first stanza is used in the film itself.

The poem tells the story of three fishermen who sail out to sea, and lose their lives when overtaken by a storm. It describes the tragic loss of the fishermen's lives to their families. Hullah's music is described as a "plaintive air" which enhances Kingsley's poem. [2]

Three fishers went sailing out into the West, Out into the West as the sun went down; Each thought on the woman who lov’d him the best; And the children stood watching them out of the town; For men must work, and women must weep, And there's little to earn, and many to keep, Though the harbour bar be moaning.

Three corpses lay out on the shining sands In the morning gleam as the tide went down, And the women are weeping and wringing their hands For those who will never come back to the town; For men must work, and women must weep, And the sooner it's over, the sooner to sleep— And good-by to the bar and its moaning.

When Charles Kingsley was a boy, his father was rector of Clovelly, a small seaside parish on the coast of north Devon. Kingsley was often present when the herring fleet was put out to sea, an event often accompanied by a short religious ceremony for which the fishermen, their wives and their families were all present. Kingsley recalled the story at the end of a weary day and wrote the poem. [2]

Musicologist Derek B. Scott credits Kingsley as one of the founders of the Christian Socialist Movement in the United Kingdom, noting that the line, "Men must work and women must weep," became a catchphrase. Also according to Scott, the line sung as a refrain after each stanza, "And the harbour bar be moaning," refers to, "the belief that it was a bad omen if the tide made a moaning sound as it receded over the sand bar that kept the harbour waters still." [1] A performance by Scott using Hullah's musical arrangement is available online. [1]

The song was quite popular during much of the Victorian era. In 1883, English painter Walter Langley created "For Men Must Work and Women Must Weep", a watercolour painting based on Kingsley's poem. [4] The song (as arranged by Hullah) was a frequently sung by popular vocalists such as Antoinette Sterling and Charlotte Sainton-Dolby, each of whom gave distinctly different interpretations. Sterling once explained: "Although I had never been to sea in a storm, and had never even seen fishermen, I somehow understood that song of ' The Three Fishers' by instinct. On reading the poem over for the first time no one could know from the opening that the men would necessarily be drowned. Therefore it was a story. But there is a natural tendency to anticipate an unhappy ending; hence it was customary to begin the song so mournfully that everybody realised from the very start what the end was going to be. Madame Sainton-Dolby, for instance, used to sing it sorrowfully from the first note to the last. I had never seen or known of anyone who was drowned, but that mysterious instinct was so strong that I could not foreshadow the finish. When, therefore, I started, I always made the first verse quite bright. I must believe it was the true way, since both the poet and composer endorsed my rendering of it." [5] According to a text by Harold Simpson, when Sterling finished performing the song at her London debut, "there was a tumult of applause ; people rose in their places and cheered, waving hats and handkerchiefs in their excitement." [5]

There have been a number of modern recordings of the song since the American folk music revival. At that time it was recorded by Richard Dyer-Bennet for his 1955 album, Dyer-Bennet, Volume 1, and later by Joan Baez for the 1963 album Joan Baez in Concert, Part 2 . They each performed a version using Hullah's arrangement.

In the 1980s, Canadian folk singer Stan Rogers recorded a version with a musical arrangement by his brother, Garnet Rogers, for the album, For the Family ; it was subsequently re-recorded by Stan's son Nathan on his 2004 album True Stories. Many more recent recordings closely follow the arrangement by Rogers, such as The Duhks on their Migrations album (2006), and The Once on their self-titled 2010 release, but each giving their own rendering. [6] [7]

The village museum in Clovelly, where Kingsley was inspired to write the poem, features a life-sized model of Kingsley sitting at a desk writing the poem. When visitors enter the room, a motion sensor triggers a voice recording of the poem, read by actor and village resident Joss Ackland. [8]

The poem is recited by J. Edward Bromberg in the 1946 film Queen of the Amazons .

Stanley Allison Rogers was a Canadian folk musician and songwriter. 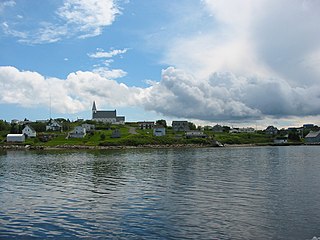 Clovelly is a harbour village in the Torridge district of Devon, England. Its steep pedestrianised cobbled main street, traditional architecture, donkeys and views over the Bristol Channel attract numerous tourists. At the 2011 census, the parish population was 443, which was 50 fewer than ten years previously. The ward of Clovelly Bay includes the island of Lundy.

John Pyke Hullah was an English composer and teacher of music, whose promotion of vocal training is associated with the singing-class movement.

Garnet Rogers is a Canadian folk musician, singer, songwriter and composer. He was born in Hamilton, Ontario with roots in Nova Scotia. He began his professional career working with his brother, folk musician Stan Rogers, and arranging Stan's music.

Archie Macdonald Fisher is a Scottish folk singer and songwriter. He has released several solo albums since his first, eponymous album in 1968. Fisher composed the song "The Final Trawl", recorded on the album Windward Away, that several other groups and singers, including The Clancy Brothers, have also recorded. Starting in the mid-1970s, he produced four folk albums with Makem and Clancy. He also performed with them and other groups as a backup singer and guitarist. He hosted his own radio show on BBC Radio Scotland for almost three decades.

"Dead Man's Chest" is a fictional sea song, originally from Robert Louis Stevenson's novel Treasure Island (1883). It was expanded in a poem, titled "Derelict" by Young E. Allison, published in the Louisville Courier-Journal in 1891. It has since been used in many later works of art in various forms.

Folk Songs is a song cycle by the Italian composer Luciano Berio composed in 1964. It consists of arrangements of folk music from various countries and other songs, forming "a tribute to the extraordinary artistry" of the American singer Cathy Berberian, a specialist in Berio's music. It is scored for voice, flute, clarinet, harp, viola, cello, and percussion. The composer arranged it for a large orchestra in 1973. 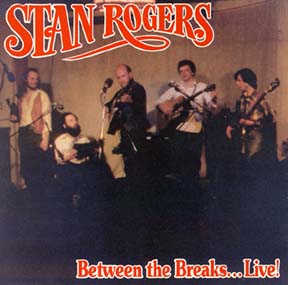 Between the Breaks ... Live! is a 1979 folk music album by Stan Rogers. It was recorded at The Groaning Board in Toronto, Ontario.

For the Family is a 1983 studio album by Canadian folk artist Stan Rogers.

"Don't Fence Me In" is a popular American song written in 1934, with music by Cole Porter and lyrics by Robert Fletcher and Cole Porter. Members of the Western Writers of America chose it as one of the Top 100 Western songs of all time.

The Armenian dance heritage has been considered one of the oldest and most varied in its respective region. From the fifth to the third millennia B.C., in the higher regions of Armenia, the land of Ararat, there are rock paintings of scenes of country dancing. These dances were probably accompanied by certain kinds of songs or musical instruments. In the fifth century Moses of Khoren himself had heard of how the old descendants of Aram make mention of these things in the ballads for the lyre and their songs and dances.

Walter Langley was an English painter and founder of the Newlyn School of plein air artists.

Stan Meissner is a Canadian composer, singer, and songwriter. His career includes both hits internationally and in Canada. Meissner has been a songwriter for more than 30 years and has written music for many international acts.

"Into Each Life Some Rain Must Fall" is a 1944 song performed as a duet by The Ink Spots, featuring Bill Kenny, and Ella Fitzgerald. Their recording was made on August 30, 1944 for Decca Records. The song was written by Allan Roberts (lyrics) and Doris Fisher (melody). The name of the song originates from a quotation of Henry Wadsworth Longfellow from the poem "Rainy Day". The song has also been included in the soundtrack for several videogames.

"The Weary Blues" is a poem by American poet Langston Hughes. Written in 1925, "The Weary Blues" was first published in the Urban League magazine, Opportunity. It was awarded the magazine's prize for best poem of the year. The poem was included in Hughes's first book, a collection of poems, also entitled The Weary Blues..

"Make and Break Harbour" is a song by the Canadian folk singer Stan Rogers, first recorded as the 11th track on the album Fogarty's Cove in 1976. Standing with a significant portion of Rogers' work, the song features two common themes found within his other work: life on the sea and the endangered traditions that that life encompasses.

The Songs and Poems of Molly Drake is an album by English folk group the Unthanks. It was pre-released on the band's website in April 2017, prior to its official release on 26 May 2017, and received a five-starred review in The Independent. It contains recordings of songs and poems written by Molly Drake, the mother of Nick Drake, and recitations of Molly's poems by her daughter Gabrielle Drake. An album of further poems and songs, The Songs and Poems of Molly Drake: Extras, was released simultaneously.

Soulfire is the sixth studio album by Little Steven, released on May 19, 2017. It marks his first studio album since 1999's Born Again Savage. The album consists of Van Zandt's versions of songs that he either wrote or co-wrote for other artists and describes it as "me covering me!" In June 2017, Rolling Stone ranked Soulfire number 28 on their list of the "50 Best Albums of 2017 So Far."