The first of the three is far more famous than the others. It is one of Schubert's most famous compositions, and it is often simply referred to as "Schubert's Marche militaire".

It is not certain when the Marches militaires were written: many scholars favour 1818 [1] [2] but some prefer alternative dates such as 1822 or 1824. [3] It is known that they were written during Schubert's stay at Count Johann Karl Esterházy's summer home in Zseliz in Hungary (this is now Želiezovce in Slovakia). He had accepted a job there as music teacher to the Count's daughters, and these and similar works were written for instructional purposes.

They are all in ternary form, with a central trio leading to a reprise of the main march.

Recordings of the original piano 4-hand version include those by Christoph Eschenbach and Justus Frantz; Radu Lupu and Daniel Barenboim; Robert Levin and Malcolm Bilson; Evgeny Kissin and James Levine; and Artur Schnabel and Karl Ulrich Schnabel. [6] The composition appears in the 1932 shortfilm Santa's Workshop and there are also Christmas-lyrics in Swedish, as."Önskelistan" ("the Wishlist") written by Gunlis Österberg., [7] also known as "Vi vill ha skridskor, en häst och en rymdraket" ("We want iceskates, a horse and a rocket-spacecraft"). 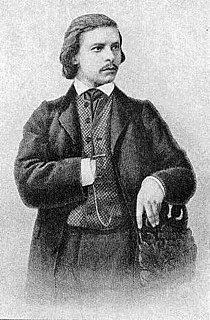 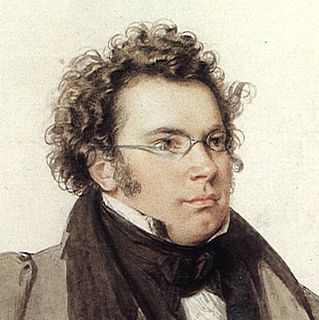 The String Quartet No. 13 in A minor, D 804, Op. 29, was written by Franz Schubert between February and March 1824. It dates roughly to the same time as his monumental Death and the Maiden Quartet, emerging around three years after his previous attempt to write for the string quartet genre, the Quartettsatz, D 703, that he never finished. 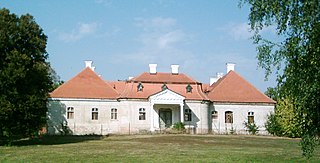 Franz Schubert wrote his Sonata in C major for piano four-hands, D 812, in June 1824 during his second stay at the Esterházy estate in Zseliz. The extended work, in four movements, has a performance time of around 40 to 45 minutes. It was published as Grand Duo, Op. 140, in 1837, nine years after the composer's death.

Hyacinthe Jadin was a French composer who came from a musical family. His uncle Georges Jadin was a composer in Versailles and Paris, along with his father Jean Jadin, who had played bassoon for the French Royal Orchestra. He was one of five musical brothers, the best known of whom was Louis-Emmanuel Jadin.

Schubert's Symphony No. 10 in D major, D 936A, is an unfinished work that survives in a piano sketch. Written during the last weeks of the composer's short life, it was only properly identified in the 1970s. It has been orchestrated by Brian Newbould in a completion that has subsequently been performed, published and recorded.

Six moments musicaux, D. 780 is a collection of six short pieces for solo piano composed by Franz Schubert. The movements are as follows:

The Piano Sonata in G major D. 894, Op. 78 by Franz Schubert is a sonata for solo piano, completed in October 1826. The work is sometimes called the "Fantasie", a title which the publisher Tobias Haslinger, rather than Schubert, gave to the first movement of the work. It was the last of Schubert's sonatas published during his lifetime, and was later described by Robert Schumann as the "most perfect in form and conception" of any of Schubert's sonatas. A typical performance runs approximately 35 minutes.

Franz Schubert's Piano Sonata in A minor, D 784, is one of Schubert's major compositions for the piano. Schubert composed the work in February 1823, perhaps as a response to his illness the year before. It was however not published until 1839, eleven years after his death. It was given the opus number 143 and a dedication to Felix Mendelssohn by its publishers. The D 784 sonata, Schubert's last to be in three movements, is seen by many to herald a new era in Schubert's output for the piano, and to be a profound and sometimes almost obsessively tragic work.

Franz Schubert's Piano Sonata in D major D. 850, Op. 53, known as the Gasteiner, was written during August 1825 whilst the composer was staying in the spa town of Bad Gastein. A year later, it became only the second of his piano sonatas to be published.

The Piano Sonata in F-sharp minor D 571, was composed by Franz Schubert in July 1817. The sonata was first published long after the composer's death in 1888 by Breitkopf & Härtel.

Franz Schubert's last three piano sonatas, D 958, 959 and 960, are his last major compositions for solo piano. They were written during the last months of his life, between the spring and autumn of 1828, but were not published until about ten years after his death, in 1838–39. Like the rest of Schubert's piano sonatas, they were mostly neglected in the 19th century. By the late 20th century, however, public and critical opinion had changed, and these sonatas are now considered among the most important of the composer's mature masterpieces. They are part of the core piano repertoire, appearing regularly on concert programs and recordings.

The Fantasia in F minor by Franz Schubert, D.940, for piano four hands, is one of Schubert's most important works for more than one pianist and one of his most important piano works altogether. He composed it in 1828, the last year of his life, and dedicated it to his pupil Caroline Esterházy.

The ‘’'Violin Sonata’'’ No. 4 in A major, Op. posth. 162, D 574, for violin and piano by Franz Schubert was composed in 1817. This sonata, composed one year after his first three sonatas for the same instruments, is a much more individual work, showing neither the influence of Mozart, as in these previous works, nor of Rossini, as in the contemporaneous 6th Symphony.

Mass No. 6 in E-flat major, D 950, is a mass composed by Franz Schubert, a few months before his death. It is scored for two tenor soloists, soprano, alto and bass soloists, SATB choir with divisi, 2 oboes, 2 clarinets, 2 bassoons, 2 horns, 2 trumpets, 3 trombones, timpani, violin I and II, viola, cello, and double bass. It was Schubert's final setting of the order of Mass, and is classified as a missa solemnis.

The Sonata in B-flat major for piano four-hands, D 617 by Franz Schubert, is the first of two sonatas for two pianists the composer wrote in his lifetime, the other being the Grand Duo of 1824.