Piaget's aim in the Three Mountain Problem was to investigate egocentrism in children's thinking. The original setup for the task was:

The child is seated at a table where a model of three mountains is presented in front. The mountains were of different sizes, and they had different identifiers (one mountain had snow; one had a red cross on top; one had a hut on top). [3] The child was allowed to do a 360 surveillance of the model. Upon having a good look at the model, a doll is placed at different vantage points relative to the child, and the child is shown 10 photographs. The child is to select which of the 10 photographs best reflects the doll's view. Children of different ages were tested using this task to determine the age at which children begin to 'decenter,' or take the perspective of others.

The findings showed that at age 4, children would choose the photograph that best reflected with their own view. [3] At age 6, an awareness of perspective different from their own could be seen. Then, by ages 7–8, children can clearly acknowledge more than one point of view and consistently select the correct photograph.

What is implied is that the child's selection is based on egocentric thinking. Egocentric thinking is looking at the world from the child's point of view solely, thus "an egocentric child assumes that other people see, hear, and feel exactly the same as the child does.” [4] This is consistent with the results for the preoperational age range as they selected photographs paralleling their own view.

On a similar note, these results help Piaget home in on what age children show the capacity to decenter their thoughts, otherwise seen in a deviation away from egocentric thinking. Preoperational children have not achieved this yet; their thinking is centered, which is defined as a propensity to focus on one salient aspect or one dimension of a problem while simultaneously neglecting other potentially relevant aspects. [5]

The concept of centration is observed predominantly in children in the preoperational stage of cognitive development. [6] Conversely, children in the concrete operational stage demonstrate decentration - an ability to recognize alternate point of views and a straying away from egocentric thinking. Piaget concluded that, by age 7, children were able decenter their thoughts and acknowledge perspectives different than their own. This was evidenced by the consistent and correct selection of photographs by seven- and eight-year-olds in the 1956 study.

There has been some criticism that the Three Mountain Problem was too difficult for the children to understand, compounded with the additional requirement of matching their answer to a photograph. Martin Hughes conducted a study in 1975 called the Policeman Doll Study. Two intersecting walls were used to create different quadrants, and “policeman" dolls were moved in various locations. The children were asked to hide another doll, a “boy” doll, away from both policemen's views. The results showed that among the sample of children ranging from ages 3.5-5, 90% gave correct answers. When the stakes were raised and additional walls and policeman dolls were added, 90% of four-year-olds were still able to pass the task. [7] Hughes claimed that because this task made more sense to the child (with a primer session with one police doll to guarantee this), children were able to exhibit a loss of egocentric thinking as early as four years of age. [8]

Variations of the Three Mountain Problem

Common criticism of the Three Mountain Problem is about the complexity of the task. In 1975, another researcher by the name of Helen Borke replicated the task using a farm area with landmarks such as a lake, animals, people, trees, and a building. [9] A character from Sesame Street, Grover, was put in a car, and he was driven around the area. When he stopped to "take a look at the scenery," children were asked what the landscape looked like from Grover's perspective. The results showed that children as young as three-years-old were able to perform well, and they showed evidence of perspective-taking, [10] the ability to understand a situation from an alternate point of view. Hence, evaluation of Piaget's Three Mountain Problem has shown that using objects more familiar to the child and making the task less complex will produce different results than the original study. [11] 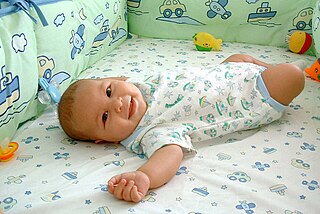 Information processing is the change (processing) of information in any manner detectable by an observer. As such, it is a process that describes everything that happens (changes) in the universe, from the falling of a rock to the printing of a text file from a digital computer system. In the latter case, an information processor is changing the form of presentation of that text file .The computers up to this period function on the basis of programmes saved in the memory, they have no intelligence of their own.

The psychology of learning is a theoretical science that covers the various psychological theories that relate with learning. Throughout history, there has been many various psychological learning theories. Some take on a more behaviorist approach which focuses on inputs and reinforcements. Other approaches, such as theories related to neuroscience and social cognition, focus more on the brain's organization and structure to define learning. Some psychological approaches, such as social constructivism, focus more on one's interaction with the environment and with others. Other theories, such as those related to motivation, like the growth mindset, focus more on the individual.

Piaget's theory of cognitive development is a comprehensive theory about the nature and development of human intelligence. It was originated by the Swiss developmental psychologist Jean Piaget (1896–1980). The theory deals with the nature of knowledge itself and how humans gradually come to acquire, construct, and use it. Piaget's theory is mainly known as a developmental stage theory. Piaget "was intrigued by the fact that children of different ages made different kinds of mistakes while solving problems". He also believed that children are not like "little adults" who may know less; children just think and speak differently. By Piaget thinking that children have great cognitive abilities, he came up with four different cognitive development stages, which he put out into testing. Within those four stages he managed to group them with different ages. Each stage he realized how children managed to develop their cognitive skills. For example, he believed that children experience the world through actions, representing things with words, thinking logically, and using reasoning. 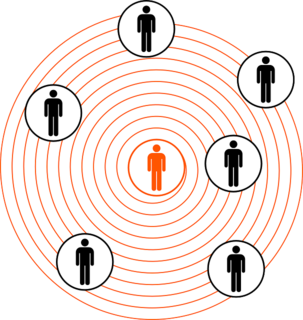 Conservation refers to a logical thinking ability that allows a person to determine that a certain quantity will remain the same despite adjustment of the container, shape, or apparent size, according to the psychologist Jean Piaget. His theory posits that this ability is not present in children during the preoperational stage of their development at ages 2–7 but develops in the concrete operational stage from ages 7–11.

In psychology, centration is the tendency to focus on one salient aspect of a situation and neglect other, possibly relevant aspects. Introduced by the Swiss psychologist Jean Piaget through his cognitive-developmental stage theory, centration is a behaviour often demonstrated in the preoperational stage. Piaget claimed that egocentrism, a common element responsible for preoperational children's unsystematic thinking, was causal to centration. Research on centration has primarily been made by Piaget, shown through his conservation tasks, while contemporary researchers have expanded on his ideas.

Stage theories are based on the idea that elements in systems move through a pattern of distinct stages over time and that these stages can be described based on their distinguishing characteristics. Specifically, stages in cognitive development have a constant order of succession, later stages integrate the achievements of earlier stages, and each is characterized by a particular type of structure of mental processes which is specific to it. The time of appearance may vary to a certain extent depending upon environmental conditions.

The imaginary audience refers to a state where an individual imagines and believes that multitudes of people are enthusiastically listening to or watching him or her. Though this state is often exhibited in young adolescence, people of any age may harbor a fantasy of an imaginary audience.

According to Alberts, Elkind, and Ginsberg the personal fable "is the corollary to the imaginary audience. Thinking of himself or herself as the center of attention, the adolescent comes to believe that it is because he or she is special and unique". It is found during the formal operational stage in Piagetian theory, along with the imaginary audience. Feelings of invulnerability are also common. The term "personal fable" was first coined by the psychologist David Elkind in his 1967 work Egocentrism in Adolescence.

Genetic epistemology or 'developmental theory of knowledge' is a study of the origins (genesis) of knowledge (epistemology) established by Jean Piaget.

Domain-general learning theories of development suggest that humans are born with mechanisms in the brain that exist to support and guide learning on a broad level, regardless of the type of information being learned. Domain-general learning theories also recognize that although learning different types of new information may be processed in the same way and in the same areas of the brain, different domains also function interdependently. Because these generalized domains work together, skills developed from one learned activity may translate into benefits with skills not yet learned. Another facet of domain-general learning theories is that knowledge within domains is cumulative, and builds under these domains over time to contribute to our greater knowledge structure. Psychologists whose theories align with domain-general framework include developmental psychologist Jean Piaget, who theorized that people develop a global knowledge structure which contains cohesive, whole knowledge internalized from experience, and psychologist Charles Spearman, whose work led to a theory on the existence of a single factor accounting for all general cognitive ability. 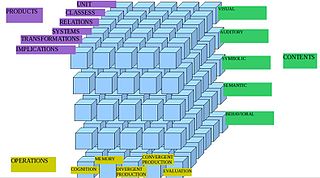 Mental operations are operations that affect mental contents. Initially, operations of reasoning have been the object of logic alone. Pierre Janet was one of the first to use the concept in psychology. Mental operations have been investigated at a developmental level by Jean Piaget, and from a psychometric perspective by J. P. Guilford. There is also a cognitive approach to the subject, as well as a systems view of it.

Role-taking theory is the social-psychological concept that one of the most important factors in facilitating social cognition in children is the growing ability to understand others’ feelings and perspectives, an ability that emerges as a result of general cognitive growth. Part of this process requires that children come to realize that others’ views may differ from their own. Role-taking ability involves understanding the cognitive and affective aspects of another person's point of view, and differs from perceptual perspective taking, which is the ability to recognize another person's visual point of view of the environment. Furthermore, albeit some mixed evidence on the issue, role taking and perceptual perspective taking seem to be functionally and developmentally independent of each other.