Throat Full of Heart is the fifth album by the Los Angeles based metal band My Ruin.

The album was released in January 2008. It includes artwork by the vocalist Tairrie B, along with My Ruin's first ever full-length DVD with the music videos for "Ready For Blood" and "Religiosity" with bonus and behind-the-scenes footage of The Making of RFB by the guitarist Mick Murphy. The disc also includes a mini-movie of My Ruin In the Studio with never before seen footage of Tairrie B recording vocals for the new album and a very personal video/photo film she put together documenting her accident from the injury to the recovery. 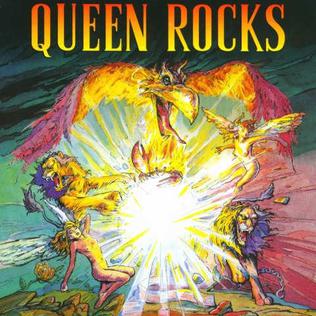 Queen Rocks is a compilation album by the British rock band Queen, released on 3 November 1997.

My Ruin is an American alternative metal band from Los Angeles, California, composed of the husband and wife duo Tairrie B and Mick Murphy. The band has been through various line-up changes since its formation in 1999. Its fanbase is mostly in the UK. Its sound consists of passionate vocals set against heavy rock beats. Vocalist Tairrie B Murphy has cultivated a reputation both on and off the stage for her aggressive performances and acerbic vocal style. Over the decade since the band's formation, the sound has evolved and become heavier with each record, with Mick Murphy's guitar playing becoming a prominent feature along with his solos and riffs. 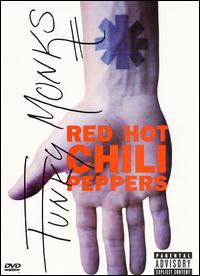 Funky Monks is a 1991 documentary about the rock band Red Hot Chili Peppers and the recording of their highly successful 1991 Warner Bros. debut Blood Sugar Sex Magik. The album was produced by Rick Rubin and recorded in The Mansion, a supposedly haunted house which Rubin now owns. The 60-minute documentary, which was filmed in black-and-white, features footage of the band recording many of the tracks that made the album, and tracks that didn't make the album although would be released as singles and b-sides. It also features interviews from each member of the band, as well as Rick Rubin and the band's former and longtime manager, Lindy Goetz. Footage from the documentary was compiled for use in the "Suck My Kiss" music video, which was released in 1992. Funky Monks was originally released on VHS but was re-released on DVD. It was filmed and directed by Gavin Bowden. 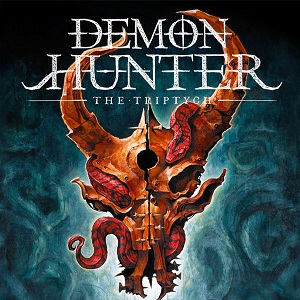 The Triptych is the third full-length album by metalcore band Demon Hunter which was released October 25, 2005. Produced by Aaron Sprinkle and mixed by Machine, The Triptych had three different album covers—implying a traditional triptych—by Dan Seagrave.

The Twisted Logic Tour was a global concert tour by British alternative rock band Coldplay in support of their third studio album, X&Y (2005). The year-long tour took the band across Europe and their native United Kingdom, as well as to the United States and Canada. The main legs of the tour concluded in July 2006 after shows in Asia & Australia, with the band resting for a lengthy period of time, and beginning production of their fourth studio album Viva La Vida or Death and All His Friends in November. In the beginning of 2007, a final leg in Latin America concluded the tour entirely in March, after about a dozen shows. Pollstar reported that the 2005 North American leg grossed an estimated $24.1 million. The second leg of the North American tour ended 6 April 2006 at the Wachovia Center in Philadelphia.

Tairrie B is an American singer and rapper.

Bardeux is a dance duo from the 1980s. The group was formed in 1986 and consisted of Stacy "Acacia" Smith and Tairrie B. The group's first single "Three Time Lover", went to #10 on Billboard's Hot Dance Singles Sales chart. Tairrie B left the group to pursue a solo career and was replaced by Lisa "Jaz" Teaney. In 1988 the group released their album Bold as Love and their second single "Magic Carpet Ride". The single went to #5 on Billboard's Hot Dance Singles Sales chart and #81 on the Billboard Hot 100. The group performed the song on Club MTV. "When We Kiss", the third single from the album, would turn out to be the group's biggest hit going all the way to #36 on the Billboard Hot 100. The fourth single released from the album, "Bleeding Heart", was a top 40 hit on the Billboard's Hot Dance Singles Sales chart. A fifth and last single release from that album, "Hold Me, Hold Me" did not chart. 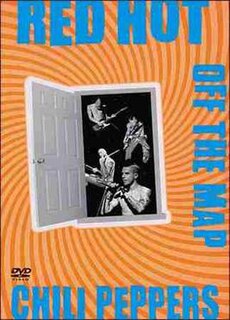 Off the Map is a VHS and DVD released by the American alternative rock band Red Hot Chili Peppers in 2001, two years following the release of their seventh studio album, Californication. The video runs as a full concert but is edited to include parts from various concerts from the band's 2000s North American tour. 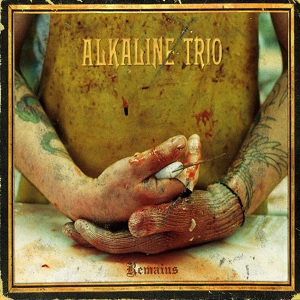 Remains is a compilation album from Alkaline Trio. 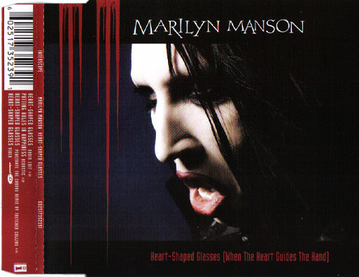 "Heart-Shaped Glasses " is a song by Marilyn Manson. It was released as the first single from their sixth album, Eat Me, Drink Me released on June 5, 2007. 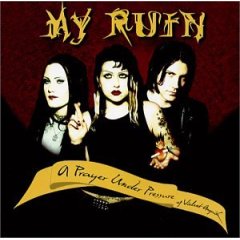 A Prayer Under Pressure of Violent Anguish is the second full-length album released by the metal band My Ruin.

The Horror of Beauty is the third full-length album by the metal band My Ruin.

The Shape Of Things To Come... is the first EP released by the metal band My Ruin. It includes the song "Made To Measure" from the following album, The Horror of Beauty, in both its original version and a radio edit.

The Brutal Language is the fourth full-length album released by the metal band My Ruin. Metal Express Radio described the lyrics as evil but with a humorous side.

Devonté Hynes, also known as Blood Orange and formerly Lightspeed Champion, is an English singer, songwriter, record producer and director. From 2004 to 2006, Hynes was a member of the band Test Icicles, playing guitar, synth, and occasionally performing vocals. They released one full-length album in 2005. Hynes went on to release two solo studio albums as Lightspeed Champion and subsequently four more as Blood Orange, between 2008 and 2018.

Ghosts and Good Stories is the sixth studio album by the Los Angeles-based metal band My Ruin, released on 20 September 2010. The album marked 10 years for the husband and wife duo Tairrie B Murphy and Mick Murphy making music together as My Ruin.

Vintage Curses is the second studio album by American rapper Tairrie B, released August 14, 2015 as a free download via her official bandcamp page. The album marked her return to rap music after a hiatus of more than 20 years spent fronting heavy metal bands Tura Satana, Manhole and My Ruin.

Mick Murphy is an American guitarist and multi-instrumentalist best known for his time with My Ruin and Teenage Time Killers. Murphy's playing style includes elements of classic rock and heavy metal as well as jazz, hardcore punk and thrash dance.