This disambiguation page lists articles associated with the title Throop.
If an internal link led you here, you may wish to change the link to point directly to the intended article.

The California Institute of Technology (Caltech) is a private research university in Pasadena, California. The university is known for its strength in science and engineering, and is among a small group of institutes of technology in the United States which is primarily devoted to the instruction of pure and applied sciences. Caltech is ranked among the best academic institutions in the world and is among the most selective in the U.S.

Bradley is an English surname derived from a place name meaning "broad wood" or "broad meadow" in Old English.

George Brown may refer to:

Enos or Enosh may refer to: 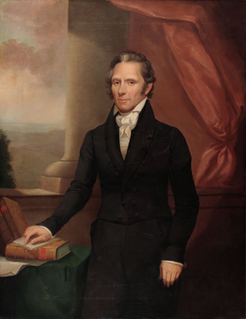 Enos Thompson Throop was an American lawyer, politician, and diplomat who was the tenth Governor of New York from 1829 to 1832.

Broadway may refer to:

John Johnson may refer to:

Meeker may refer to:

James Burke may refer to:

George Johnson may refer to:

Amos Gager Throop was an American businessman and politician in Chicago, Illinois during the 1840s and 1850s. Most famously he was known for being a staunch abolitionist prior to the Civil War. He served as a Chicago alderman from the 4th Ward from 1849 through 1853. In Chicago, he lost two campaigns to be that city's mayor in 1852 and 1854. In both elections he was the nominee of the little-known Temperance Party, facing tough opposition from the Democratic Party. At the time of the Great Chicago Fire Throop was the City Treasurer of Chicago. He was instrumental in securing financing from New York to rebuild the wooden frontier town into a city of brick and mortar. Grateful Chicagoans renamed Main Street to Throop Street. Many years later and after moving to California, he was finally elected mayor—of Pasadena, California in 1888.

George Miller may refer to:

John O'Connell may refer to:

George Throop may refer to:

Joseph or Joe Scott may refer to:

George Lynford Throop is a retired American professional baseball player. A right-handed pitcher, Throop appeared in 30 games — all in relief — over parts of four Major League seasons between 1975 and 1979. He was listed at 6 feet 7 inches (2.01 m) tall and weighed 205 pounds (93 kg). 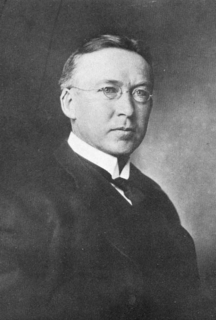 James A. B. Scherer (1870–1944) served as the last President of the Throop Polytechnic Institute from 1908 to 1920 prior to its renaming to the California Institute of Technology in 1921. Before being asked by George Ellery Hale to serve as President of Throop, Scherer was a Lutheran minister, one of the founders of the Japan Evangelical Lutheran Church. He is responsible for the foundations of Caltech and helped bring Arthur Noyes and Robert Millikan to Caltech to complete the driving triumvirate.

John O'Donnell may refer to: