Through the Sluice Gates 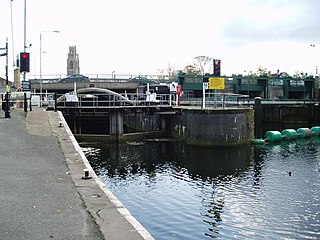 The River Witham is a river almost entirely in the county of Lincolnshire in the east of England. It rises south of Grantham close to South Witham at SK8818, passes Lincoln at SK9771 and at Boston, TF3244, flows into The Haven, a tidal arm of The Wash, near RSPB Frampton Marsh. The name "Witham" seems to be extremely old and of unknown origin. Archaeological and documentary evidence shows the importance of the Witham as a navigable river from the Iron Age onwards. From Roman times it was navigable to Lincoln, from where the Fossdyke was constructed to link it to the River Trent. The mouth of the river moved in 1014 following severe flooding, and Boston became important as a port.

The River Great Ouse is a river in the United Kingdom, the longest of several British rivers called "Ouse". From Syresham in central England, the Great Ouse flows into East Anglia before entering the Wash, a bay of the North Sea. With a course of 143 miles (230 km), mostly flowing north and east, it is the one of the longest rivers in the United Kingdom. The Great Ouse has been historically important for commercial navigation, and for draining the low-lying region through which it flows; its best-known tributary is the Cam, which runs through Cambridge. Its lower course passes through drained wetlands and fens and has been extensively modified, or channelised, to relieve flooding and provide a better route for barge traffic. Though the unmodified river probably changed course regularly after floods, it now enters the Wash after passing through the port of King's Lynn, south of its earliest-recorded route to the sea. 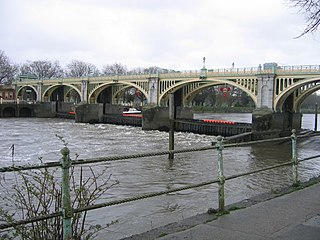 Richmond Lock and Footbridge is a lock, rising and falling low-tide barrage integrating controlled sluices and pair of pedestrian bridges on the River Thames in south west London, England and is a Grade II* listed structure. It is the furthest downstream of the forty-five Thames locks and the only one owned and operated by the Port of London Authority. It was opened in 1894 and is north-west of the centre of Richmond in a semi-urban part of south-west London. Downstream are Syon Park and Kew Gardens on opposite banks. It connects the promenade at Richmond with the neighbouring district of St. Margarets on the west bank during the day and is closed at night to pedestrians - after 19:30 GMT or after 21:30 when BST is in use. At high tide the sluice gates are raised and partly hidden behind metal arches forming twin footbridges. 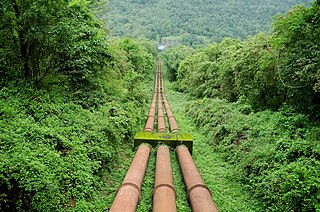 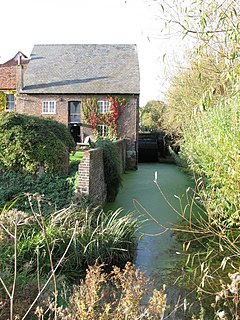 The Reda is a river in northern Poland in the Pomeranian Voivodship. It empties into the Bay of Puck, a part of Gdańsk Bay.

The Chakra River is a river flowing through Kundapur and Gungolli in western India. It joins with the Souparnika River, Varahi River and Kubja River known as Panchagangavali river and merges into the Arabian Sea.

Mavil Aru is a waterway that supplies water to some regions of eastern Sri Lanka. 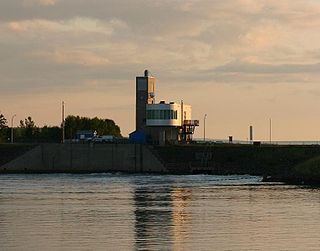 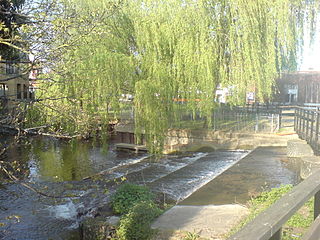 The River Dene is a small river in Warwickshire, England.

The Ljubljanica Sluice Gate, or the Partition, is a sluice gate and a triumphal arch on the Ljubljanica River in Ljubljana, the capital of Slovenia. It is located between Cukrarna and Vraz Square in the Center District, east of the Ljubljana old town, a bit downstream of Ambrož Square. It was designed in 1939 by the Slovene architect Jože Plečnik, who envisaged it as a monumental farewell to the Ljubljanica River on its exit from the Ljubljana city centre. It was planned to be used as a footbridge as well. The sluice gate was built with a lot of trouble from 1940 until 1943 by the constructor Matko Curk. Since July 2009, it has been protected as a monument of national significance, along with other major works by Plečnik. 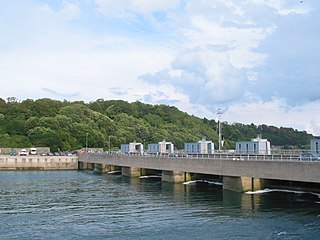 The North Jiangsu Main Irrigation Canal is located in the lower reaches of the Huai River, one of the major rivers of northern Jiangsu Province in eastern China. It originates at Gaoliangjian on Hongze Lake and runs through Hongze, Qingpu, Huai'an, Funing, Sheyang and Binghai county(or district) and joins the artificial estuary of Biandan Harbour. The canal is 168 km in length and can irrigate 1,720,000 hectares of farmland. The construction program was organized and directed by the headquarters of the Jiangsu Huai River management program between October 1951 and May 1952. 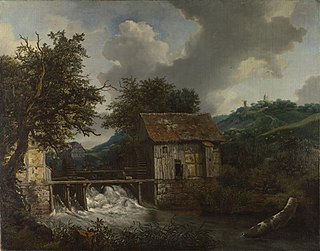