"Thu Tran is a writer and producer, known for Food Party (2009)." [2] Thu Tran is the [3] star of the Independent Film Channel television show Food Party and MTVother web series Late Night Munchies. She is of Vietnamese descent and was raised in Cleveland, Ohio. [4] She now lives in Brooklyn. [5] She crafts many of the puppets herself. [6] She is also a cook. [7] Thu first learned to cook from her parents and then attended the Cleveland Institute for Art. She then moved to New York and created food-themed art installations. [8]

Thu was named on Splashlife's list of 30 Under 30: Futuristic Foodies. [9]

Amanda Kathleen Borden is a retired American gymnast. She was the captain of the gold medal-winning United States team in the 1996 Summer Olympics, the Magnificent Seven; a team medalist at the World Championships, and a multiple medalist at the 1995 Pan American Games. Borden was known for her clean form and technique, as well as her vivacious, encouraging presence.

Balance Bar, sometimes styled as balance bar, is the brand name of a nutritional energy bar based on the 40-30-30 dietary principle, that is, a diet containing 40% carbohydrate, 30% protein and 30% dietary fat. The 40-30-30 nutritional philosophy was popularized by Dr. Barry Sears, a biochemist, and later expounded in his Zone diet books. 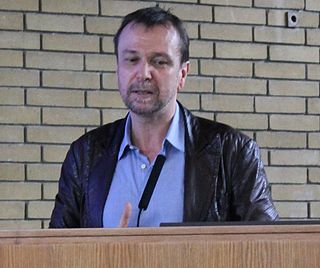 David Thompson is an Australian chef, restaurateur and cookery writer, known for his skill and expertise in Thai cuisine.

Alana Semuels is an American journalist working as a staff writer for The Atlantic in San Francisco, California. Semuels, born in Belmont, Massachusetts, attended Harvard University, where she earned Bachelor of Arts in American history and literature. She also received a Rotary Scholarship to study at the London School of Economics, where she received a master's degree. While in London, Semuels was a correspondent for The Boston Globe newspaper. 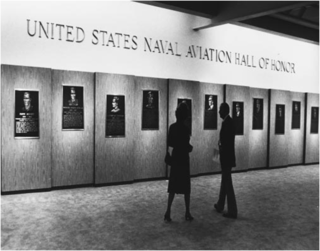 The United States Naval Aviation Hall of Honor, located at the National Naval Aviation Museum in Pensacola, Florida, recognizes individuals "who by their actions or achievements made outstanding contributions to Naval Aviation." Since its inception in 1979, the Hall of Honor has enshrined 80 people representing every element of the naval aviation family: U.S. Navy, U.S. Marine Corps, U.S. Coast Guard, Civilian and every naval aviation warfare community. Selectees are chosen by a board appointed by the Director, Air Warfare Division, Office of the Chief of Naval Operations, sponsor of the Hall of Honor, and approved by the Chief of Naval Operations. 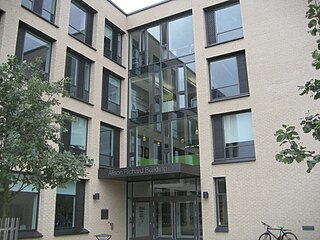 Food Party is an American television series that airs on the Independent Film Channel in the United States.

Ralph Richard Banks is a professor at Stanford Law School, where he has taught since 1998. He also teaches at the Stanford Graduate School of Education. His scholarship focuses on race, inequality and the law. He published the book Is Marriage for White People?: How the African American Marriage Decline Affects Everyone in 2011.

Ken Bolam is a British film and TV composer and producer, who has worked extensively over the past twenty years. He is best known for his work on popular TV shows such as Ready Steady Cook (BBCTV), Derren Brown - The Events, and The Cube (ITV1), as well as on the BAFTA award-winning Jim Henson TV series The Hoobs. Recent work includes many credits for TV shows written together with Nick Foster.

Henry Manuel Andrade is an American-Cape Verdean hurdler. One of the best hurdlers in the United States during the 1980s and early 1990s who, after years of frustration in the American Olympic Trials, achieved his opportunity to compete in the Olympics by obtaining dual citizenship through his parent's ancestry and representing the Cape Verde Islands in the 1996 Summer Olympics at the age of 34. Unfortunately, when his olympic moment was to occur, he showed up with a severe injury and was unable to make it out of the heats. Earlier in the season, he set the Cape Verde national record in the 110 hurdles 13.78 at the Modesto Relays. 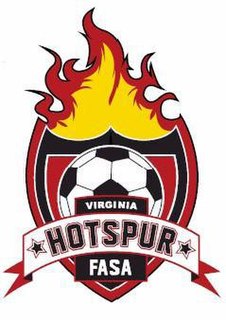 Fredericksburg Hotspur is an American soccer team based in Fredericksburg, Virginia, United States. Founded in 2010, the team played in the USL Premier Development League (PDL), the fourth tier of the American Soccer Pyramid, in the South Atlantic Division of the Eastern Conference.

Leslie Maxie is a retired American track and field athlete and subsequently a television broadcast journalist.

Mark Velasquez is a photographer who competed on the first season of Bravo's reality television competition, Work of Art: The Next Great Artist.