Last updated March 07, 2019
This article is about the 50 Cent song. For the Bone Thugs-n-Harmony song with 2pac, see Thug Luv.

"Thug Love" is a song recorded by American rapper 50 Cent for his debut studio album Power of the Dollar (2000). The song was written by 50 Cent, Rashad Smith, Joshua Michael Schwartz, Brian Kierulf and Tye-V Turman and was produced by Smith with co-production from Schwartz and Kierulf. The song features guest vocals from American girl group Destiny's Child. A music video was to be filmed to accompany the song, but was cancelled when 50 Cent was shot nine times three days before the video was scheduled to be filmed. [2]

Curtis James Jackson III, known professionally as 50 Cent, is an American rapper, singer, songwriter, actor, television producer, entrepreneur, and investor. Born in the South Jamaica neighborhood of the borough of Queens, Jackson began selling drugs at age twelve during the 1980s crack epidemic. He later began pursuing a musical career and in 2000 he produced Power of the Dollar for Columbia Records, but days before the planned release he was shot and the album was never released. In 2002, after Jackson released the compilation album Guess Who's Back?, he was discovered by Eminem and signed to Shady Records, under the aegis of Dr. Dre's Aftermath Entertainment and Interscope Records. 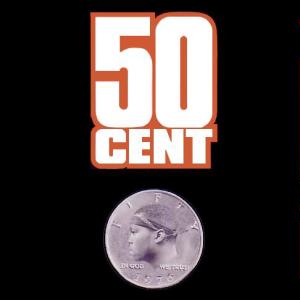 Power of the Dollar is the unreleased studio album by American hip hop recording artist 50 Cent. The album was originally set to be released as his major-label debut in 2000 by Columbia Records. However, the album's release was cancelled after Columbia discovered that 50 Cent was struck by nine bullets in a shooting that took place two months before the album was set to release. Because of this, 50 Cent was later dropped from the label. Subsequently, the album was heavily bootlegged.. There are currently no plans to release the album on compact disc.

Joshua Ian Schwartz is an American screenwriter and television producer. Schwartz is best known for creating and executive producing the Fox teen drama series The O.C. which ran for 4 seasons. Schwartz is also known for developing The CW's series Gossip Girl based on the book series of the same name and for co-creating NBC's action-comedy-spy series, Chuck. 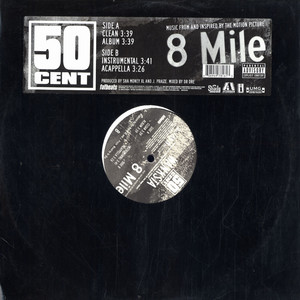 "Wanksta" is a song by American rapper 50 Cent, released on November 5, 2002, as the second single from the soundtrack to the film 8 Mile (2002). The single, produced by Sha Money XL and John "J-Praize" Freeman, reached number 13 on the US Billboard Hot 100. The song originally appeared on 50 Cent's mixtape No Mercy, No Fear, released in August 2002. 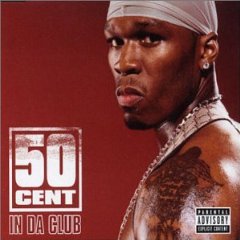 "In da Club" is a song by American rapper 50 Cent from his debut studio album Get Rich or Die Tryin' (2003). The track was written by the rapper, Dr. Dre and Mike Elizondo, and produced by Dr. Dre with co-production credit from Elizondo. The song was released in January 2003 as the album's lead single and peaked at number one on the US Billboard Hot 100, becoming 50 Cent's first number-one single on that chart.

Stephanie Dorthea Mills is an American singer, songwriter and actress. Mills rose to stardom as "Dorothy" in the original Broadway run of the musical The Wiz from 1975 to 1977. The song "Home" from the show later became a Number 1 U.S. R&B hit for Mills and her signature song. During the 1980s, Mills scored five Number 1 R&B hits, including "Home", "I Have Learned to Respect the Power of Love", "I Feel Good All Over", "(You're Puttin') A Rush on Me" and "Something in the Way ". Mills' won a Grammy Award for Best Female R&B Vocal Performance for her song "Never Knew Love Like This Before" in 1981. 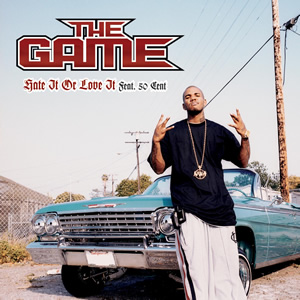 "Hate It or Love It" is a single by American rapper and West Coast hip hop artist The Game, featuring vocals from his former G-Unit member 50 Cent. It was released as the third official single from The Game's debut studio album The Documentary (2005). The song features production from duo Cool & Dre, with additional production from Dr. Dre. The song features a music sample of "Rubber Band" by The Trammps from their debut album The Legendary Zing Album (1975). "Hate It or Love It" achieved commercial success worldwide. The track peaked within the top 10 in multiple countries, including the United Kingdom, Ireland, Netherlands and New Zealand. The single was commercially successful in the United States, peaking at number two on the Billboard Hot 100 for five consecutive weeks, becoming The Game's second top-five single on the chart as a lead artist and 50 Cent's eighth overall top-ten hit. "Anticipating" is a song recorded by American singer Britney Spears for her self-titled third studio album, Britney (2001). It was written by Spears alongside the song's producers Brian Kierulf and Josh Schwartz. The song was released on June 21, 2002, by Jive Records, as the fifth single from the album, exclusive to France. "Anticipating" is a disco, dance-pop, and teen pop song, influenced by R&B. Lyrically, the song is about friendship and camaraderie between women. It was met with critical praise, with reviewers complimenting its empowering lyrics and comparing it to the 1980s compositions of Madonna, Rick Astley and Janet Jackson's "All for You". 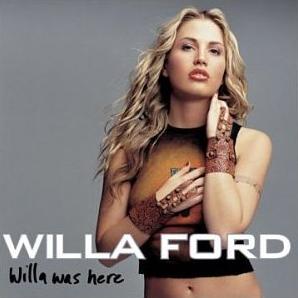 Willa Was Here is the debut and only album by American pop singer Willa Ford, released on July 17, 2001 in the United States on the former Atlantic imprint Lava Records. The album debuted and peaked at number fifty-six on the Billboard 200 chart. It spawned the top twenty-five hit single "I Wanna Be Bad", which sold over 250,000 copies, as well as "Did Ya' Understand That", which failed to chart. The album also contained a hyper link to the video for "I Wanna Be Bad". "Ooh Ooh" was released as a promotional single, but failed to chart as well. Ford co-wrote nine of the twelve tracks.

"Hands Up" is the only single from Lloyd Banks's second album, Rotten Apple. The chorus is sung by fellow G-Unit rapper 50 Cent. "Hands Up" peaked at #84 on the Billboard Hot 100. The song is produced by Eminem and was released as a digital download on July 25, 2006. It is also included on the soundtrack for the video game Saints Row 2.

"My Only Wish " is a pop Christmas song performed by American recording artist Britney Spears. It was written by Brian Kierulf, Josh Schwartz and Spears. It was released originally in the Christmas compilation album Platinum Christmas. In it Spears asks Santa Claus to find her a lover during the holidays. The track received mixed to positive reviews from music critics. However, close to a decade after its release, reviewers felt the song could be considered a holiday classic. "My Only Wish " has charted in various countries, mainly on Billboard's Holiday Songs in 2011 and 2012. On October 22, 2013, an audio-only video of the song was uploaded on Britney Spears' Vevo account.

Brian Kierulf is a songwriter and producer from the United States. He usually writes songs with Joshua M. Schwartz. They are a part of KNS Productions. 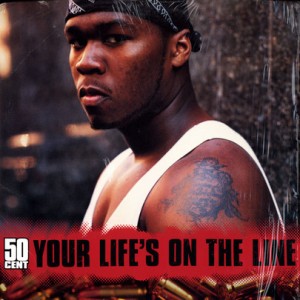 "Your Life's on the Line" is a song by rapper 50 Cent, from his shelved debut studio album Power of the Dollar (2000). The song was released as the third and final single from the album in 1999 and peaked at number 37 on the Billboard Hot Rap Singles chart. It contains a diss towards rapper Ja Rule and his record label Murder Inc.

"Get Up" is a single by rapper 50 Cent, produced by Scott Storch. It was initially released as the official first single from his fourth studio album Before I Self Destruct, but it was later replaced by "Baby by Me", thus becoming an outtake from that album, and was only released in digital download on October 7, 2008 via Shady Records, Aftermath and Interscope.

"Baby By Me" is the lead single by US rapper 50 Cent from his fourth studio album Before I Self Destruct. It was commercially released on September 10, 2009. The song is produced by Polow Da Don and William Tyler, and written by Curtis Jackson, Jamal Jones, William Tyler and Shaffer Smith. It features vocals by R&B singer Ne-Yo.

"Down on Me" is a song by American singer Jeremih, produced by Mick Schultz and Keith James, and mixed by mix engineer Ken Lewis. The song features rapper 50 Cent, and is the second single off his second album All About You. The song was released to US radio stations on October 12, 2010 by Def Jam.

"Do It Like That" is a song by Australian recording artist Ricki-Lee Coulter. She wrote the song with Brian Kierulf and Josh Schwartz of KNS Productions, who previously worked on her 2007 single "Can't Touch It". It was produced by KNS Productions, Scott Horscroft and Eric J Dubowsky. "Do It Like that" was released for digital download on 23 March 2012, as the second single from Coulter's third studio album Fear & Freedom (2012). She stated that the song is about "having fun and it's about dancing". "Do It Like That" earned Coulter her first ARIA Music Award nomination for Song of the Year. 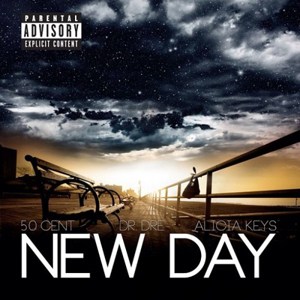 "New Day" is a song by American hip hop recording artist 50 Cent. The song was released on July 27, 2012, originally as a single from his upcoming fifth studio album Street King Immortal, but it was eventually removed from the project. The song was produced by Dr. Dre and mixed by Eminem, while co-written by the two along with 50 Cent, Alicia Keys, Royce da 5'9", Swizz Beatz, Andrew Brissett, Amber Streeter from RichGirl and Lawrence Jr from Aftermath Records. The song features a verse from Dr. Dre, while the hook is sung by Alicia Keys. Keys also recorded and released her own version of "New Day" which is featured on her fifth album Girl on Fire (2012).

"First Date" is a song by American hip hop recording artist 50 Cent, released on October 3, 2012, as a single from his upcoming sixth studio album Street King Immortal, set to be released in second quarter of 2013 after his fifth studio album, Animal Ambition. The song, produced by 45 Music, features fellow American rapper Too Short.

"What About Love" is a single by American country rock band The Desert Rose Band. The song was released as the lead single in 1993 from the band's fifth and final studio album Life Goes On.