Thug Murder were an influential streetpunk all-female band from Japan. [1] [2] [3] Though their songs were written and performed in English, their heavy Japanese accents made the lyrics largely unintelligible. [4] The band was formed in November 1999 and split after two years, in October 2001. Thug Murder toured the US and EU with the Dropkick Murphys in 2001. [5] They're also known for playing with The Boils, The Casualties and The Unseen, among others. Their American debut was released on Dropkick Murphys's Flat Records. [6] [7] 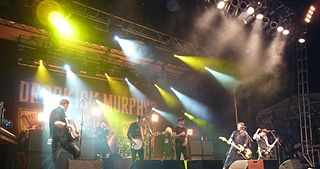 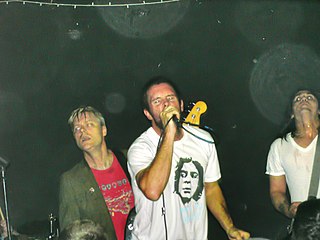 Those Unknown are an American left-wing punk rock band. With lyrics conveying the grassroots realism of the American working class experience, the band influenced bands such as Dropkick Murphys. Formed in the early 1990s New Jersey Oi! scene, Those Unknown has faced claims by critics that they were communist, in part due to Richard Owens' column in Maximum Rock 'N' Roll.

Street Dogs were an American punk rock band from Boston, Massachusetts, formed in 2002 by former Dropkick Murphys singer Mike McColgan. The band disbanded in early 2020 after 17 years together.

Lars Erik Frederiksen is an American musician, singer, songwriter and record producer best known as the guitarist and vocalist for the punk rock band Rancid, as well as the frontman of Lars Frederiksen and the Bastards and the Old Firm Casuals. In addition, he currently plays guitar in Oxley's Midnight Runners, Stomper 98, and The Last Resort. He was also briefly a member of the UK Subs in 1991. He joined Rancid in 1993 after the band was searching for a second guitar player and was present on their second album Let's Go. He has produced albums for bands such as Dropkick Murphys, Agnostic Front, The Business, Swingin Utters, Marky Ramone and the Intruders, Anti-Heros, Pressure Point, The Forgotten among others. He mixed GBH's 2010 album entitled Perfume and Piss, as well as Cock Sparrer's 2007 album "Here We Stand" both alongside Michael Rosen. 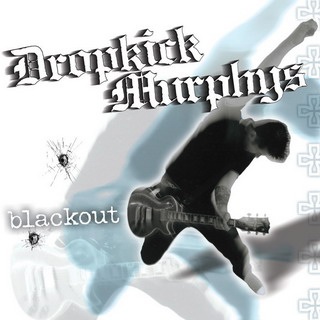 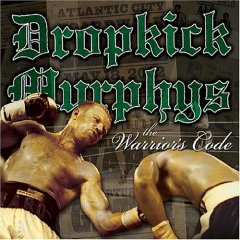 The Warrior's Code is the fifth studio album by the Irish-American Celtic punk band, the Dropkick Murphys. Released in June 2005, it is also their bestselling. It features a dedication to Lowell's own "Irish" Micky Ward who is featured on the album's cover and is the subject of the album's title track. It is also their final record with Hellcat Records before moving to their own vanity label, Born & Bred Records.

The Ducky Boys are a street punk band from Boston. Since forming in 1995 in the Charlestown neighborhood of Boston, the band has released six full-length albums and over 80 songs. The band's name is derived from the name of an Irish street gang in the 1979 movie, The Wanderers.

Jeff Erna is an American drummer, from Boston, Massachusetts, most notable for being the original drummer for the punk bands Dropkick Murphys and Street Dogs.

James Derick Kirkland is an American professional boxer who held the regional WBO–NABO junior middleweight title in 2008. He was one of boxing's most prominent junior middleweight prospects in the late 2000s and early 2010s, until an 18-month prison stint set his career back significantly. Nicknamed the "Mandingo Warrior", Kirkland is known for being a highly aggressive southpaw pressure fighter with formidable punching power, having scored 88% of his victories via knockout.

Anti-Heros were an American Oi!/street punk band formed in 1984 in Georgia, United States. They took a hiatus from 1989 to 1993, but continued to record and play concerts through the early 2000s. Anti-Heros are one of the first and most popular American Oi! bands. The original lineup consisted of Mark Noah (vocals), Jay Jones (bass), Tim Spier (drums) and Joe Winograd (guitar). Phil Solomon replaced Spier on the drums in 1988. The band released two records on Link Records in the late 1980s, That's Right! in 1987 and Don't Tread on Me in 1988. Link manager Mark Brennan never paid the band for the recordings, which the band members paid to produce.

The Forgotten is an American punk rock band based in San Jose, California. The Forgotten have toured the US, Canada, Europe and Japan numerous times and continue to perform live occasionally. Members appear every year at Punk Rock Bowling Music Festival in Las Vegas, Nevada. 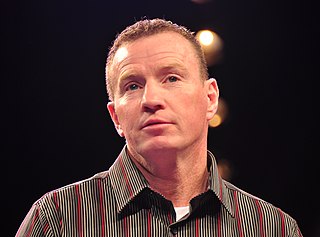 George Michael Ward Jr., often known by his nickname, "Irish" Micky Ward, is an American former professional boxer who competed from 1985 to 2003. He challenged once for the IBF light welterweight title in 1997, and held the WBU light welterweight title in 2000. Ward is widely known for his trilogy of fights with Arturo Gatti, two of which received Fight of the Year awards by The Ring magazine, as well as his relentless pressure fighting style. Ward was portrayed by Mark Wahlberg in the 2010 film The Fighter, which was based on his early career. 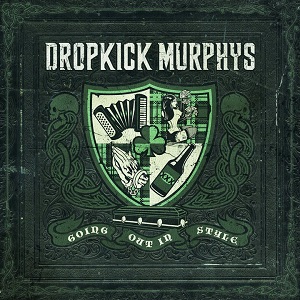 Going Out in Style is the seventh studio album by the Dropkick Murphys and was released on March 1, 2011. It was the band's second studio release on their Born & Bred Records label. The album is the band's highest charting to date making its debut at number 6 on the Billboard Hot 200 album charts. It was also the first to feature new member Jeff DaRosa. 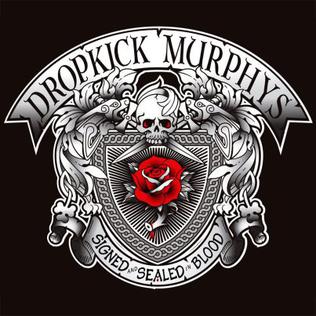 Signed and Sealed in Blood is the eighth studio album by the Dropkick Murphys. The album was released on January 8, 2013 on the band's Born & Bred Records label. The album debuted at No. 9 on the Billboard 200 albums chart, the third highest debut for the band.

TKO Records is an independent punk rock record label in Portland, Oregon. The label is primarily known for its role in the late 1990s American street punk scene and has continued its notability as a source of new releases, reissues, and archival recordings. The OC Weekly newspaper recognized the label as "best record label" in Orange County in 2011 and its record store of the same name as "best punk-rock record store" in Orange County, 2008. 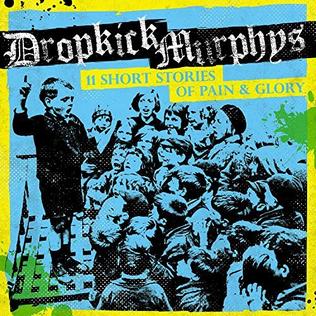 11 Short Stories of Pain & Glory is the ninth studio album by American band Dropkick Murphys and was released on January 6, 2017, on the band's Born & Bred Records label. It was the band's first studio album in four years since 2013's Signed and Sealed in Blood. The album made its debut at number 8 on the Billboard Hot 200 album charts giving the band their second highest debuting album of their career behind 2011's Going Out in Style which made its debut at number 6.