Thumper is the first EP by the Australian rock band Man in the Wood and the second and final release before the name change to Tlot Tlot a year later. It was released on 6 August 1990 on Manhole Productions. It was only released on vinyl.

The songs on Thumper are darker than the band's future output as Tlot Tlot. They are even darker than Bolwell and Paulzen's future work with Merril Bainbridge. The EP jacket appears to depict three Hopi Kachina dolls. [1]

Even though all the songs are credited to Bolwell and Paulzen on the album cover, a search of the APRA|AMCOS database reveals that the songs "Compressor", "Down on His Luck", "I Wept" and "Circus" were actually co-written by all three Man in the Wood members.

The "Samurai Glands" tracks are actually cut up and backmasked segments of the song "Glamour and the Sand" that appeared as a B-side to the "Rain" 7" in 1989. Part 1 is the final 16 seconds of the song, while part 2 is the intro and cut up versions of the first verse and chorus.

On this release, drummer/vocalist Stanley Paulzen is credited as "Jstanley Paulzen". This may seem to be a spelling mistake, but his name is also spelled this way on the credit for the back artwork.

The liner notes say the album was "recorded and mixed at studios various between 1989-90", however the liner notes to the "Rain" 7" reveal that that track was recorded at AVC Studios in Richmond between 1988 and 1989. 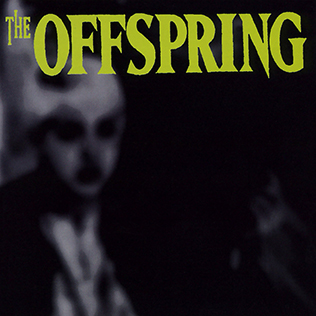 The Offspring is the eponymous debut studio album by American punk rock band the Offspring, released on June 15, 1989, by Nemesis Records. After years of discontinued print, the album was re-released by Nitro and Epitaph Records in 1995 with a different album cover. Both the re-releases on the two respective labels are nearly identical. The Offspring has rarely played any songs from this album live since the Ignition tour finished in 1994. 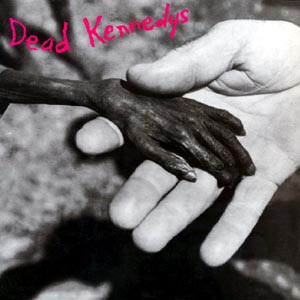 Plastic Surgery Disasters is the second full-length album released by punk rock band Dead Kennedys. Recorded in San Francisco during June 1982, it was produced by the band's guitarist East Bay Ray and punk record producer Thom Wilson. The album is darker and more hardcore-influenced than their debut album Fresh Fruit for Rotting Vegetables as a result of the band trying to expand on the sound and mood they had achieved with their 1980 single "Holiday in Cambodia". It was the first full-length album to feature drummer D.H. Peligro, and is frontman Jello Biafra's favorite Dead Kennedys album. 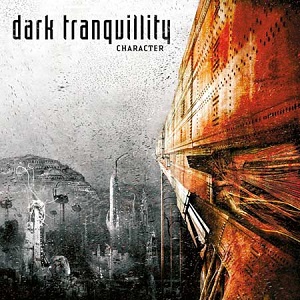 Character is the seventh studio album by the Swedish melodic death metal band, Dark Tranquillity. The album was first released on January 24, 2005 through Century Media Records. The corresponding single, "Lost to Apathy" was previously featured on the Lost to Apathy EP, their first EP released in nearly ten years. This album is heavier than the band's previous album, with more aggressive and faster songs. Like the band's previous album, there are no clean vocals. The enhanced CD and digipak editions of the album include the video clip for the single "Lost to Apathy". A music video was also made for "The New Build". The album was also released as an LP with different cover art.

Fly in the Ointment is the third extended play released by AFI. It was released on the March 31, 1995 on Wedge Records. Tracks 1–3 were re-recorded for 'Very Proud of Ya, and "Open Your Eyes" is on the re-release of Answer That and Stay Fashionable but with different vocal tracks and mix. 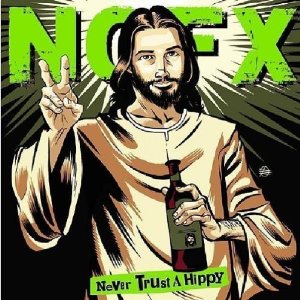 Never Trust a Hippy is an EP by the American punk rock band NOFX, released March 14, 2006 through Fat Wreck Chords. Released a month in advance of the band's tenth studio album, Wolves in Wolves' Clothing, the EP includes two tracks from the album and four others recorded during the album's recording sessions. The EP was made available for streaming on March 12 via Alternative Press.

Angela Ruth Hart billed as Angie Hart is an Australian pop singer best known for her role as lead vocalist in the alternative pop rock band Frente! and the Indie pop duo Splendid with her then husband Jesse Tobias. Hart was a founding member of Frente! in 1989. She is renowned for her delicate songcraft, lyrics, and breathy vocals.

Röyksopp's Night Out is an extended play (EP) by Norwegian electronic music duo Röyksopp. It contains live recordings from the duo's concert at Rockefeller Music Hall in Oslo, Norway, in November 2005. 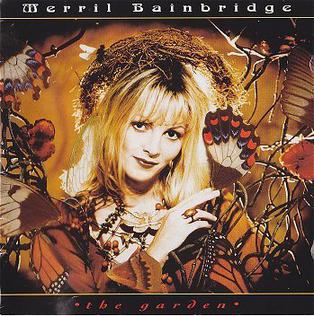 "Under the Water" is a pop song written in 1990 by Owen Bolwell and Stanley Paulzen, produced by Siew for Merril Bainbridge's first album The Garden (1995). The song is about a lover who drowned.

A Day Late And A Dollar Short is a compilation album by the American punk rock band the Queers, released in January 1996 by Lookout! Records. It collects material recorded between 1982 and 1994, most of it with original member Wimpy Rutherford. It includes the band's first two EPs, 1982's Love Me and 1984's Kicked Out of the Webelos, several demo tracks recorded in 1991, 16 tracks recorded during a January 1993 reunion with Rutherford, and a complete set of early songs recorded live on radio station WFMU in 1994 with Rutherford on lead vocals.

Sick Puppies EP is the fourth EP by Australia rock band Sick Puppies. The EP was sold at live events and is now only available on the secondhand market. The EP was released as an enhanced CD with bonus multimedia content featuring lyrics, a photo gallery, the YouTube Free Hugs video for "All the Same", and a live video trailer. All the tracks were re-released on the album Dressed Up As Life.

Live at Some Prick's House is an EP by the American punk rock bands the Queers and the Pink Lincolns, released in 1994 by independent record label Just Add Water Records. A split release, it includes five songs recorded by the Queers during a June 1991 performance on the Massachusetts Institute of Technology's campus radio station WMBR, and three songs performed by the Pink Lincolns on Halloween 1993 at the Sombre Reptile in Atlanta, including a cover version of Bikini Kill's "Suck My Left One".

Powertrippin' is the third studio album by Scottish heavy metal band The Almighty. It was released in the United Kingdom in 1993 by Polydor Records and was the band's final studio album for that label. It was the band's first album to feature guitarist Pete Friesen, who replaced founding guitarist Tantrum. Friesen contributed to the songwriting and was a major part of the new sound presented on this album, introducing a heavier, riff-based grunge sound compared to the punk leanings of earlier efforts. The subject of the cover art is taken from the artwork ''Jet Age Man by Ralph Morse, which featured on the cover of Life magazine in December 1954.

Tlot Tlot were an Australian pop rock band formed in 1986 as Man in the Wood. The original line-up was Owen Bolwell on bass guitar and lead vocals, Andrew Briant on lead guitar, and Stanley Paulzen on drums and lead vocals. Briant left in 1991 and the band name was changed to Tlot Tlot. Their 1995 single, "The Girlfriend Song", reached the ARIA Singles Chart Top 100 and was nominated for Best Pop Release at ARIA Music Awards of 1995. The group issued four albums, A Day at the Bay (1991), Pistolbuttsa'twinkle (1992), The Live Set - Volume 1 (1993) and Fashion Takes a Holiday (1995), before disbanding in 1997.

"The Girlfriend Song" is the second single by the Australian rock band Tlot Tlot. The single was released in 1995 and was nominated for the ARIA award for Best Pop Release.

"Old Mac" is a song released as the first non-album single by the Australian alternative rock band Tlot Tlot. It was released on 8 December 1992.

Pistolbuttsa'twinkle is the second album by Australian rock band Tlot Tlot. The album was released in 1992 and compiles eight remastered versions of cuts from the band's debut, A Day at the Bay, with previously unreleased songs from the sessions.

A Day at the Bay is the debut album by the Australian rock band Tlot Tlot and their first release under that name. It was released in 1991. It was only released on cassette.

The Live Set - Volume 1 is the third album by the Australian alternative rock band Tlot Tlot. It was released in 1993. The bulk of the album consists of rerecorded versions of songs that appeared on A Day at the Bay and Pistolbuttsa'twinkle, a re-recorded version of the single "Old Mac", three unreleased songs and two covers of Depeche Mode's single "Just Can't Get Enough", one of which appears as a hidden track at the end of the album. These recordings consist mainly of the stripped down bass/keyboards/drums versions of the songs used to back the band in live performances. 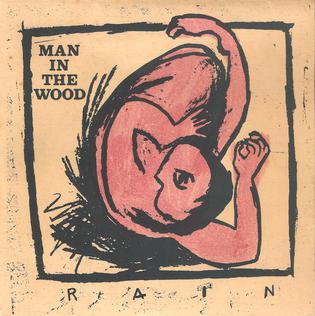 Rain is a single by the Australian post-punk band Man in the Wood and one of only two releases under that name before the change to Tlot Tlot in 1991.