"Thumper" is a single by British band Enter Shikari from their 2010 compilation album Tribalism . It was released on 12 February 2010 on iTunes.

Directed and animated by Joseph Pierce, the video shows the band performing in black and white. The video also uses a Rotoscoping technique, much like A-ha's Take On Me video. [2] 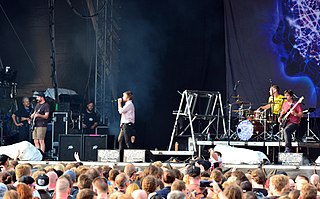 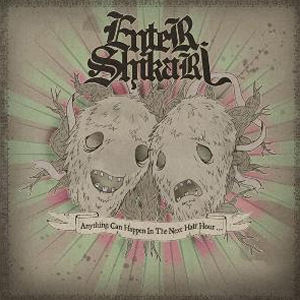 "Anything Can Happen in the Next Half Hour..." is the second physical single, and third overall, by Enter Shikari and the second single to be released from their debut album Take to the Skies. It was released on 18 February 2007 for digital download and on 5 March 2007 on both CD and 7" vinyl. It is the band's highest charting single, charting at #27 in the UK single chart, and number 1 on the UK indie chart. There are two remixes of the song, Colon Open Bracket Remix and Grayedout Mix. Both are up for download on their official download store.

Maximum the Hormone is a Japanese heavy metal band from Hachiōji, Tokyo. Their lineup has consisted of vocalist Daisuke-han, drummer Nao, guitarist Maximum the Ryo-kun, and bassist Ue-chan since 1999. Each member alternates singing lead vocals, often within the same song, with the exception of Ue-chan, who provides backup vocals almost exclusively.

"Jonny Sniper" was the third physical single, and fourth overall, by Enter Shikari and the third single to be released from their debut album Take to the Skies. The band have referred to the single as a "double a-side", possibly due to the positive response to "Kickin' Back on the Surface of Your Cheek", the b-side from the previous single. 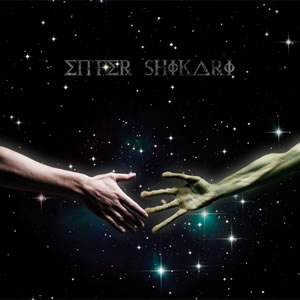 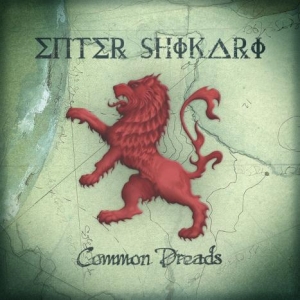 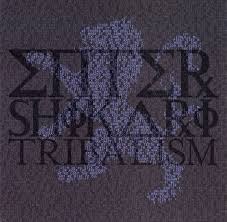 Tribalism is the second compilation album by Enter Shikari, released on 22 February 2010. The album contains two brand new tracks, b-sides, remixes and live tracks. A limited edition version of the album was released in a boxset package also containing a sticker, poster and badges. Only 1,000 of this edition were made. 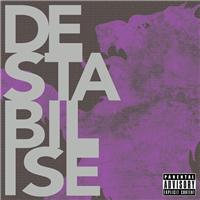 "Destabilise" is a single by British band Enter Shikari, released as an iTunes exclusive download on 26 October 2010 and as a limited coloured 7" vinyl on 29 November 2010 in the UK and Europe. The track was recorded in the summer of 2010 to be released as a "one off single". After recording the track, the band went on to numerous tours including Warped Tour and a tour of Australia. After Warped Tour, the band recorded the music video for the track before their Australian tour. The band performed the track at multiple festivals and UK Shows including the Reading and Leeds Festivals and at their Preston show, both of which they posted on their YouTube channel. On 21 October 2010 the band announced the release date for the single on their website and that there would be a limited 7" Vinyl featuring the track and live favourite Motherstep/Mothership recorded at the Hammersmith Apollo in February. Only 500 were manufactured, approx 350 were sold into UK indie record stores and the remainder held back for the launch of the band's new webstore a few days after release. Motherstep/Mothership was released in the United States as a standalone single on 17 December 2010. 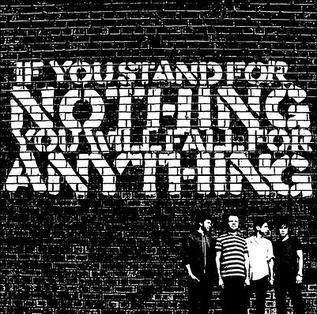 "Quelle Surprise" is a single by British rock band Enter Shikari, released on 19 May 2011. It was originally planned to be the first single released from the band's third studio album A Flash Flood of Colour. However, Rou Reynolds later confirmed that it would not feature, and instead will be a stand-alone single much like the previous single "Destabilise". The song was first played live at the SXSW Festival on 18 March 2011 in Austin, Texas. The track's debut airing was on 19 May 2011 Zane Lowe's BBC Radio 1 show, he chose the track for the "Hottest Record In the World" spot. 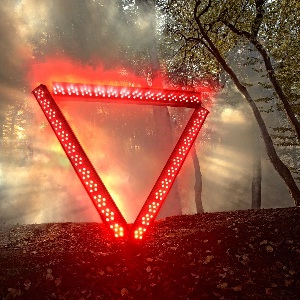 A Flash Flood of Colour is the third studio album by English rock band Enter Shikari, and was produced by Dan Weller. The album was recorded in May and June 2011 at Karma Sound Studios in Bang Saray, Thailand, and at the Fortress in London, United Kingdom. It was released internationally on 16 January 2012 by Ambush Reality, the band's record label in the United Kingdom, and Hopeless Records in North America. 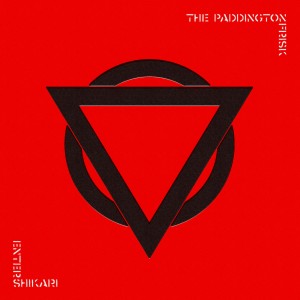 "The Paddington Frisk" is a single by British rock band Enter Shikari. The music video was released on their YouTube channel on 4 April 2013 and the single was released the same day. 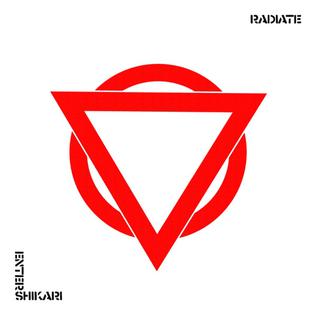 "Radiate" is a single by British rock band Enter Shikari. The song was first played on Zane Lowe's BBC Radio 1 show on the evening of 10 June 2013 and was his single of the week. The single peaked at #79 on the UK Singles Chart on 22 June 2013. 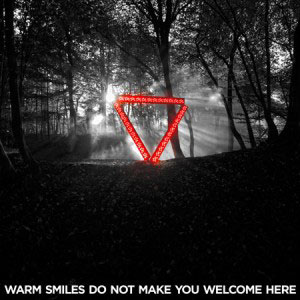 "Warm Smiles Do Not Make You Welcome Here" is a single by British rock band Enter Shikari from their 2012 album A Flash Flood of Colour. The song's title is a re-used title from an old song played by the band in their early days. 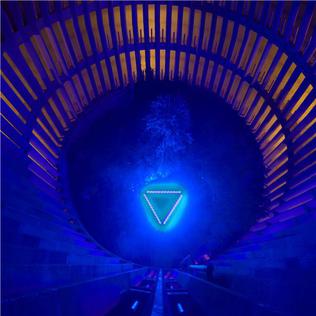 "Arguing with Thermometers" is a single by British rock band Enter Shikari from their 2012 album A Flash Flood of Colour. The song was included on a 5-track EP released via iTunes along with a music video and remixes.

The Mindsweep is the fourth studio album by English rock band Enter Shikari, released on 19 January 2015 through Ambush Reality, PIAS Recordings and Hopeless Records. It was recorded in 2014 with producer Dan Weller.

"Rat Race" is a single by British rock band Enter Shikari. The song was first played on Zane Lowe's BBC Radio One show on the evening of 31 October 2013. The single was released with a remix of the song Radiate by Enter Shikari's alter ego Shikari Sound System. The band also released an EP, which compiled the two previous singles "The Paddington Frisk" and "Radiate". 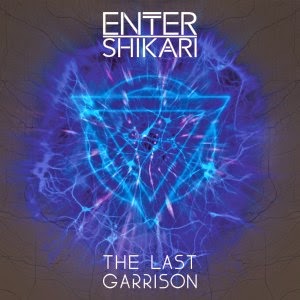 "The Last Garrison" is the first single taken from the fourth studio album by British rock band Enter Shikari, The Mindsweep. The song was first played on Zane Lowe's BBC Radio 1 show on 20 October 2014, while the single was released on iTunes and Spotify on the same day. 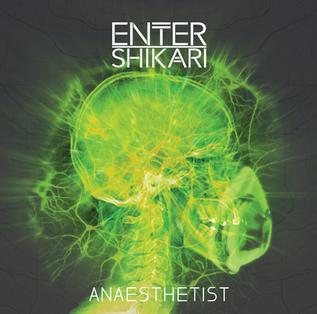 "Anaesthetist" is the second single taken from the album The Mindsweep by British band Enter Shikari. The song was first played on Zane Lowe's BBC Radio 1 show on 5 January 2015. An official video for the song directed by Mike Tyler was released on YouTube later the same day.

Wake Up is the second studio album by British pop rock band The Vamps. It was released on 27 November 2015. It debuted and peaked at number 10 on the UK Albums Chart and has been certified Gold. 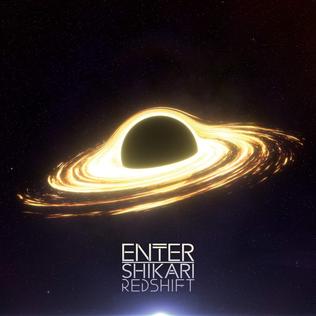 "Redshift" is a single by British band Enter Shikari. The song was first played on BBC Radio 1 on 11 January 2016 and released as a digital single the day after. An official video for the song directed by Mike Tyler was released on YouTube the same day.