Thungapahad is a village in Miryalaguda, Nalgonda, Telangana, India. It was established 500 years ago. The population is approximately 50,000. The village has two canals, three rice mills and one cotton factory, there is also a high school, several primary schools and a library.

Miryalaguda is a city in Nalgonda district of the Indiastate of Telangana. Government of India announced Miryalaguda to be developed under the Atal Mission for Rejuvenation and Urban Transformation (AMRUT) scheme. Miryalaguda has Grabbed an award for Urban reforms in AMRUT Scheme from Government of india 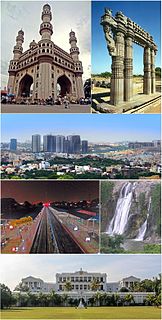 One of the canals in Thungapahad is called Bondham, it flows 365 days a year and is a major resource for the paddy fields and the cotton industry although it is completely polluted with chemicals from that industry. Recently,[ when? ] a new bridge was constructed.

The main occupation for the village people is agriculture.

Morena is a city and itself a District Morena district, in the Indian state of Madhya Pradesh. It is governed by a municipality corporation. Located there are the administrative headquarters of the Morena district and of the Chambal division. It is 39 km from Gwalior, Madhya Pradesh. Morena was once known for the terror of dacoits years ago. Bhind is separate city that Neighbors Morena. Morena is known as a industrial hub but the economy relies majorly on agriculture. Many manufacturing Industries are situated in the Industrial areas of Morena and Morena District.

Rezzato is a comune in the province of Brescia, in Lombardy. It is bounded by the comunes of Brescia, Botticino, Castenedolo, Mazzano and Nuvolera. 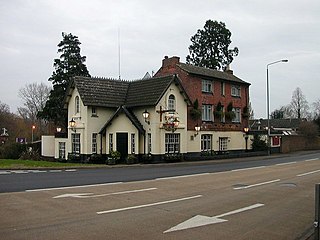 Weedon Bec, usually just Weedon, is a large village and parish in the district of Daventry, Northamptonshire, England. It lies close to the source of the River Nene. The population of the civil parish as of the 2011 census is 2,706.

Gudiyatham is a Suburban and a historical Town of Vellore district. It is a municipality in Vellore district in the state of Tamil Nadu in India. It is located at the centre of two megacities namely Bangalore and Chennai. District headquarter Vellore is 31 km away from the town. In 2011, the town had a population of 2,35,672. This is where the first Indian national flag was woven. Gudiyatham is a first-grade municipality. It was named Gudiyatham Municipality in 1886.

Sri Ganganagar is a planned city and the northern-most city of the Indian state of Rajasthan, near the borders of Rajasthan and Punjab states and the international border of India and Pakistan. It is the administrative headquarters of Sri Ganganagar district. It is named after Maharaja Shri Ganga Singh Bahadur, Maharaja of Bikaner. It is known as "the food basket of Rajasthan".

Sironj is a city and a municipality in Vidisha district in the Indian state of Madhya Pradesh.

Chandrakona is a city and a municipality in the Ghatal subdivision of Paschim Medinipur district in the state of West Bengal, India. The city is located between Ghatal and Garhbeta. The king – Chandraketu was the founder of the kingdom of Chandrakona. In Ain-E-Akbari it was mentioned as ‘Mana’. 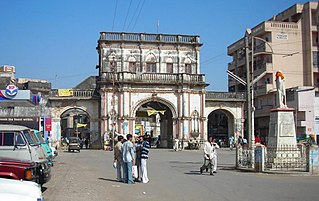 Dhoraji (pronunciation  ) is a town situated on the banks of the River Safura, a tributary of the River Bhadar. It is a municipality in the Rajkot district in the state of Gujarat, India.

Veeravanallur is a selection grade special panchayat town in Tirunelveli district in the Indian state of Tamil Nadu.

Warisaliganj is a Town and a Nagar Panchayat in Nawada district, in the Indian state of Bihar.

Kadi is a town and a municipality in Mehsana district in the Indian state of Gujarat. Kadi is known as 'Cotton City' of India where over 100 cotton mills are in operation. 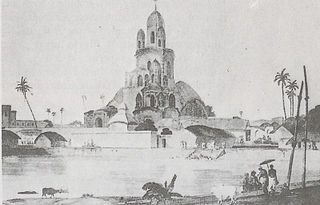 Chitpur is a neighbourhood in north Kolkata in Kolkata district in the Indian state of West Bengal. Sometimes, the entire area along Chitpur Road is referred to as Chitpur, although the various localities have distinctive names. 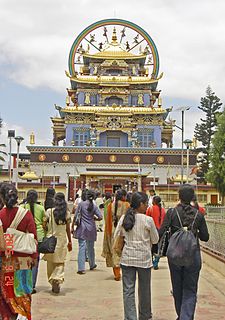 Mullur is a village near Sarjapur road in Karnataka, India. It is in Bengaluru East Taluk, Bengaluru District in Karnataka. The nearest IT company is Wipro. There is another IT hub near the Varthur lake junction, which includes companies such as Nirvana. An adjacent village is Gunjur via Kachamaranahalli. The distance from Vidhana Soudha is 22 km.out of the village there is one school called Sri Sri Ravishankar vidhya mandir and there is a railway station 3.5 km from the village.

Madha is a village of Jats located in Hissar district in Haryana, India.

Yaragalla is a village in the southern state of Karnataka, India. It is located in Muddebihal taluk of Bijapur district, Karnataka. It is nearly 80 km from district headquarters, Bijapur. Its one of small village near to Muddebihal town. 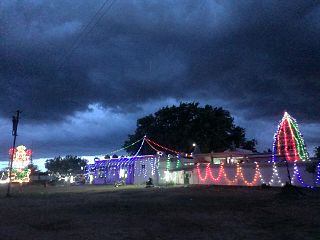