Thuravikkadu is a village in the Pattukkottai taluk of Thanjavur district, Tamil Nadu, India. 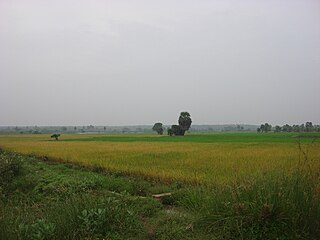 Arunthathiyar is a Scheduled Caste community found in the state of Tamil Nadu, India. The term has two distinct usages: for the purposes of the state government's positive discrimination program, in 2009 it was designated an umbrella term for the Arunthatiyar, Chakkiliyar, Madari, Madiga, Pagadai, Thoti and Adi Andhra communities; while the Office of the Registrar-General, which administrates the census of India, does not recognise all of those communities as one. 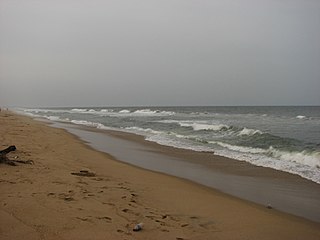 Kaliyakkavilai is a panchayat town in Kanniyakumari district in the Indian state of Tamil Nadu, close to the Tamil Nadu-Kerala border. It lies on Coimbatore-Kochi-Trivandrum-Kanyakumari National highway 47.

Thevaram is a town in Theni district in the Indian state of Tamil Nadu. Thevaram is located in Tamil Nadu near on border of Kerala at the Eastern side foot-hill of the Western Ghats. It is connected with State Highway SH100.

Uthukottai is a border town and panchayat town in Tamil Nadu, next to Andhra Pradesh, located on the banks of the Arani river. The town features a channel which helps to direct water from the Krishna river for local irrigation. 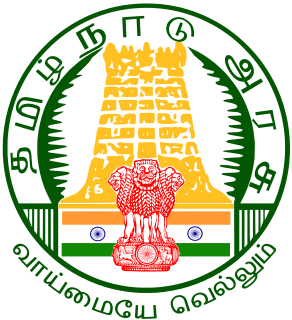 Poondi is a village in the Thiruvallur taluk of Tiruvallur district, Tamil Nadu, India. It has a has fresh water lake to cater the daily needs of water for Chennai area. The place is also known for Oondreswarar Temple, which was displaced to its current location to ease the construction of the reservoir.

Tamil Nadu is one of the 29 states of India. Its capital and largest city is Chennai. Tamil Nadu lies in the southernmost part of the Indian Peninsula and is bordered by the States of Puducherry, Kerala, Karnataka and Andhra Pradesh. It is the eleventh largest state in India and the seventh most-populous state.