Thurrock was a local government district and civil parish in south Essex, England from 1936 to 1974.

The parish and urban district was formed from the former area of the following civil parishes which had been abolished in 1936: [1]

The district was enlarged in 1938 by gaining Little Burstead from Billericay Urban District. The district was abolished in 1974. The part within Basildon New Town became part of Basildon District, while the remainder became the present-day Borough of Thurrock. It has since become a unitary district with largely the same boundaries. 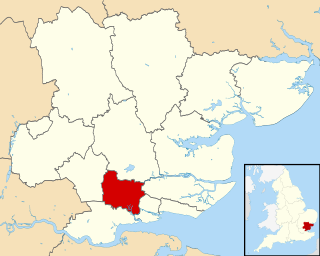 The Borough of Basildon is a local government district in south Essex in the East of England, centred on the town of Basildon. The district was formed under the Local Government Act 1972 on 1 April 1974 from the former area of Basildon Urban District and the part of Thurrock Urban District that was within the Basildon New Town. The population of the district as of 2010 is about 172,000. The council made an application for borough status in February 2010 and this was given approval that year, with Cllr Mo Larkin becoming the first mayor in October. The local authority is Basildon Borough Council. 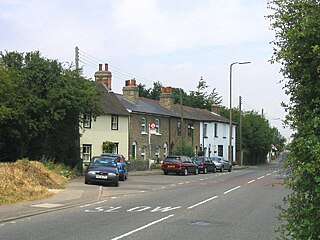 Purfleet is a town in the Thurrock unitary authority in Essex, England. It is bordered by the A13 road to the north and the River Thames to the south and is within the easternmost part of the M25 motorway but just outside the Greater London boundary. It was within the traditional Church of England parish of West Thurrock. Some industry is located to the south and the area forms part of the Thames Gateway redevelopment area. Purfleet is one of seven conservation areas in Thurrock.

Basildon was a parliamentary constituency represented in the House of Commons of the Parliament of the United Kingdom. It elected one Member of Parliament (MP) by the first past the post system of election. 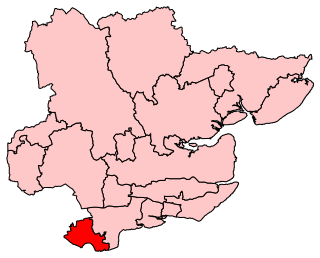 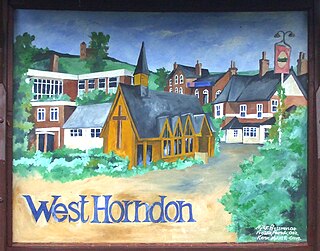 West Horndon is a village and civil parish in the south of the Borough of Brentwood, Essex on the boundary with Thurrock. It is located 20 miles (32 km) east north-east of Charing Cross in London. The civil parish also includes East Horndon and Dunton Hills. 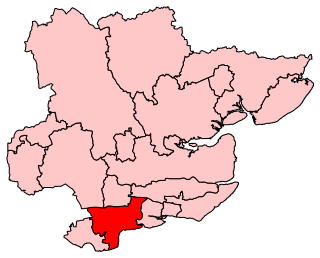 Bulphan is a village in the borough of Thurrock in the East of England and one of the traditional parishes in Thurrock.

Barstable was a Hundred in the English County of Essex. Both the hundred and the manor with the same name are mentioned in the Domesday Book. A number of parishes in the western part of the Barstable hundred are now in Thurrock. 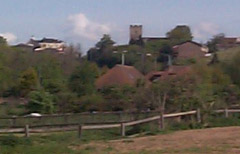 Chadwell St Mary is in the unitary authority of Thurrock in Essex, England. It is one of the traditional parishes in Thurrock and a former civil parish. Its residential areas are on the higher ground overlooking the former Thameside marshland. Grays is a town centred 2 miles (3.2 km) west of it. Closer still, 1 mile (1.6 km) south is the modern town of Tilbury which was almost wholly part of the parish until the end of the 19th century. The settlement is frequently referred to simply as Chadwell, particularly before the 19th century.

Orsett Rural District was a local government district in south Essex, England from 1894 to 1936. It was formed as a rural district in 1894. From 1835, the constituent parishes had made up the Orsett Poor Law Union and from 1875 they formed the Orsett RSD.

East Tilbury is a village in the unitary authority of Thurrock borough, Essex, England and one of the traditional parishes in Thurrock.

South East Essex was a parliamentary constituency in Essex in the East of England. It returned one Member of Parliament to the House of Commons of the Parliament of the United Kingdom.

Basildon Urban District was a local government district in south Essex, England from 1934 to 1974.

Laindon is a suburban district in Basildon New Town. It was an ancient parish in Essex, England that was abolished for civil purposes in 1937. It was based on the manor of the same name and now lies mostly within the urban area of Basildon.

Langdon Hills is a township located in the Borough of Basildon district in Essex, England. It is contiguous with the Basildon continuous urban area.

Chafford was an ancient hundred in the south west of the county of Essex, England. Its area has been partly absorbed by the growth of London; with its name reused for the modern housing development of Chafford Hundred. Its former area now corresponds to part of the London Borough of Havering in Greater London and parts of the districts of Brentwood and Thurrock in Essex.