Bishopric of Thyatira (Italian: Tiatira) is a titular see of the Roman Catholic Church centered on the ancient Roman city of Thyatira in Asia Minor.

The bishopric of Thyatira stretched back to very early Christianity. Christianity came to the region in the mid 1st century with Paul the Apostle on his Third missionary journey [1] around 54AD, [2] when he stayed for three years in nearby Ephesus. Timothy, Onesimus and John [3] were all active in the area and The Christian community here was addressed by letter of John as it is one of the Seven churches of Revelation.

Early Christianity covers the period from its origins until the First Council of Nicaea (325). This period is typically divided into the Apostolic Age and the Ante-Nicene Period. After the death of John the Apostle, early Christianity was guided by the Ante-Nicene Fathers until the Council of Nicaea (c.325). Early Christianity is also known as the Early Church by the proponents of apostolic succession, notably the Catholic Church, the Eastern Orthodox Church, Oriental Orthodoxy, Assyrian Church of the East, and Ancient Church of the East, in addition to some Protestant denominations.

Christianity in the 1st century deals with the formative years of the Early Christian community. The earliest followers of Jesus were a Jewish sect, which historians refer to as Jewish Christianity. The split of early Christianity from Judaism was gradual, as Christianity became a predominantly Gentile religion.

Paul the Apostle, commonly known as Saint Paul and also known by his Jewish name Saul of Tarsus, was an apostle who taught the gospel of Christ to the first-century world. Paul is generally considered one of the most important figures of the Apostolic Age and in the mid-30s to the mid-50s AD he founded several churches in Asia Minor and Europe. He took advantage of his status as both a Jew and a Roman citizen to minister to both Jewish and Roman audiences.

The diocese was in the ecclesiastical province of Sardis.

Sardis or Sardes was an ancient city at the location of modern Sart(Sartmahmut before 19 October 2005), near the Salihli in Turkey's Manisa Province. Sardis was the capital of the ancient kingdom of Lydia, one of the important cities of the Persian Empire, the seat of a proconsul under the Roman Empire, and the metropolis of the province Lydia in later Roman and Byzantine times. As one of the seven churches of Asia, it was addressed by John, the author of the Book of Revelation in the New Testament, in terms which seem to imply that its church members did not finish what they started, that they were about image and not substance. Its importance was due first to its military strength, secondly to its situation on an important highway leading from the interior to the Aegean coast, and thirdly to its commanding the wide and fertile plain of the Hermus.

By the 3rd century, almost the entire town was Christian in religion but a stronghold of the Montanist sect. [4] 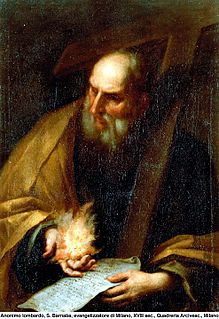 Barnabas, born Joseph, was an early Christian, one of the prominent Christian disciples in Jerusalem. According to Acts 4:36, Barnabas was a Cypriot Jew. Named an apostle in Acts 14:14, he and Paul the Apostle undertook missionary journeys together and defended Gentile converts against the Judaizers. They traveled together making more converts, and participated in the Council of Jerusalem Barnabas and Paul successfully evangelized among the "God-fearing" Gentiles who attended synagogues in various Hellenized cities of Anatolia. 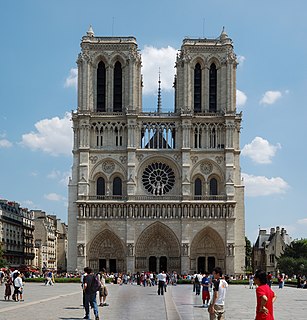 The Catholic Archdiocese of Paris is one of twenty-three archdioceses of the Catholic Church in France. The original diocese is traditionally thought to have been created in the 3rd century by St. Denis and corresponded with the Civitas Parisiorum; it was elevated to an archdiocese on October 20, 1622.

Irenopolis was an ancient and medieval city in Roman and Byzantine era Isauria. 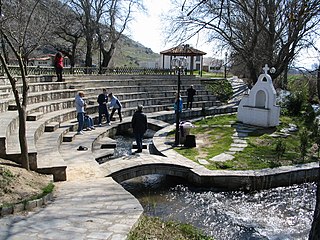 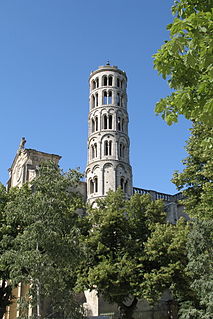 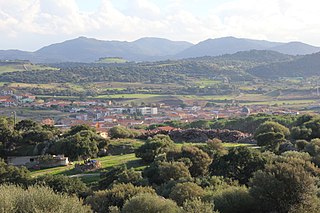 Oschiri is a comune (municipality) and former bishopric in the Province of Sassari in the Italian region Sardinia, located about 170 kilometres (110 mi) north of Cagliari and about 40 kilometres (25 mi) southwest of Olbia. 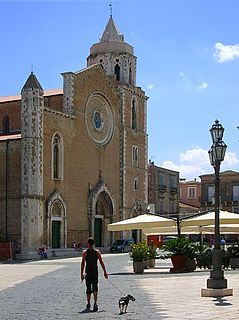 The Diocese of Lucera-Troia is a Roman Catholic bishopric in Apulia, in southern Italy, with its episcopal seat at Lucera Cathedral. The present diocese was formed in 1986 by combining the older diocese of Lucera with the diocese of Troia, the seat of which was Troia Cathedral, now a co-cathedral of the united diocese. 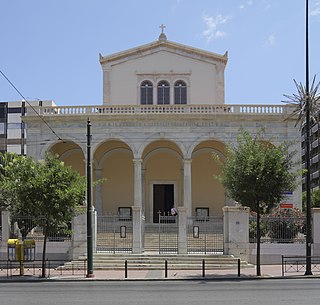 The Roman Catholic Archdiocese of Athens is an archdiocese of the Catholic Church located in the city of Athens in Greece. The seat is the neoclassic Cathedral Basilica of St. Dionysius the Areopagite. 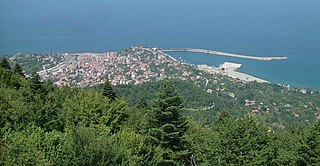 Abonoteichos, later Ionopolis, was an ancient city in Asia Minor, on the site of modern İnebolu and remains a Latin Catholic titular see. 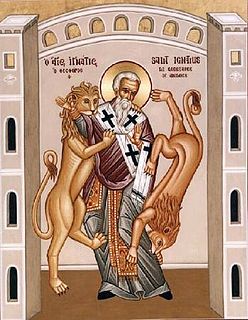 Early Christianity spread from the Eastern Mediterranean throughout the Roman Empire and beyond. Originally, this progression was closely connected to already established Jewish centers in the Holy Land and the Jewish diaspora. The first followers of Christianity were Jews or proselytes, commonly referred to as Jewish Christians and God-fearers.

In Christian theology and ecclesiology, the apostles, particularly the Twelve Apostles, were the primary disciples of Jesus, the central figure in Christianity. During the life and ministry of Jesus in the 1st century AD, the apostles were his closest followers and became the primary teachers of the gospel message of Jesus. 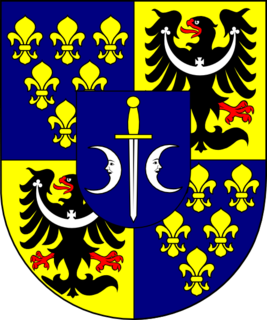 The Latin Bishopric of Argos is a former Latin Church episcopal see in the Argolid in southern Greece, formed with the establishment of the Crusader States, and suffragan to the Latin Archbishop of Corinth. For part of its history it totally supplanted the local Greek Orthodox episcopal administration and at other times existed in competition with it. At various times in its history it had no incumbent bishop. It was finally suppressed in 1715 and exists now as a Catholic titular see. 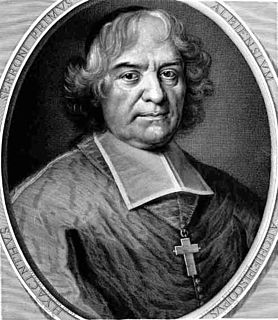 Hyacinthe Serroni was an Italian catholic priest, Bishop, diplomat and steward of the Navy for the kingdom of France.

Guillaume-Louis du Tillet was a French prelate, last bishop of Orange, and clerical deputy to the States General in 1789.

Centuria, also known as Centuriensis, was a Roman era town in Numidia, Roman province of Africa. It has been tentatively identified with ruins near Ain El Hadjar in Algeria, south of Saida.

Giacomo Cattani was an Italian Catholic Cardinal and Archbishop.