Last updated January 09, 2021
This article is about the ancient Egyptian princess. Not to be confused with Tiana (Disney), from The Princess and the Frog .
King's Daughter

Tia was the daughter of Pharaoh Seti I and Queen Tuya and the (older) sister of Ramesses II. She is attested only on monuments dating to Ramesses' reign. [1]

Tia was married to an official who was also called Tia. The couple had two daughters, Mutmetjennefer and another, whose name did not survive. They were depicted in their parents' tomb in Saqqara. [2]

She was born in the reign of Horemheb into a non-royal family, before her grandfather Paramessu (later Ramesses I) ascended to the throne. It is possible she was named after her grandmother, who is known as Sitre, but could be identical with a woman named Tia, who was named as Seti's mother. [3] Her only known sibling is Pharaoh Ramesses II; a younger princess called Henutmire was either her sister or her niece. [4] [5]

Since she was not born as a princess, she is one of the few princesses during Egypt's history, who married outside the royal family. Her husband, a royal scribe, was also called Tia and was the son of a high-ranking official called Amonwahsu. [6] Tia, son of Amonwahsu was Ramesses' tutor, and held important offices later in his reign, he was Overseer of the Treasurers, and Overseer of the Cattle of Amun. [5] [7] Princess Tia, similarly to other noble ladies, held titles which indicate she took part in religious rituals ("Singer of Hathor", "Singer of Re of Heliopolis", "Singer of Amun-great-in-his-glory"). [5]

Tia and Tia are depicted on a stone block, together with Queen Tuya (this is now in Toronto). Another stone block, now in Chicago, shows Tia (the husband) with his father Amonwahsu, Pharaoh Seti I, and Ramesses II as crown-prince.

The couple Tia and Tia were buried in Saqqara. The tomb was built close to that of Horemheb, and was excavated by Geoffrey T. Martin. [8] 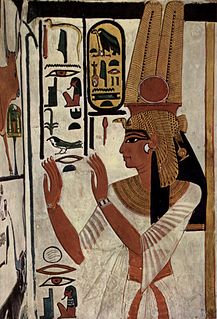 Nefertari, also known as Nefertari Meritmut, was an Egyptian queen and the first of the Great Royal Wives of Ramesses the Great. Nefertari means 'beautiful companion' and Meritmut means 'Beloved of [the goddess] Mut'. She is one of the best known Egyptian queens, among such women as Cleopatra, Nefertiti, and Hatshepsut. She was highly educated and able to both read and write hieroglyphs, a very rare skill at the time. She used these skills in her diplomatic work, corresponding with other prominent royals of the time. Her lavishly decorated tomb, QV66, is one of the largest and most spectacular in the Valley of the Queens. Ramesses also constructed a temple for her at Abu Simbel next to his colossal monument there. 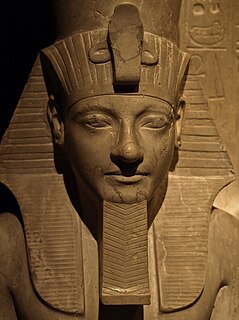 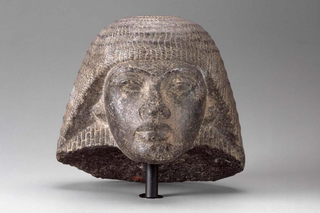 Menpehtyre Ramesses I was the founding pharaoh of ancient Egypt's 19th Dynasty. The dates for his short reign are not completely known but the time-line of late 1292–1290 BC is frequently cited as well as 1295–1294 BC. While Ramesses I was the founder of the 19th Dynasty, his brief reign mainly serves to mark the transition between the reign of Horemheb, who had stabilized Egypt in the late 18th Dynasty, and the rule of the powerful pharaohs of his own dynasty, in particular his son Seti I, and grandson Ramesses II, who would bring Egypt to the height of its imperial power.

Tey was the wife of Kheperkheprure Ay, Ay, who was the penultimate pharaoh of Ancient Egypt's Eighteenth Dynasty. She also had been the wet nurse of Nefertiti.

The New Kingdom , also referred to as the Egyptian empire, is the period in ancient Egyptian history between the sixteenth century BC and the eleventh century BC, covering the Eighteenth, Nineteenth, and Twentieth dynasties of Egypt. Radiocarbon dating places the exact beginning of the New Kingdom between 1570 BC and 1544 BC. The New Kingdom followed the Second Intermediate Period and was succeeded by the Third Intermediate Period. It was Egypt's most prosperous time and marked the peak of its power. 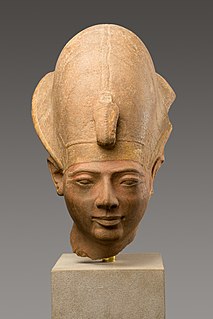 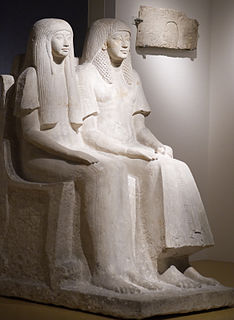 Maya was an important figure during the reign of Pharaohs Tutankhamun, Ay and Horemheb of the Eighteenth Dynasty of Ancient Egypt. Maya's titles include: fan bearer on the King's right hand, overseer of the treasury, chief of the works in the necropolis, and leader of the festival of Amun in Karnak. 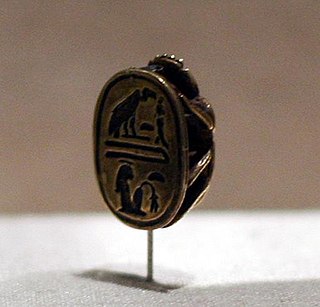 Mutnedjmet, also spelled Mutnedjemet, Mutnodjmet, Mutnodjemet was an ancient Egyptian queen, the Great Royal Wife of Horemheb, the last ruler of the 18th Dynasty. The name, Mutnedjmet, translates as: The sweet Mut.

Amenia was an Egyptian noble lady, the first wife of Horemheb, the last ruler of the Eighteenth Dynasty. 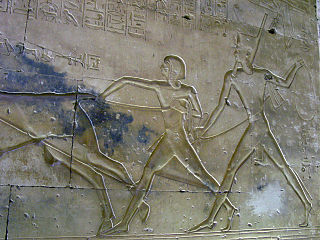 Amun-her-khepeshef was the firstborn son of Pharaoh Ramesses II and Queen Nefertari. 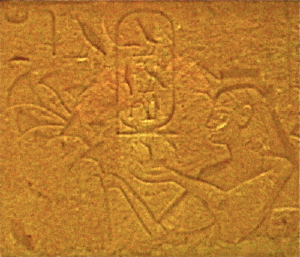 Tuya was the wife of Pharaoh Seti I of the Nineteenth Dynasty of Egypt and mother of Tia, Ramesses II, Nebchasetnebet, and perhaps Henutmire. 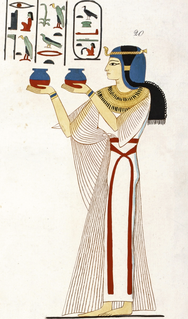 Takhat was an ancient Egyptian princess and queen of the 19th Dynasty, the mother of Twosret and the usurper pharaoh Amenmesse. 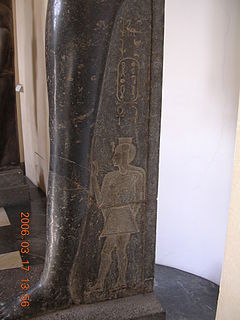 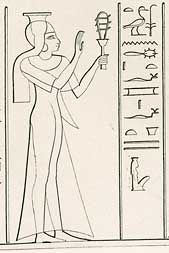 Henuttawy was an ancient Egyptian princess of the 19th Dynasty. 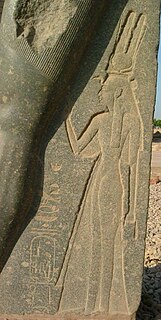 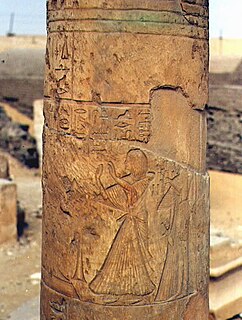