Tia Singh is an Indian actress and model. She won the Asian Super Model title in 2010. [1] She will be making her debut in films through the upcoming Bollywood movie Pranaam Walekum , in which she plays the role of a mentally challenged girl. [2] 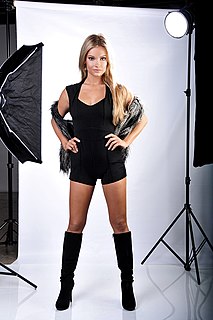 A model is a person with a role either to promote, display or advertise commercial products, or to serve as a visual aid for people who are creating works of art or to pose for photography.

Hindi cinema, often known as Bollywood and formerly as Bombay cinema, is the Indian Hindi-language film industry based in Mumbai. The term is a portmanteau of "Bombay" and "Hollywood". The industry is related to Cinema of South India and other Indian film industries, making up Indian Cinema – the world's largest by number of feature films produced.

Neha Dhupia is an Indian actress and beauty pageant winner who works in Hindi, Punjabi, Telugu and Malayalam language films. She won the 2002 Femina Miss India pageant. Her Bollywood debut is Qayamat: City Under Threat. 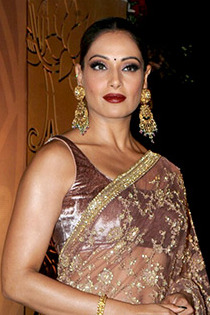 Bipasha Basu, also known by her married name Bipasha Basu Singh Grover, is an Indian film actress and model. Primarily known for her work in Hindi films, she has also appeared in Tamil, Telugu, Bengali and English films. Basu is the recipient of numerous accolades, including one Filmfare Award, among six nominations. Particularly known for her work in the thriller and horror film genres, she is frequently cited in the media as a sex symbol.

Aarti Chabria is an Indian actress and former model who appears in Hindi, Telugu, Punjabi and Kannada films.

Jacqueline Fernandez is a Sri Lankan actress, former model, and the winner of the Miss Universe Sri Lanka pageant of 2006. In 2009, she debuted in Bollywood with the movie Aladin and since then has established a career in the industry. Jacqueline is also known as the Jacq of hearts in India. Born into a multiracial family of Canadian, Sri Lankan, and Malaysian descent, Fernandez was raised in Bahrain. After graduating in mass communication from the University of Sydney and working as a television reporter in Sri Lanka, she joined the modeling industry. She was crowned Miss Universe Sri Lanka in 2006, and represented her country at Miss Universe 2006.

Puja Gupta is an Indian model and actress. She is a former Miss India Universe, a title she won in 2007. 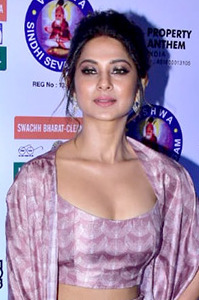 Jennifer Winget is an Indian television actress known for her portrayal of Kumud Desai in Saraswatichandra, Maya Mehrotra in Beyhadh and Zoya Siddiqui in Bepannah.

Parvathy Omanakuttan is an Indian actress, model and beauty pageant titleholder who was crowned Miss India 2008 and later became first runner-up at Miss World 2008. She was also awarded the titles of Miss World Asia & Oceania at the Miss World 2008 competition.

Gauhar Khan is an Indian model and actress. After pursuing modeling, she made her acting debut with Yash Raj Films' Rocket Singh: Salesman of the Year (2009). Khan also starred in films such as the action thriller Game (2011), the revenge drama Ishaqzaade (2012), the suspense thriller Fever (2016), the romantic comedy Badrinath Ki Dulhania (2017) and the Indian period drama Begum Jaan (2017).

Mahek Chahal is a Norwegian actress and model of Indian origin who appears in Bollywood films. Chahal was a contestant on Bigg Boss. 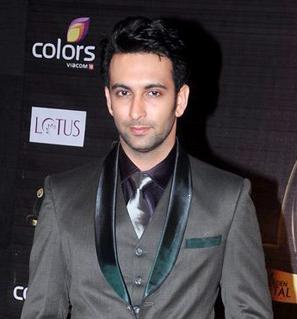 Nandish Singh also known as Nandish Sandhu is an Indian model and television actor. He started his career with modeling, and debuted as a television actor on the series Kasturi, where he played Raunak. He later appeared on Uttaran as Veer Singh Bundela. He was last seen in Phir Subah Hogi as Aditya. 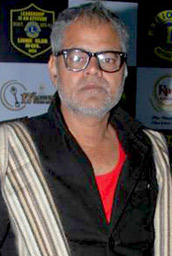 Sanjay Mishra is an Indian film actor known for his works predominantly in Hindi cinema and television. An alumnus of National School of Drama, he made his acting debut in the 1995 film Oh Darling! Yeh Hai India!. Later films include Rajkumar (1996) and Satya (1998). He also appeared as Apple Singh, an "icon" used by ESPN Star Sports during the 1999 Cricket World Cup. In 2015, he received the Filmfare Critics Award for Best Actor for his performance in Ankhon Dekhi. 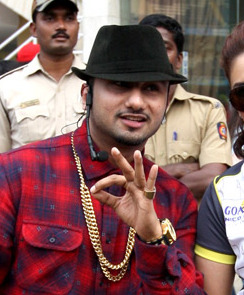 Hirdesh Singh, known by this professional name, Yo Yo Honey Singh or Honey Singh, is an Indian music director, songwriter, Indi-pop singer, music producer and film actor. He started as a session and recording artist, and became a bhangra music producer. He has also begun to produce music for Bollywood films.

Diana Penty (pronounced [ɖaːjnaː peːnʈiː] is an Indian model and actress who appears in Hindi films. She began her modelling career in 2005 when she was signed up by Elite Models India. Penty made her acting debut in 2012 with the romantic comedy film Cocktail. Her performance in the film garnered praise, and earned her a nomination for Filmfare Award for Best Female Debut.

Rakul Preet Singh is an Indian film actress and model who predominantly works in the Telugu and Tamil film industries. She has also appeared in a number of Hindi and Kannada movies. 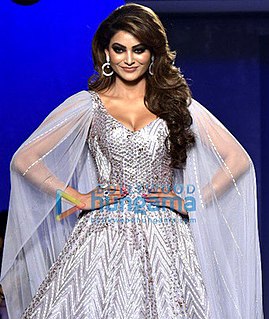 Urvashi Rautela is an Indian film actress and model who appears in Bollywood films. Rautela was crowned Miss Diva - 2015 and represented India at the Miss Universe 2015 pageant. 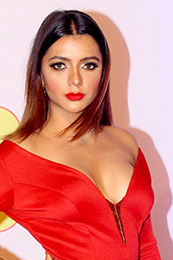 Ritika Singh is an Indian actress and mixed martial artist, who predominantly appears in Tamil films in addition to Hindi and Telugu films. She first worked as child artist in Tarzan Ki Beti in 2002. After competing for India at the 2009 Asian Indoor Games and then participating in the Super Fight League, she played a leading role in Sudha Kongara Prasad's Tamil film Irudhi Suttru alongside R. Madhavan. She won Special Mention at the 63rd National Film Awards for her performance in the film. She next appeared in the Telugu film Guru and Tamil film Shivalinga. She received Filmfare Awards thrice for a same role in three different languages: Hindi, Tamil and Telugu (Guru).

Pranaam is a 2019 Indian Hindi-language action film directed and written by Sanjiv Jaiswal, and produced by Anil SIngh, Nitin Mishra and Associate producer is Rajnish Ram Puri,. The film's score is composed by Jaan Nissar Lone. The film stars Rajeev Khandelwal, Abhimanyu Singh, Atul Kulkarni, Vikram Gokhale and Sameksha Singh. The film follows story of an IAS officer turned gangster. It was released theatrically on 9 August 2019 and is soon to appear on Netflix.