Tic or TIC may also refer to:

Albany may refer to:

Concord may refer to:

TTT or Triple T may stand for:

Tan or TAN may refer to:

St. Mary's, St. Marys, or St. Maries may refer to the following places:

Tikal is the largest of the ancient ruined cities of the Maya civilization.

PTI may refer to:

Mati may refer to:

Newcastle Airport may refer to: 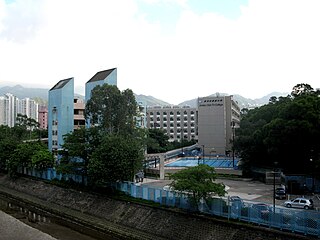 Jockey Club Ti-I College is a secondary school in Fo Tan, Hong Kong. The setting up of Ti-I College, which is not only focused on normal academic curriculum, but also aimed to develop students' potential of visual arts and sports, was proposed by Sir Edward Youde, the late governor of Hong Kong.

Claudio Villa, was an Italian singer and actor.

Nana Kwaku Okyere Duah popularly known as TiC and formerly Tic Tac is an award-winning hiplife musician originally from Kwamo, a suburb in the Ashanti Region in Ghana.

Sueño Electro II is the fifth studio album from the Mexican Pop band Belanova, and is the second half of the Sueño Electro project. The album was recorded simultaneously with the fourth album, Sueño Electro I, and features a similar musical style and continued experimentation, this time with Ranchera and country-inspired music. The band had confirmed that it would be released on August 30, 2011, but it was later delayed until September 6 for simultaneous release in Mexico, USA, and Latin America. Strangely, only the deluxe edition of the album was physically released while the standard edition was released digitally.

The Port of Tyne comprises the commercial docks on and around the River Tyne in Tyne and Wear in the northeast of England.

Ti-Tree Airfield (ICAO:YTIT), also known as Ti Tree aeroplane landing area (ALA) is a landing strip in the Northern Territory of Australia located in the town of Ti-Tree.