Tichenor is a variant of Tickner, an English topographic surname for someone who lived at a crossroad or a fork in the road.. [1]

A more likely origin for the surname is that of a family located in 16th century Sussex whose name derives from the village of Itchenor, [2] near Chichester, previously named in Anglo Saxon, "Iccen Ora" which translates as "Icca's Landing Place." [3] 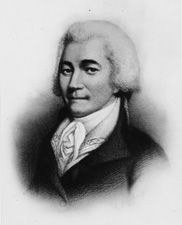 Isaac Tichenor was an American lawyer and politician. He served as the third and fifth governor of Vermont and United States Senator from Vermont.

Bates is a common surname of English origin and is derived from the name Bartholomew. The name could also originate from the Old English "Bat", meaning "Boat", as used to identify a person whose occupation was boatman. Another origin is that which means “lush pasture”, describing someone who lived near such a place. At the time of the British Census of 1881, the relative frequency of the surname Bates was highest in Buckinghamshire, followed by Leicestershire, Bedfordshire, Northamptonshire, Derbyshire, Staffordshire, Warwickshire, Huntingdonshire, Cambridgeshire and Oxfordshire.

Coles is a patronymic surname of English origins deriving from either a pet form of the name Nicholas or from the Old English word meaning '"coal black".

Graves is a surname of English origin. Its distribution within England is centered on Lincolnshire, followed in concentration by Lancashire, Yorkshire, Cumbria, and East Anglia. The surname is likely a variant of Grave with genitival or post-medieval excrescent -s. The surname Grave seems to have its possible origins in: 1. "Occupational name from Middle English greyve, grayve, greve 'steward bailif, manorial officer who managed the lord's demense farm, headman of a town or village', a borrowing from Old Scandinavian greifi 'earl, count". 2. "Locative name from Middle English grave "pit" ". 3. "Relationship name, possibly from the rare Middle English personal name Gre(y)vy, Gre(i)ve, Old Scandinavian Greifi, *Grefe, originally a nickname meaning 'earl, count".

Hopkinson is a surname of English and Welsh origin. Notable people with the surname include:

Duval is a surname, literally translating from French to English as "of the valley". It derives from the Norman "Devall", which has both English and French ties. Variant spellings include: Davolls, Deavall, DeVile, Devill, Deville, Divall, Divell and de Eyvill. Its meaning is derived from the French town of Deville, Ardennes. "Devall" was first recorded in England in the Domesday Book.

The surname Bruce is a surname of Scottish and French origins but also with several other origins. In some cases it is derived from the French place name of Briouze in Orne and in Scotland, Clan Bruce. In other cases it appears to be derived from the French place names Brix in Manche or Bruz in Brittany The surname is also common among a Ghanaian family of Accra of Euro-African ancestry.

The surname Ewing is of Scottish origin, and is an Anglicised form derived from the Gaelic clan name "Clann Eóghain" meaning "Children of Eóghain". The forename "Eógan" is thought to derive ultimately from the Greek eugenes.

Phelps is an English surname. The name is originated as a patronymic form of the name Philip. The name Philip is derived from the Greek name Philippos, which is composed of two elements: the first, philein, "to love"; the second, hippos, "horse". The Dictionary of American Family Names states that the surname Phelps is generally found in the south-western part of England.

As a given name, Cory is used by both males and females. It is a variation of the name Cora, which has Greek origins and is the maiden name of the goddess Persephone. The name also can have origins from the Gaelic word coire, which means "in a cauldron", or "in a hollow".

Soyer is a surname of French and Turkish origin. It may refer to:

Tickner is a topographic surname of English origin for someone who lived at a crossroad or a fork in the road. Notable people with the surname include:

Lansing is a Dutch patronymic surname from the personal name Lans. The "-ing" or "-ink" suffix originally was patronymic, but later also became indicative of a place. Lansing is now a rare name in the Netherlands, but there are many descendants in the United States of Gerrit Gerritse Lansing (ca.1615–bef.1654), a baker in Hasselt, Overijssel, whose widow and children migrated to New Netherland in 1654. At a later time there the surname became used as a middle name and given name. Notable people with the name include: 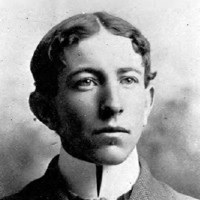 Walker Reynolds "Tick" Tichenor was a college football player, coach, and official, as well as a sportswriter and attorney.

Ticknor, a variant spelling of Tickner, is a topographic surname of English origin for someone who lived at a crossroad or a fork in the road. Notable people with the surname include:

Spratt or Sprat is a surname of British origin, first recorded in the Domesday book of 1086 as Sprot in Essex and Sprott in Dorset. It may derive from 'sprot' or the similar 'sprit'. An alternative derivation is from 'espirit'. Originally it was a personal name and may have been used as a nickname for a slender person.

Greulich is a surname of German origin. Notable people with the surname include:

Surname list
This page lists people with the surname Tichenor.
If an internal link intending to refer to a specific person led you to this page, you may wish to change that link by adding the person's given name(s) to the link.
This page is based on this Wikipedia article
Text is available under the CC BY-SA 4.0 license; additional terms may apply.
Images, videos and audio are available under their respective licenses.