Tidal Wave (or Oasis presents Tidal Wave for sponsorship purposes) is a giant 'Shoot-the-Chutes' water ride located at Thorpe Park in Surrey, England, UK. It was opened in 2000 and was Tussauds' first major investment in the park before the Colossus rollercoaster in 2002.

When the ride was constructed in 2000 it was the tallest water ride in Europe [1] and retained the title until 2002, when Hydro at Oakwood Theme Park was opened.

The ride is set in a 1960s New England-style fishing village "Amity Cove", which appears to have been hit by a tidal wave. Throughout Amity Cove, a pastiche radio station named "WWTP Radio" plays pop and surf music from the era (for example The Beach Boys and Elvis Presley), along with parody advertisements, news reports and interviews with village characters. The area originally had many scenic features, effects and visual gags on this theme, though today much has disappeared.

The ride's queueline is host to a number of partially-ruined buildings, including a bathroom with a leaking shower, an overflowing toilet and a house with a boat stuck in its roof. The station is built at an angle to give the impression that the building is sinking. Upon leaving the ride, guests are led through an open-fronted shack above the end of the track, directly in front of the splash down. As the boat hits the water, the wave travels straight towards this building and often continues on to the pathway behind.

Originally around the splash pool were several large effects, such as a giant water tower which released a torrent of water, the sound of a church organ coming from the spire of a sunken church and a gas tank that exploded with a giant flame. The gas tank no longer operates because the cylinders that were used to fuel the flame were removed during the construction of Stealth and never replaced.

The area also features a few food outlets - a doughnut shop called Amity Naughty Bites and a kebab shop called 'The Amity Kebab Co.' (the Tidal Wave photo unit is located directly above the kebab shop). A small Ben & Jerry's kiosk is also located at Tidal Wave's exit. In addition, the area houses a fish and chip shop, known as 'Amity Fish & Chips'. There are also shops in Amity, Thorpe Park's largest shop (called Thorpe Mega Store) and there is also a Tickets and Information kiosk next to Tidal Wave's entrance selling Fastrack and Bounce Back tickets.

There is also a KFC in the area, which fits into the theme as it looks like a 1950s American diner. Inside, there are broken mirrors on the walls and the ceiling appears to be damaged by the tidal wave. The restaurant has a life-sized shark piece of theming that appears to have been slammed into the side of the building.

A Burger King is also located within the area, and is themed, in a very similar fashion to the KFC, as a 1950s diner.

In anticipation for Stealth, the Amity area was extended towards the Teacups (a traditional fairground 'teacups' ride). The Teacups were rethemed, with cracks painted onto the cups and the ride was renamed "Storm In A Teacup". Stealth was the signature attraction in Thorpe Park when it opened and when the Flying Fish was relocated in 2007 it was also fitted to the Amity theme. In 2008, Time Voyagers, a new 4D film opened, extending Amity towards a fish and chip restaurant. In 2011, Storm Surge, a spinning rapids ride opened opposite Tidal Wave.

Thorpe Park Resort, commonly known as Thorpe Park, is an amusement park located in the village of Thorpe between the towns of Chertsey and Staines-upon-Thames in Surrey, England, 20 miles (32 km) southwest of Central London. It is operated by Merlin Entertainments and includes rides, themed cabins, live events and Stealth, the UK's fastest rollercoaster. In 2019 Thorpe park was the UK's third most visited theme park (1.9m) behind Alton Towers & Legoland Windsor. However, due to the coronavirus pandemic in 2020 the park only had a 125-day operation season along with limited capacity. As a result of this the park had a huge decrease in attendance. However Thorpe park was the second most attended park in the UK behind Alton Towers in 2020. 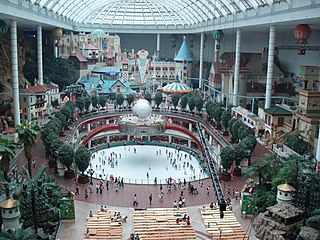 Wild Adventures is a zoological theme park in Clyattville, Georgia, which is located 5 miles (8.0 km) south of Valdosta, Georgia, United States. It is owned by Herschend Family Entertainment and has been managed by Jon Vigue since January 2019. The park features rides and attractions, including six roller coasters, exotic animals, shows, Splash Island water park and concerts from country, pop, rock, Christian, and oldies superstars. The park is located just off of Interstate 75. 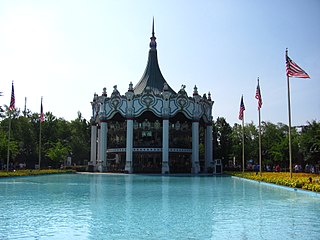 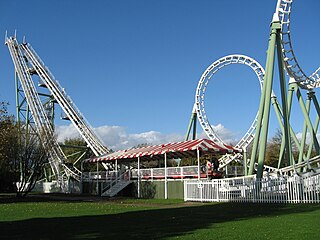 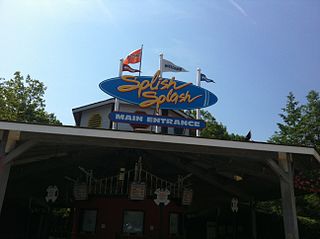 Splish Splash is a 96-acre (390,000 m2) water park in Calverton, New York. It features 30 rides and is open from May through September. Travel Channel ranked Splish Splash as the third best water park in the United States in the year 2009.

Cultus Lake is a lake, associated community and provincial park in the Fraser Valley region of British Columbia, Canada. It is the source of the Sweltzer River. The lake itself is warm, and the area has become a popular recreation destination with ample opportunities for fishing, water skiing, wind surfing, wakesurfing, kayaking, standup paddle-boarding and hiking. Cultus Lake is located 11 kilometers (6.8 mi) south of the Chilliwack River, near the city of Chilliwack and approximately 80 kilometers (50 mi) east of Vancouver. In 1950, Cultus Lake became a Provincial park of British Columbia. Cultus Lake covers an area of 656 hectares, evenly on either side of the lake. At one time the lake had a sawmill and booming ground until it became a provincial park in the 1950s.

The Flying Fish is a powered steel roller coaster located at Thorpe Park in Surrey. The ride was known as Space Station Zero upon opening in 1984, until being moved outdoors in 1990. It was removed in 2005 to make way for Stealth, but reinstalled in a different location two years later. 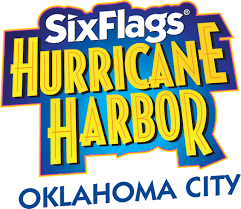 Storm Surge is a 'Spinning Rapids' water ride at Thorpe Park, Surrey, United Kingdom manufactured by WhiteWater West. It is located in the Amity area of the park, in the vicinity of the park's Tidal Wave-themed ride. Storm Surge, which opened in March 2011 with a fairground ride theme, makes use of the Tidal Wave water which has washed into Amity, as the town enters the 1970s. The ride was relocated from the transforming "Cypress Gardens Florida, which was acquired by Merlin Entertainments to be turned into Legoland Florida.

Soak City is a water park at Kings Island amusement park in Mason, Ohio. Opening in 1989 as WaterWorks, the water park is included with the price of admission to Kings Island. It is owned and operated by Cedar Fair.