The symbols consist of a letter of the ISO basic Latin alphabet in a rhombus, printed in purple ink. On any particular chart each tidal diamond will have a unique letter starting from "A" and continuing alphabetically.

The ISO basic Latin alphabet is a Latin-script alphabet and consists of two sets of 26 letters, codified in various national and international standards and used widely in international communication. They are the same letters that comprise the English alphabet.

Somewhere on the chart, generally on land, will be a Tidal Diamond table. This contains a grid of thirteen rows and three columns for each Diamond. The rows are the hours of the tidal cycle showing the 6 hours before high water, high water itself and the 6 hours after high water. [1] The columns show the bearing of the tidal stream and its speed, in knots, at both spring tide and neap tide. The times on the table are related to the high water of the standard port displayed on the table. 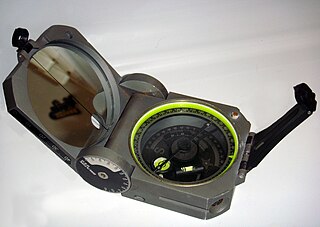 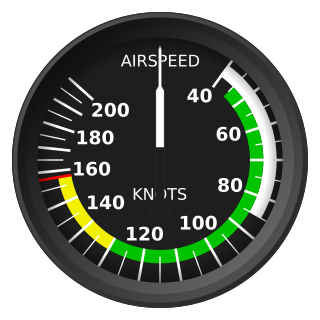 A Standard port is a port whose tidal predictions are directly given in the Tide tables.

An alternative to a tidal diamond is a tidal atlas which are often more accurate and easier to use (if available).

A tidal atlas or a tidal stream atlas is used to predict the direction and speed of tidal currents. 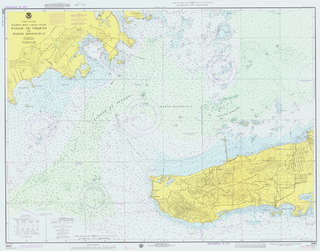 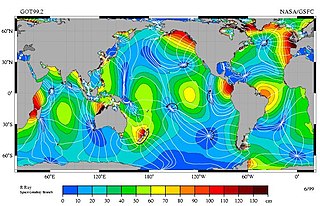 The lunitidal interval, measures the time lag from the Moon passing overhead, to the next high or low tide. It is also called the high water interval (HWI). Sometimes a term is not used for the time lag, but instead the terms age of the tide or the establishment of the tide are used for the entry that is in the tidal tables.

HMS Conway was a naval training school or "school ship", founded in 1859 and housed for most of her life aboard a 19th-century wooden ship of the line. The ship was originally stationed on the Mersey near Liverpool, then moved to the Menai Strait during World War II. While being towed back to Birkenhead for a refit in 1953, she ran aground and was wrecked, and later burned. The school moved to purpose-built premises on Anglesey where it continued for another twenty years.

Saltstraumen is a small strait with one of the strongest tidal currents in the world. It is located in the municipality of Bodø in Nordland county, Norway. It is located about 10 kilometres (6.2 mi) southeast of the town of Bodø. The narrow channel connects the outer Saltfjorden to the large Skjerstad Fjord between the islands of Straumøya and Knaplundsøya. The Saltstraumen Bridge on Norwegian County Road 17 crosses Saltstraumen.

Skookumchuck Narrows is a strait forming the entrance of Sechelt Inlet on British Columbia's Sunshine Coast in Canada. Before broadening into Sechelt Inlet, all of its tidal flow together with that of Salmon Inlet and Narrows Inlet must pass through Sechelt Rapids. At peak flows, whitecaps and whirlpools form at the rapids even in calm weather. The narrows are also the site of a Skookumchuk Narrows Provincial Park.

A chart datum is the water level that depths displayed on a nautical chart are measured from. A chart datum is generally derived from some phase of the tide. Common chart datums are lowest astronomical tide and mean lower low water. In non-tidal areas, e.g., the Baltic Sea, Mean Sea Level (MSL) is used. 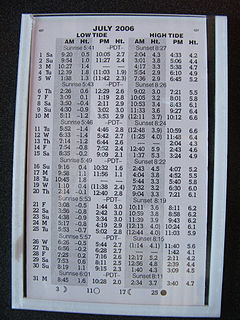 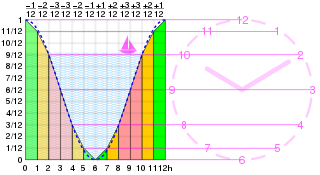 The rule of twelfths is an approximation to a sine curve. It can be used as a rule of thumb for estimating a changing quantity where both the quantity and the steps are easily divisible by 12. Typical uses are predicting the height of the tide or the change in day length over the seasons. 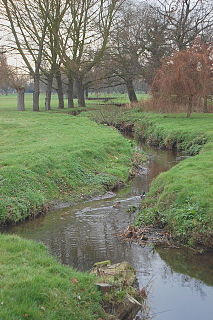 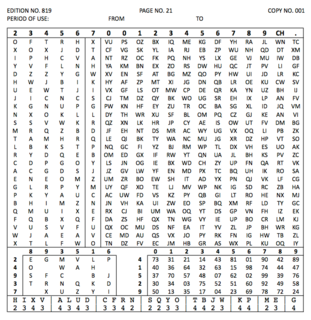 BATCO, short for Battle Code, is a hand-held, paper-based encryption system used at a low, front line level in the British Army. It was introduced along with the Clansman combat net radio in the early 1980s and was largely obsolete by 2010 due to the wide deployment of the secure Bowman radios. BATCO consists of a code, contained on a set of vocabulary cards, and cipher sheets for superencryption of the numeric code words. The cipher sheets, which are typically changed daily, also include an authentication table and a radio call sign protection system. 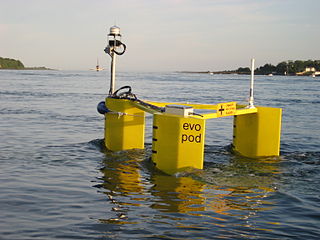 Evopod is a unique tidal energy device being developed by a UK-based company Oceanflow Energy Ltd for generating electricity from tidal streams and ocean currents. It can operate in exposed deep water sites where severe wind and waves also make up the environment.