Tideng Pale (abbreviated as: TDP [1] ) is a village in Tana Tidung Regency, North Kalimantan Province of Indonesia and the administrative capital of its regency.

Enosburg Falls is a village in the town of Enosburgh in Franklin County, Vermont, in the United States. The population was 1,329 at the 2010 census, down from 1,473 at the 2000 census.

The Markopoulo Olympic Shooting Centre was the site of the shooting events at the 2004 Summer Olympics in Athens, Greece. The venue is located in Markópoulo, on the outskirts of the eastern suburbs of Athens. It has a seating capacity of 4,000, though a public capacity of only 2,330 for the Olympics. The venue was completed in March, 2004 and officially opened on August 2, 2004, shortly before the beginning of the Olympics.

Dongdan, literally "Eastern Single" or "Eastern Single Sign Gate" is the name of a crossing on Beijing's Chang'an Avenue and surrounding neighborhood. The name is derived from the single paifang or Chinese sign gate that once marked the intersection. In the checkerboard layout of Beijing, the Dongdan intersection in Dongcheng District to the east of the city centre, is balanced by Xidan or the "Western Single" in Xicheng District to the west of city centre. Dongdan and Xidan were traditionally market centers. 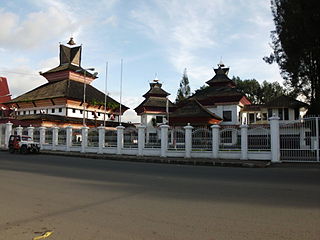 Kabanjahe is a town approximately 90 minutes from Medan, North Sumatra, Indonesia. Kabanjahe is to the south of Berastagi. Kabanjahe is the capital of Karo Regency. Frequent buses connect the two towns and a journey takes about 15 minutes.

Nunukan Regency is a regency of North Kalimantan Province in Indonesia. Nunukan Regency shares international borders with the Malaysian states of Sabah to the north and Sarawak to the west, and inter-regency borders with Tana Tidung Regency and Malinau Regency to the south.

Kiyawa is a town and Local Government Area in Jigawa State, Nigeria.

This is an article about the extreme points of Indonesia. 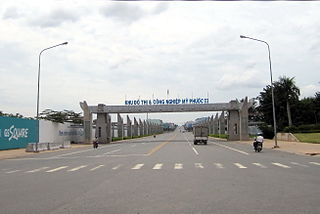 Bến Cát is a district-level town of Bình Dương Province in the Southeast region of Vietnam. The town was formed from a portion of Bến Cát District in 2014, while the rest of the district was renamed Bàu Bàng District.

Naruja is a village in western Georgian region of Guria with the population of 2148 (2014). It i.

İkinci Yalama is a village in the Khachmaz Rayon of Azerbaijan.

Ghazarahogh is a village de jure in the Kalbajar Rayon of Azerbaijan, but de facto in the Martakert Province of the self-proclaimed Republic of Artsakh. 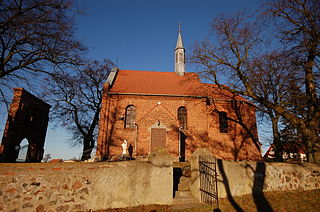 Duszno is a village in the administrative district of Gmina Trzemeszno, within Gniezno County, Greater Poland Voivodeship, in west-central Poland.

Kosowo is a village in the administrative district of Gmina Gostyń, within Gostyń County, Greater Poland Voivodeship, in west-central Poland. It lies approximately 8 kilometres (5 mi) west of Gostyń and 56 km (35 mi) south of the regional capital Poznań.

Korman is a village in the municipality of Aleksinac, Serbia. According to the 2002 census, the village has a population of 773 people.

Changlong station is a Metro station of Shenzhen Metro Line 5. It opened on 22 June 2011. This station is in the middle of Jihua Road.

KUCC 88.1 FM is a radio station licensed to Clarkston, Washington. The station broadcasts a Christian format and is owned by Upper Columbia Media Foundation.