Leah Marie Remini is an American actress, author, activist, and former Scientologist. She starred as Carrie Heffernan on the long-running CBS comedy series The King of Queens (1998–2007) and later co-hosted The Talk in 2010–11. Since 2016, she has co-produced and hosted the Emmy Award-winning A&E documentary series Leah Remini: Scientology and the Aftermath. From 2017 until 2018, Remini also starred in Kevin Can Wait as Vanessa Cellucci, alongside Kevin James, her former co-star on The King of Queens.

Margarita Ibrahimoff, known professionally as Rita Wilson, is an American actress, singer, songwriter, and producer. Her film appearances include Volunteers (1985), Sleepless in Seattle (1993), Now and Then (1995), Jingle All the Way (1996), The Story of Us (1999), Runaway Bride (1999), It's Complicated (2009), and Larry Crowne (2011), and she appeared in the television series The Good Wife and Girls. Wilson has performed on Broadway, and has produced several films, including My Big Fat Greek Wedding (2002). As a singer/songwriter, Wilson has released the albums AM/FM, Rita Wilson, Bigger Picture, and Halfway to Home. In March 2019, she received a star on the Hollywood Walk of Fame.

Grey's Anatomy is an American medical drama television series that premiered on March 27, 2005, on the American Broadcasting Company (ABC) as a mid-season replacement. The fictional series focuses on the lives of surgical interns, residents, and attending doctors as they develop into seasoned doctors while balancing personal and professional relationships. The title is an allusion to Gray's Anatomy, a classic human anatomy textbook first published in 1858 in London and written by Henry Gray. Shonda Rhimes developed the pilot and continues to write for the series. She is also one of the executive producers alongside Betsy Beers, Mark Gordon, Krista Vernoff, Rob Corn, Mark Wilding, and Allan Heinberg. Although the series is set in Seattle, it is filmed primarily in Los Angeles, California.

The Walking Dead is an American post-apocalyptic comic book series created by writer Robert Kirkman and artist Tony Moore – who was the artist on the first 6 issues and cover artist for the first 24 – with art on the remainder of the series by Charlie Adlard. It focuses on Rick Grimes, a Kentucky deputy who is shot in the line of duty and awakens from a coma in a zombie apocalypse that has resulted in a state-wide quarantine. After joining with some other survivors, he gradually takes on the role of leader of a community as it struggles to survive the zombie apocalypse. Published beginning in 2003 by Image Comics, the series ran for 193 issues, with Kirkman unexpectedly ending the series in 2019.

The Bulgarian name system has considerable similarities with most other European name systems, and with those of other Slavic peoples such as the Russian name system, though it has certain unique features.

"And in the End..." is the 331st and final episode of the American television series ER. The two-hour episode aired on April 2, 2009 and was preceded by a one-hour retrospective special. 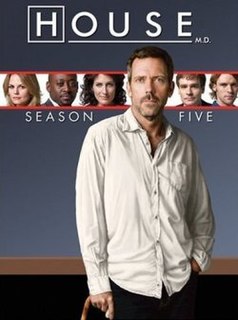 The 14th Youth in Film Awards ceremony, presented by the Youth in Film Association, honored outstanding youth performers under the age of 21 in the fields of film, television, theater and music for the 1991-1992 season, and took place on January 16, 1993, at the Sportsmen's Lodge in Studio City, California. 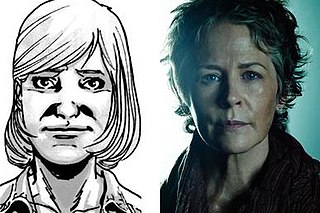 Carol Peletier is a fictional character from the comic book series The Walking Dead and is portrayed by Melissa McBride in the American television series of the same name, where she is the longest living female character. Carol is introduced in the comics in the third issue of the first volume, "Days Gone Bye," in 2003, and the third episode of the first season of the television series in 2010, as a meek housewife and mother of Sophia at the survival camp in Atlanta, Georgia. Initially a recurring cast member, McBride was upgraded to a series regular position at the onset of the second season, and the character's role has predominantly increased since the fourth season. McBride's name was added to the opening credits in the fourth season and she became second-billed as of the final three episodes of the tenth season. The character's arc has been described as a "hero's journey" by executive producer Scott M. Gimple, having made many difficult decisions in order to survive.

Vladimir Karamazov is a Bulgarian actor, producer and photographer. In 2013 he was awarded the “Golden Century" diploma for contribution to culture. The award is given by the Ministry of Culture of Republic of Bulgaria. 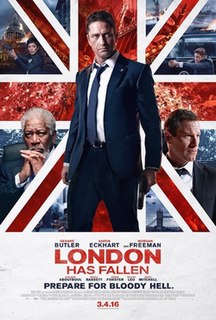 London Has Fallen is a 2016 American action thriller film directed by Babak Najafi and written by Creighton Rothenberger, Katrin Benedikt, Chad St. John and Christian Gudegast. It is a sequel to Antoine Fuqua's 2013 film Olympus Has Fallen and stars Gerard Butler, Aaron Eckhart and Morgan Freeman, with Alon Moni Aboutboul, Angela Bassett, Robert Forster, Jackie Earle Haley, Melissa Leo, Radha Mitchell, Sean O'Bryan, Waleed Zuaiter and Charlotte Riley in supporting roles. It is the second installment in the Fallen film series. The film follows a plot to assassinate the world leaders of the G7 as they attend the British Prime Minister's funeral in London, and Secret Service agent Mike Banning's efforts to protect US President Benjamin Asher from being killed by the terrorists. 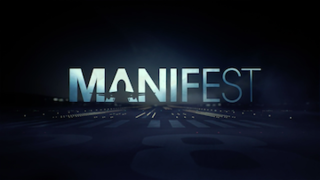 Manifest is an American supernatural drama television series, created by Jeff Rake, that premiered on September 24, 2018, on NBC. The series centers on the passengers and crew of a commercial airliner who suddenly reappear after being presumed dead for more than five years. It stars Melissa Roxburgh, Josh Dallas, Athena Karkanis, J. R. Ramirez, Luna Blaise, Jack Messina, Parveen Kaur, and Matt Long. In October 2018, NBC ordered an additional three episodes of the series, bringing the first season total up to 16 episodes. 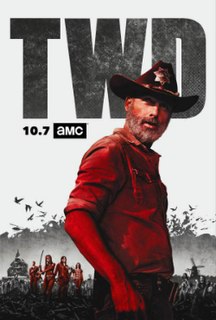 The ninth season of The Walking Dead, an American post-apocalyptic horror television series on AMC premiered on October 7, 2018, and concluded on March 31, 2019, consisting of 16 episodes. Developed for television by Frank Darabont, the series is based on the eponymous series of comic books by Robert Kirkman, Tony Moore, and Charlie Adlard. The executive producers are Kirkman, David Alpert, Scott M. Gimple, Angela Kang, Greg Nicotero, Tom Luse, Denise Huth, and Gale Anne Hurd, with Kang taking over the role of showrunner from Gimple.