Tiffani Faison is an American celebrity chef and restaurateur. She is based in Boston, [1] [2] has served as a judge on Food Network's television series Chopped, [3] and is a four-time James Beard Award Finalist for Best Chef: Northeast (2018, 2019, 2020, 2022). She was the Winner of Tournament of Champions season 3 [4] [5] [6] and was named Boston's Best Chef by Boston Magazine in 2022. [7] She was one of two finalists on the first season of Bravo's reality show, Top Chef , where she finished second place to Harold Dieterle.

Faison attended the Cambridge School of Culinary Arts (2002 to 2003). [12] Just prior to appearing on Top Chef, Faison was employed as chef de partie under Daniel Boulud at his signature, Michelin Star restaurant in the Wynn Las Vegas and also worked at the Tao restaurant at The Venetian in the same city.

After the airing of the final episode of Top Chef in May 2006, Faison took a summer position cooking at the Straight Wharf restaurant in Nantucket, Massachusetts, working under chefs Amanda Lydon and Gabriel Frasca. [13] In 2007, she was executive chef at Todd English's brasserie, Riche , in New Orleans, Louisiana. [14] In May 2007, Faison cohosted a Greek Isles culinary cruise for Olivia, a lesbian lifestyle and travel services company. [15] Faison returned to Boston, and was Executive Chef at Rocca Kitchen & Bar (500 Harrison Avenue), a once popular neighborhood space on Friday nights, until it closed in December, 2010. [16] [17]

Faison first rose to culinary fame when she placed runner up in the first Season of Top Chef. [18] She then took part in a single episode cooking competition called 4 Star All Stars which pitted four Top Chef season one contestants (Stephen Asprinio, Dieterle, Faison and David Martin) against four season two contestants (Elia Aboumrad, Ilan Hall, Sam Talbot and Marcel Vigneron). Faison's team scored the winning menu and received a $20,000 donation to the Susan G. Komen for the Cure charity. This episode aired on Bravo on June 6, 2007. [19]

Faison also took part in the Top Chef Holiday Special that aired on December 7, 2007, winning the $20,000 prize. Faison returned as a contestant on season 8 of Top Chef, and was eliminated in the sixth episode. Faison finished as runner-up in the Top Chef Duels 2014 competition. [20] As of 2020, Faison is a judge on Chopped and participated as the judge to beat on one of the beat the judge episodes. She also made it to the finals of Chopped: Grudge Match, placing second to Marcus Samuelsson. [21]

Faison has also been a culinary guest on such national television shows as NBC TODAY, [26] CBS: This Morning [27] and America's Test Kitchen. [28]

Faison is currently owner and head chef of Sweet Cheeks Q, a Texas-style barbecue restaurant in Boston's Fenway District. Opened in late 2011, Sweet Cheeks Q was her first restaurant. [29] Sweet Cheeks Q has been named as Boston's Best Barbecue by local and national media, [30] [31] and Forbes wrote that its "biscuits were the best in the world." [32]

In December 2015, she opened her acclaimed restaurant, Tiger Mama, a restaurant in Fenway focusing on Southeast Asian cuisine. [33] Faison closed Tiger Mama in late October 2021 in order to focus on a new restaurant that will be located in the same space in Fenway (coming in late 2022). [34]

She was born in Bremerhaven, Germany to American parents, where her father was stationed in the United States military. [40] The family moved around several times during her childhood and by the time she was in high school, settled in Santa Rosa, California. [40]

Faison formerly identified as bisexual, [41] but now identifies as lesbian. [42] [40] Faison began volunteering for HIV/AIDS organizations and going into San Francisco. [40] Faison currently serves on the Board of Directors for Women Chefs & Restaurateurs as well as on The Boston Alliance of Lesbian Gay Bisexual Transgender Queer Youth. [43]

In September 2019, she was appointed to The Commonwealth of Massachusetts’ Restaurant Promotion Commission for her commitment to the state's restaurant business as a whole. [44]

Elizabeth Falkner is an American chef, pastry chef, author, restaurateur, and consulting chef. She has appeared as a competitor and sometimes a judge on reality television cooking competitions, and she is a Top Chef television series alum. She is currently residing and working in Los Angeles, California,

Cambridge School of Culinary Arts (CSCA) is a professional school located in Cambridge, Massachusetts. It offers several certificate and professional programs, including a culinary studies and pastry specialization. It also offers a variety of open-enrollment, one-day classes available to the general public. 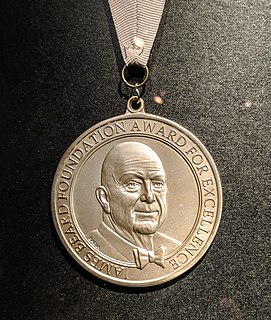 Stephanie Izard is an American chef and television personality best known as the first female chef to win Bravo's Top Chef, taking the title during its fourth season. She is the co-owner and executive chef of three award-winning Chicago restaurants, Girl and the Goat, Little Goat, and Duck Duck Goat, and opened her first restaurant, Scylla as chef-owner at the age of 27. Izard received a James Beard Foundation Award for "Best Chef: Great Lakes" in 2013 for her work at Girl and the Goat. She has made a number of appearances on Top Chef since her win, both as a guest judge on subsequent seasons and as a participant in Top Chef Duels. In 2017, Izard competed in the Food Network series Iron Chef Gauntlet, where she overall defeated chefs Bobby Flay, Michael Symon, and Masaharu Morimoto to obtain the title of Iron Chef.

Joan Nathan is an American cookbook author and newspaper journalist. She has produced TV documentaries on the subject of Jewish cuisine. She was a co-founder of New York's Ninth Avenue Food Festival under then-Mayor Abraham Beame. The Jerusalem Post has called her the "matriarch of Jewish cooking".

Miya's was a restaurant in New Haven, Connecticut, United States, credited as the first sustainable sushi restaurant in the world. The restaurant was founded by Yoshiko Lai, a Japanese nutritionist. As of 2021, they are permanently closed.

Christina Tosi is an American chef, author, and television personality. She is the chef, founder, owner, and CEO of Milk Bar, the sister bakery to the Momofuku restaurant group, with seventeen locations across North America. She is influential in the culinary industry, and was featured on Food & Wine magazine's list of "Most Innovative Women in Food and Drink" in 2014.

James Bissonnette is an American restaurateur and chef. He and Ken Oringer are joint owners of a number of restaurants in Greater Boston area. He is also a recipient of the 2014 Best Chef Northeast for the James Beard Foundation Awards, a prestigious culinary award. He was also nominated for the award in 2012 and 2013. 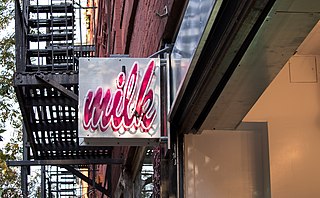 Milk Bar is a chain of dessert and bakery restaurants in the United States, founded by chef Christina Tosi. Tosi owns the chain with the Manhattan-based Momofuku restaurant group; Momofuku does not control the operations of Milk Bar.

James Kenji López-Alt, often known simply as Kenji, is an American chef and food writer. His first book, The Food Lab: Better Home Cooking Through Science, became a critical and commercial success, charting on the New York Times Bestseller list and winning the 2016 James Beard Foundation Award for the best General Cooking cookbook. The cookbook expanded on López-Alt's "The Food Lab" column on the Serious Eats blog. López-Alt is known for using the scientific method in his cooking to improve popular American recipes and to explain the science of cooking.

Ford Fry is an American chef and restaurateur based in Atlanta, Georgia. His team consists of 13 restaurants in Georgia, three restaurants in Houston, two in Charlotte and two in Nashville. Fry's portfolio of restaurants includes JCT. Kitchen & Bar, no. 246, The Optimist, King + Duke, St. Cecilia, The El Felix, Superica, Marcel State of Grace, BeetleCat, and La Lucha. Several of Fry's restaurants have received various accolades. In October 2015, CBS This Morning described Fry as "one of the most prolific chefs and restaurateurs" in the United States. In March 2021, Atlanta Eats dubbed Fry "a peerless restaurateur with many beloved brands."

Joanne Chang is an American chef and restaurant owner. She is the owner of Flour Bakery in Boston and Cambridge, Massachusetts and James Beard Foundation Award winner for Outstanding Baker, 2016. In announcing the award, Devra First of the Boston Globe wrote that Chang was "on her way to becoming the Susan Lucci of the Beards." She is known for her sticky buns. In 2021, Chang appeared as a judge on Netflix's Baking Impossible.

Pierce Boston is a residential apartment and condo building located in the Fenway–Kenmore neighborhood of Boston, Massachusetts (USA), at the corner of Boylston Street and Brookline Avenue. The 30-story mixed-use development includes luxury condo, apartment, and retail components. It is the tallest building in the neighborhood.

Sweet Cheeks may refer to:

Ashley Christensen is an American chef, restaurateur, author, and culinary celebrity. She was James Beard Award Best Chef Southeast in 2014 and in 2017 received Eater's Best Chef in the Nation award. Christensen attended North Carolina State University. Christensen lives and works in Raleigh, North Carolina. She was among the five finalists in 2018 for the James Beard Award for Outstanding Chef. In 2019, she won Outstanding Chef.

Jody Adams is an American chef and restaurateur. Adams owns and operates TRADE and Porto in Massachusetts. She was owner and executive chef of Rialto in Cambridge, Massachusetts, for over 20 years. In 1997, she won the James Beard Award for Best Chef in America Northeast.

Chris Coombs is an American chef and restaurateur who specializes in French-American cuisine. He is the co-owner of Boston Urban Hospitality, a restaurant group based in Boston, Massachusetts. 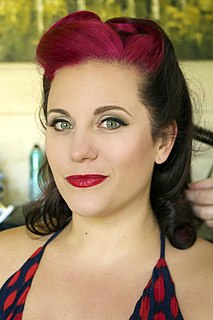 Mei Lin is a Chinese-American chef and television personality, best known as the winner of the twelfth season of the Bravo television network's reality television series, Top Chef. After winning Top Chef in 2014, Lin worked as a personal chef for Oprah Winfrey before going on to open her first restaurant, Nightshade in Los Angeles in 2019.