Tiffany Jana (born June 13, 1977) is the founder of TMI Consulting Incorporated, a diversity and inclusion management consulting firm founded in 2003 and headquartered in Richmond, Virginia. TMI Consulting is a benefit corporation as well as a certified B Corporation and earned the 2016 Best for the World [1] [2] honor from the nonprofit B Lab that certifies B Corps worldwide.

Jana is the co-author, with Matthew Freeman, of Overcoming Bias: Building Authentic Relationships across Differences (2016, Berrett-Koehler), as well as co-author, with Ashley Diaz Mejias, of Erasing Institutional Bias: How to Create Systemic Change for Organizational Inclusion (2018, Berrett-Koehler). The former received an endorsement from 2016 Vice-Presidential candidate Tim Kaine. [3] TMI Consulting is featured in The B Corp Handbook: How to Use Business as a Force for Good [4] by Ryan Honeyman and, more recently, Jana has become the co-author, with Honeyman, of the second edition of The B Corp Handbook (2019, Berrett-Koehler). Dr. Jana helped rewrite the new edition from a perspective of diversity, equity, and inclusion. Launched April 23, 2019, the second edition was an instant best-seller on Amazon, hitting #1 in New Release in Green Business, #3 in Green Business overall, and #8 in Corporate Governance on the first day (and improving those positions on day two to #1 in Green Business, #1 in Corporate Governance, and #3 in Environmental Economics). The B Corp Handbook 2nd Edition was awarded an IPPY medal in Business Category (45) of the 2020 Independent Publisher Book Awards. [5]

Jana's fourth book, co-authored with Michael Baran is titled Subtle Acts of Exclusion: How to Understand, Identify, and Stop Microaggressions (2020, Berrett-Koehler). The day after Subtle Acts of Exclusion launched, Jana and Baran presented the book with its subtle acts of exclusion term for microaggressions at the Forum on Workplace Inclusion, the largest diversity, equity and inclusion conference in the United States. Their session was called "There's Nothing Micro About Microaggressions". [6] Four months before the book went on sale, Publishers Weekly featured it in an article about up and coming books. [7] Subtle Acts of Exclusion went on to win two international awards: the getAbstract Readers’ Choice 2020 International Book Award [8] and the 2020 McAdam Book Award. [9]

Jana is an international public speaker, having provided the keynote address for the 2015 Hong Kong Social Enterprise Summit, [14] and the Dialogues for Change in several German cities including Berlin, Leipzig, Ludwigsburg, and Bottrop. [15] [16] [17] They participated on a panel as part of Adweek's 2016 Adweek New York conference at Thomson Reuters featuring her book. [18] In August, 2015, Jana was appointed for a 5-year term by the Governor of Virginia, Terry McAuliffe to the Board of Trustees of the Science Museum of Virginia. [19] On November 11, 2016, Mayor-elect of Richmond, VA, Levar Stoney named Jana as co-chair (with lobbyist and former gubernatorial aide Bill Leighty) of his transition team. [20] Jana was appointed to a four-year term on the Board of Directors of the Richmond Economic Development Authority on January 9, 2017 [21] and was subsequently named one of Inc. magazine's Top 100 Leadership Speakers for 2018. [22] Dr. Jana was appointed to the Virginia 2020 Census Complete Count Commission by Governor Ralph Northam in January 2019. [23]

Dr. Jana identifies as gender fluid and non-binary, and prefers singular they pronouns. [24]

Henry Mintzberg is a Canadian academic and author on business and management. He is currently the Cleghorn Professor of Management Studies at the Desautels Faculty of Management of McGill University in Montreal, Quebec, Canada, where he has been teaching since 1968.

Edgar Henry Schein, a former professor at the MIT Sloan School of Management, has made a notable mark on the field of organizational development in many areas, including career development, group process consultation, and organizational culture. He is the son of former University of Chicago professor Marcel Schein.

John Perkins is an American author. His best known book is Confessions of an Economic Hit Man (2004), in which Perkins claims to have played a role in an alleged process of economic colonization of Third World countries on behalf of what he portrays as a cabal of corporations, banks, and the United States government. The book's claims were met with skepticism and rebuttal by some, but spent more than 70 weeks on the New York Times bestseller list, has been published in at least 32 languages, and is used in many college and university programs.

Open Space Technology (OST) is a method for organizing and running a meeting or multi-day conference, where participants have been invited in order to focus on a specific, important task or purpose.

Microaggression is a term used for commonplace daily verbal, behavioral or environmental slights, whether intentional or unintentional, that communicate hostile, derogatory, or negative attitudes toward stigmatized or culturally marginalized groups. The term was coined by Harvard University psychiatrist Chester M. Pierce in 1970 to describe insults and dismissals which he regularly witnessed non-black Americans inflicting on African Americans. By the early 21st century, use of the term was applied to the casual degradation of any socially marginalized group, including LGBT people, people living in poverty, and people who are disabled. Psychologist Derald Wing Sue defines microaggressions as "brief, everyday exchanges that send denigrating messages to certain individuals because of their group membership". The persons making the comments may be otherwise well-intentioned and unaware of the potential impact of their words.

Kenneth Hartley Blanchard is an American author, business consultant and motivational speaker. His writing career includes 60+ published books, most of which are co-authored books. His most successful book, The One Minute Manager, has sold over 15 million copies and been translated into many languages. 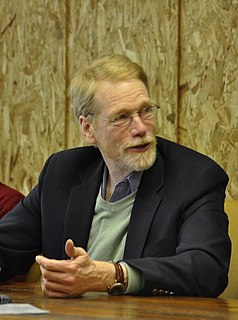 Gifford Pinchot III is an American entrepreneur, author, inventor, and president of Pinchot & Company. He is credited with inventing the concept of intrapreneurship in a paper that he and his wife, Elizabeth Pinchot, wrote in 1978 titled "Intra-Corporate Entrepreneurship" while attending Tarrytown School for Entrepreneurs in New York.

Kevin Nadal is an author, activist, comedian, and Distinguished Professor of Psychology at John Jay College of Criminal Justice and The Graduate Center of the City University of New York. He is a researcher and expert on the effects of microaggressions on racial/ ethnic minorities and LGBTQ people. 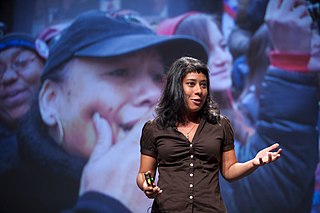 Rinku Sen is an Indian-American author, activist, political strategist and the executive director of Narrative Initiative. She is also the co-president of the Women’s March Board of Directors. Sen is the former president and executive director of the racial justice organization Race Forward and publisher of Colorlines.com and Mother Jones magazine.

Diana Whitney is an American author, award-winning consultant and educator whose writings – 15 books and dozens of chapters and articles – have advanced the positive principles and practices of appreciative inquiry and social constructionist theory worldwide. Her work as a scholar practitioner has furthered both research and practice in the fields of appreciative leadership and positive organization development. She was awarded Vallarta Institute’s Annual 2X2 Recreate the World Award.

Peter Block is an American author, consultant, and speaker in the areas of organization development, community building, and civic engagement.

John Izzo is a businessman, corporate advisor, speaker, bestselling author and an advocate for sustainable living. He is a citizen of both the United States and Canada, and lives in Victoria, British Columbia and Rancho Mirage, California. He writes and speaks about the "world of work". Izzo is the author of nine books.

Brian Tracy is a Canadian-American motivational public speaker and self-development author. He is the author of over eighty books that have been translated into dozens of languages. His popular books are Earn What You're Really Worth, Eat That Frog!, No Excuses! The Power of Self-Discipline and The Psychology of Achievement.

Chip R. Bell is an American author and consultant in customer loyalty and service innovation. He is known for his work in mapping the customer journey as part of the customer service experience and customer forensics.

Juana María Bordas is a Nicaraguan–American community activist specializing in leadership development and diversity training. She is a founder of several Denver, Colorado-area organizations promoting Latino and Latina leadership, including the Mi Casa Resource Center for Women, the National Hispana Leadership Institute, and Mestiza Leadership International, where she currently serves as president. She has authored two books and is a motivational speaker and workshop presenter for conferences and businesses. The recipient of numerous awards and honors, she was inducted into the Colorado Women's Hall of Fame in 1997.

Tamara Winfrey-Harris is an American author, columnist and speaker. Her writing topics include politics, pop culture, race, and gender.

Jean Jolliffe Yancey was an American entrepreneur, small business consultant, women's business mentor, and motivational speaker. After working in retail and fashion in New York City and Denver, Colorado, she opened Jean Yancey & Associates in the latter city in 1973, offering training, consulting, and education for women entrepreneurs. In close to 30 years, she assisted more than 1,000 women launching businesses in public relations, advertising, politics, publishing, and other fields, and was known in Denver as "the mother of all businesswomen". She received many awards, including the 1982 National Advocate for Women in Small Businesses award presented by US President Ronald Reagan in a ceremony in the White House Rose Garden. She was inducted into the Colorado Women's Hall of Fame in 1985.

Maria Pallotta-Chiarolli is an Australian academic, author and activist specializing in the study of gender, sexuality and intersectionality. Pallotta-Chiarolli is an Honorary Fellow at Deakin University, and a member of its Gender and Sexuality Studies Network and LGBTIQ+ Network, researching in gender diversity, cultural diversity, family diversity and sexual diversity. She is also the author of Australia's first AIDS biography.