Tiffin Girls' School is a girls selective school in Kingston upon Thames, south-west London, England. The school moved from voluntary aided status to become an academy in 2011.

The Tiffin name is borrowed from Thomas and John Tiffin, prosperous brewers in the early seventeenth century, who left money in their wills for the education of the poor. The money was first used for scholarships for one or two boys to attend an existing private school but, thanks to wise investment and donations from other local benefactors, nearly 100 children were benefiting from the charitable fund by the 1820s.

By 1869, when the charity schools had closed and the money was no longer needed by the Public Elementary School, the Trustees proposed to dedicate the Tiffin money exclusively to Kingston Grammar School. The dispute that ensued went on until 1872 when it was ruled that the Grammar School should not receive more than a quarter of the income from charities. In 1874, plans were drawn up for two new schools, a Tiffins' School for boys and one for girls, each to take 150 pupils. The Tiffin Girls' School was originally called The Tiffin's Girls' School, but the name was changed as it caused some confusion.[ clarification needed ]

The single building by "The Fairfield" (now recreational cricket ovals), which housed both schools, was completed in 1879 and opened in 1880. Miss Rhoda Ward Fysh was appointed as the girls' school's first headmistress. After fifty years in a previous building in Richmond Road, the school moved to its present site, also in Richmond Road, in 1987. The building had previously been occupied by The Tudor School which was closed by the local authority in 1986.

In 1999, the school benefited from a £500,000 Sport England Lottery Fund Grant. This, combined with fundraising from the school, greatly enhanced the sports facilities for both school and community use. Improvements included a floodlit all-weather astro turf for hockey, floodlit netball/tennis courts and refurbished changing facilities as well as a community sports development programme for after school, weekends and holidays.

On 15 December 2003, a fire caused by a short circuit due to a leak in the roof burned down a large portion of the main building. The Tiffin Fire Appeal raised a significant amount of money for rebuilding.

There are approximately 1,200 pupils [1] aged between 11 and 18, including approximately 300 in the sixth form. They are split into six houses – Bebbington (Red), Flavell (Yellow), Schofield (Blue), Watson (Green), Orford (Orange) and Nicolle (Purple). All are named after former headmistresses of the school. Prior to 2012 pupils were split into house groups according to their forms (i.e. 10A, 11B etc.) until sixth form. From 2012 to 2016, forms were made up of girls of different houses. From 2016, the form system has reverted to girls of the same house. Pupils earn points towards the house competition in events such as the school birthday (last day before February half term) and sports day.

The house competition used to run throughout one academic year, but in 2008 was changed to run from Easter to Easter in order to allow the current House Officers to enjoy their victory. The house with the most points wins the Belitha trophy (donated by Edward Belitha).

In Years 10 and 11, pupils continue 10 subjects to GCSE level. All GCSEs are sat at the end of Year 11. English Language, English Literature, Biology, Chemistry, Physics and Maths are compulsory. This leaves four options to be chosen, of which one must be a modern language (French or Spanish). Girls also take core PE lessons and have one period a week for PSHE and Citizenship.

In Year 12, pupils choose four subjects to begin their A level studies. Subjects follow A Level specifications with the exception of Music which follows the Pre-U course. At the end of Year 12, girls can sit the AS exam in the subject they will not continue in Year 13, taking forward three subjects to A level. At the end of Year 12, girls are also given the opportunity to study for the Extended Project Qualification (EPQ). 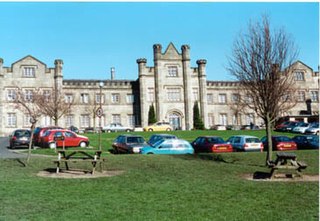 The Blue Coat School is a co education Church of England academy for 11- to 18-year-olds, located in the town of Oldham, Greater Manchester, England.

Tiffin School is a boys' grammar school in Kingston upon Thames, England. It has specialist status in both the performing arts and languages. The school moved from voluntary aided status to become an Academy School on 1 July 2011. Founded in 1880, Tiffin School educates 1,058 pupils as of February 2019. 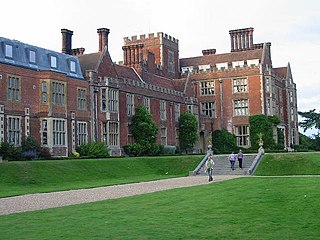 Benenden School is an independent boarding school for girls in Kent, England, in Hemsted Park at Benenden, between Cranbrook and Tenterden. Benenden has a boarding population of over 550 girls aged 11 to 18, as well as a limited number of day student spaces.

Graveney School is a secondary school and sixth form with academy status in the Furzedown area of Tooting, southwest London, England. The school has a partially selective admissions policy. At the beginning of 2015 Graveney was assessed in an Ofsted inspection report as outstanding. 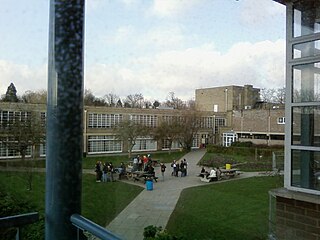 Long Road Sixth Form College (LRSFC) is a public sector co-educational sixth form college in Cambridge, England. It is situated on Long Road, from which it draws its name, and is located next to the Cambridge Bio-Medical Campus which encompasses Addenbrooke's Hospital. The College provides full-time A level courses in addition to Level 3 Diploma courses, Level 2 Diploma courses and GCSE consolidation courses.

Treorchy Comprehensive School is an English language, comprehensive school in the village of Treorchy, Rhondda Cynon Taf, Wales. The school is situated on the southern side of the valley, and is 500 metres in length from the main gate on Conway Road, Cwmparc, to the rear gate at Tylecoch Bridge, Treorchy.

Ipswich High School is a co-educational independent school at Woolverstone Hall near Ipswich, England. Formerly an exclusive school for girls, it was converted to co-education in 2018 following acquisition by the China-oriented investment banker London & Oxford Group. 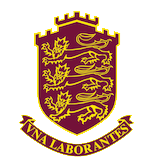 Kings' School is a comprehensive school in Winchester, Hampshire, with approximately 1,650 pupils. The most recent Ofsted inspection brought forward a generally excellent classification with thirty out of thirty-one sections of the report considered outstanding. Kings' School previously had specialist status as a Business and Enterprise College and as a Language College.

Walthamstow School for Girls is single sex girls' secondary school situated in Walthamstow, London. It currently educates 900 girls between the ages of 11–16.

Truro High School for Girls is an independent day and boarding school for girls in Truro, Cornwall. The school consists of a girls-only prep school, senior school and sixth form. It is a member of the Girls' Schools Association.

Wolverhampton Girls' High School is a grammar school for girls in Wolverhampton in the West Midlands of England.

Fulston Manor School is a secondary School with academy status in Sittingbourne, Kent. The head teacher is Mrs Susie Burden. It teaches years 7–13.