Last updated May 05, 2022
United Kingdom government ministerial department
"DfE" redirects here. Not to be confused with Design for the Environment.

The Secretary of State for Education is Rt Hon. Nadhim Zahawi MP. Susan Acland-Hood is the Permanent Secretary.

The expenditure, administration and policy of the Department for Education are scrutinised by the Education Select Committee.

The DfE was formed on 12 May 2010 by the incoming Cameron ministry, taking on the responsibilities and resources of the Department for Children, Schools and Families (DCSF).

In June 2012 the Department for Education committed a breach of the UK's Data Protection Act due to a security flaw on its website which made email addresses, passwords and comments of people responding to consultation documents available for download. [5]

In July 2016, the Department took over responsibilities for higher and further education and for apprenticeship from the dissolved Department for Business, Innovation and Skills. [6]

The department is led by the Secretary of State for Education. The Permanent Secretary from December 2020 is Susan Acland-Hood. [7] DfE is responsible for education, children's services, higher and further education policy, apprenticeships, and wider skills in England, and equalities. The predecessor department employed the equivalent of 2,695 staff as of April 2008 and as at June 2016, DfE had reduced its workforce to the equivalent of 2,301 staff. [8] In 2015–16, the DfE has a budget of £58.2bn, which includes £53.6bn resource spending and £4.6bn of capital investments.

The Department for Education's ministers are as follows:

The management board is made up of:

The Teaching Regulation Agency (TRA) is responsible for regulation of the teaching profession, including misconduct hearings. [14] Its predecessors include the National College for Teaching and Leadership (to 2018), the Teaching Agency (to 2013) and the Training and Development Agency for Schools (from 1994).

The Standards and Testing Agency (STA) is responsible for developing and delivering all statutory assessments for school pupils in England. [15] It was formed on 1 October 2011 and took over the functions of the Qualifications and Curriculum Development Agency. The STA is regulated by the examinations regulator, Ofqual. [16]

The DfE is also supported by 10 public bodies:

Education, youth and children's policy is devolved elsewhere in the UK. The department's main devolved counterparts are as follows:

The Department for Education released a new National Curriculum for schools in England for September 2014, which included 'Computing'. [19] Following Michael Gove's speech in 2012, [20] the subject of Information Communication Technology (ICT) has been disapplied and replaced by Computing. With the new curriculum, materials have been written by commercial companies, to support non-specialist teachers, for example, '100 Computing Lessons' by Scholastic. The Computing at Schools organisation [21] has created a 'Network of Teaching Excellence'to support schools with the new curriculum. [22]

In 2015, the Department announced a major restructuring of the further education sector, through 37 area reviews of post-16 provision. [23] The proposals were criticised by NUS Vice President for Further Education Shakira Martin for not sufficiently taking into account the impact on learners; [24] [25] the Sixth Form Colleges' Association similarly criticised the reviews for not directly including providers of post-16 education other than colleges, such as school and academy sixth forms and independent training providers. [26]

In 2018, The Department for Education confirmed their commitment to forming positive relationships with the voluntary and community sector. [27]

In 2020 the department began funding the National Tutoring Programme which employed private companies to deliver the tuition including at least one which uses children as tutors, paying them £1.57 per hour. [28] Tutors received up to £25 of the between £72 and £84 per hour the government paid the companies. [29]

Further education in the United Kingdom and Ireland is education in addition to that received at secondary school, that is distinct from the higher education (HE) offered in universities and other academic institutions. It may be at any level in compulsory secondary education, from entry to higher level qualifications such as awards, certificates, diplomas and other vocational, competency-based qualifications through awarding organisations including City and Guilds, Edexcel (BTEC) and OCR. FE colleges may also offer HE qualifications such as HNC, HND, foundation degree or PGCE. The colleges are also a large service provider for apprenticeships where most of the training takes place at the apprentices' workplace, supplemented with day release into college. 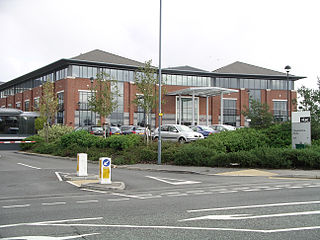 Personal, Social, Health and Economic (PSHE) Education is a school curriculum subject in England that focuses on strengthening the knowledge, skills, and connections to keep children and young people healthy and safe and prepare them for life and work. PSHE education is defined by the schools inspectorate Ofsted as a planned programme to help children and young people develop fully as individuals and as members of families and social and economic communities. Its goal is to equip young people with the knowledge, understanding, attitudes and practical skills to live healthily, safely, productively and responsibly. 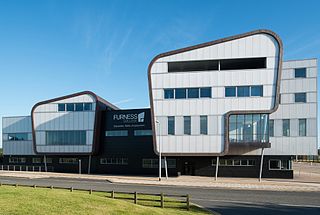 Furness College is a college of further education in Barrow-in-Furness, Cumbria. It provides a wide range of A levels, vocational education and skills training to over 16s, notably working with BAE Systems to train apprentices for their shipyard in Barrow. The college also offers courses for adults, and runs HNDs and other higher education programmes including foundation degrees, degrees and master's degrees, for which it achieved Teaching Excellence Framework silver status in June 2017. It is the only college in Barrow and the largest further education college in Cumbria. On 1 August 2016, Furness College merged with Barrow Sixth Form College.

The Office of Qualifications and Examinations Regulation (Ofqual) is a non-ministerial government department that regulates qualifications, exams and tests in England. Colloquially and publicly, Ofqual is often referred to as the exam "watchdog".

In England, learning and skills refers typically to post-compulsory education and training, provided by further education and sixth form colleges, schools with sixth forms, local authority and adult education institutions, private and voluntary sector providers, offender learning, and workplace learning including Apprenticeships and other employer-facing initiatives. The learning and skills sector is vital to increasing productivity, economic competitiveness and sustainable employment in the UK

The Institute for Learning (IfL) was a voluntary membership, UK professional body. It ceased operating on 31 October 2014. Although precise membership figures and statistical details had been removed from IfL's webpage prior to its closure, at the end of financial year 2013-2014 IfL were reported as having only 33,500 of their 200,000 members remaining.

The Training and Development Agency for Schools (TDA) was a body responsible for the initial and in-service training of teachers and other school staff in England. It was an executive non-departmental public body of the Department for Education. The agency took on some operations of the General Teaching Council for England, the Qualifications and Curriculum Development Agency and the Children's Workforce Development Council as the newly established Teaching Agency in April 2012.

SirPeter Birkett is a British educator and entrepreneur, currently known for being the Chief Executive of an educational consultancy company p5e and the Founder and Director of Highgate Hill House School in Devon. Peter Birkett was Knighted in the 2012 Birthday Honours for services to further education and the academy movement Birkett was first educated as an engineer and obtained a range of engineering diplomas. He then trained as a teacher at Huddersfield Polytechnic, where he received his Certificate of Education in Educational Leadership and Administration. He then obtained a Master degree in Leadership, Management and IT at the University of Reading. 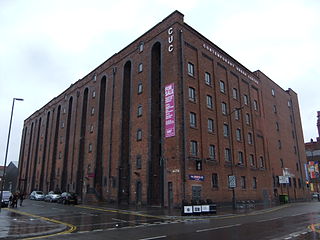 The Education and Skills Funding Agency (ESFA) is an executive agency of the government of the United Kingdom, sponsored by the Department for Education. 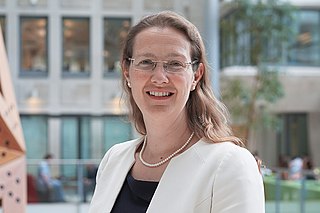 Susan Elizabeth Acland-Hood is a British civil servant who is currently the Permanent Secretary at the Department for Education. Prior to taking on the role as Permanent Secretary, she was Chief Executive of HM Courts and Tribunals Service. From 2015 to 2016, Susan was Director of Enterprise and Growth at HM Treasury, responsible for policies on growth, energy, the environment, business, infrastructure, exports, competition and markets. She was Director of the Education and Funding Group at the Department for Education from 2013 to 2015, and before that held a range of posts covering education and justice policy, including in 10 Downing Street, Home Office, London Borough of Tower Hamlets, and the Social Exclusion Unit. Acland-Hood's civil service career began in the then Department for Education and Employment in 1999.