The Conservative Party and the Labour Party both polled poorly. The Conservatives experienced their second-lowest ever recorded vote share in a national election (even less than their 1832 nadir, although the party would do worse still in the 2014 and 2019 elections), and Labour their lowest since 1918. The UK Independence Party (UKIP) saw a large increase in support, increasing its number of MEPs from 3 to 12 and on popular vote pushed the Liberal Democrats, who themselves had increased their representation from 10 to 12 seats into fourth place. In Northern Ireland, Sinn Féin beat the SDLP in the polls and took its first Northern Ireland seat.

The United Kingdom elected 78 Members of the European Parliament using proportional representation. The United Kingdom was divided into twelve multi-member constituencies. The eleven of these regions which form Great Britain used a closed-list party list system method of proportional representation, calculated using the D'Hondt method. Northern Ireland used the Single Transferable Vote (STV). As a consequence of the 2004 enlargement of the European Union, the number of seats allocated to the United Kingdom was fewer than in 1999.

It was the first European election to be held in the United Kingdom using postal-only voting in four areas: the North East, North West, Yorkshire and the Humber, and East Midlands regions. [3]

A combination of the effects of the Treaty of Nice and the 2004 enlargement of the European Union meant that the number of seats allocated to the United Kingdom for the 2004 election was reduced from the 87 MEPs allocated for the 1999 election to 78 MEPs. [4] [5]

As a result of the successful challenge of Matthews v United Kingdom before the European Court of Human Rights in 1999 [6] residents of Gibraltar, voted in the European Parliament election for the first time, as part of the South West England region. [7]

1Includes Gibraltar, the only British overseas territory which is part of the EU.

Turnout for all the regions was 38.2% on an electorate of 44,157,267 [9] (43,084,598 in Great Britain and 1,072,669 in Northern Ireland). [10] The Conservatives and Labour both polled poorly. The Conservatives, although getting a vote share 4.1% greater than Labour, experienced their lowest vote share in a national election since 1832. Labour's vote share was its lowest since 1918. Labour's decline in votes was regarded as being largely due to widespread public dissatisfaction about the Iraq War and (as with the Conservatives) the increased popularity of UK Independence Party (UKIP). UKIP saw a large increase in support, increasing its number of MEPs from 3 to 12, drawing level with the Liberal Democrats, who themselves had increased their representation from 10 to 12 seats. UKIP polled higher than the Liberal Democrats to push the latter into fourth place.

Turnout was lowest in Scotland, which did not hold local elections on the same day. In Scotland, Labour topped the poll, followed by the Scottish National Party (SNP). The Conservatives' share of the vote declined by 2 percent, making it the region with the smallest swing against them. [8]

†Loss/gain figures for seats are losses/gains versus the 1999 notional result, as the number of MEPs overall fell.

Summary of the election results for Great Britain [2]

†Loss/gain figures for seats are losses/gains versus the 1999 notional result, as the number of MEPs overall fell.

Gibraltar participated in the United Kingdom's election for the first time in 2004 as part of the South West England constituency. Gibraltar is a British overseas territory (BOT) and therefore is under the jurisdiction and sovereignty of the United Kingdom but does not form part of it. [11] Gibraltar is however part of the EU, the only BOT to be so. Following however, the result of the successful challenge of Matthews v United Kingdom before the European Court of Human Rights in 1999 [6] residents of Gibraltar were given the right to vote in the European Parliament elections. The British government decided not to give Gibraltar its own seat due to its small electorate of just over 20,000 which would have meant with just one seat Gibraltar would have been over-represented by about 30 times the average. [7]

None of the main Gibraltar political parties contested the election, so voters chose from United Kingdom party lists. However, Lyana Armstrong-Emery of Gibraltar's Reform Party had a place on a joint list with the Green Party. In addition both the leader of the Conservative Party, Michael Howard, and his deputy, Michael Ancram, campaigned in Gibraltar. [12]

Turnout in Gibraltar was 57.5%, higher than the 37.6% for the South West England electoral region as a whole. [13] The Conservative Party polled over two-thirds of the Gibraltar vote, with no other party exceeding 10% support.

Turnout in Northern Ireland was 51.2%. [14] Sinn Féin beat the SDLP in the polls and took its first Northern Ireland seat. Sinn Féin also won a seat in the corresponding elections in the Republic of Ireland. [15] Sinn Féin and the DUP increased their shares of the vote relative to the 1999 European Parliament elections, while the shares for both the SDLP and the UUP fell. [8] This was also the final election in which a Unionist candidate topped the poll in Northern Ireland. [16] Jim Allister of the DUP and Bairbre de Brún of Sinn Féin were elected in the first round while Jim Nicholson of the UUP was elected in the third stage, after the votes of the other candidates were reallocated. [8]

Summary of the election results for Northern Ireland [17]

Both Tony Blair and Michael Howard faced criticism for their results with then Secretary of State for Health John Reid calling the results "disappointing" for Labour and "disastrous" for the Conservatives. [21]

Shortly after the election UKIP's Robert Kilroy-Silk, who was credited with raising the profile of the party during the election, was interviewed by Channel 4 television about leadership ambitions, Kilroy-Silk did not deny having ambitions to lead the party, but stressed that Roger Knapman would lead it into the next general election.[ citation needed ] However, the next day, on Breakfast with Frost , he criticised Knapman's leadership. [22] After further disagreement with the leadership, Kilroy-Silk resigned the UKIP whip in the European Parliament on 27 October 2004. [23] Initially, he remained a member, while seeking a bid for the party leadership. [24] However, this was not successful and he resigned completely from UKIP on 20 January 2005, calling it a "joke". [25] Two weeks later, he founded his own party, Veritas, taking a number of UKIP members, including both of the London Assembly members, with him. [26] 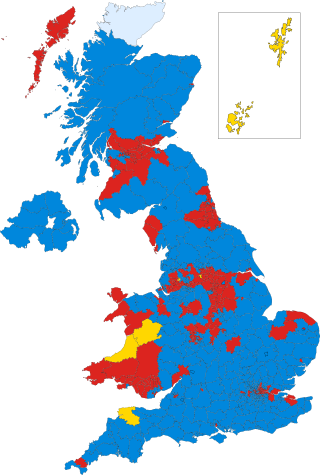 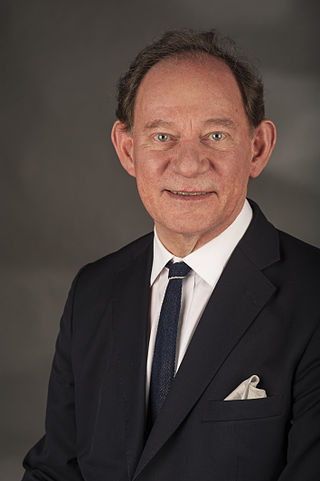 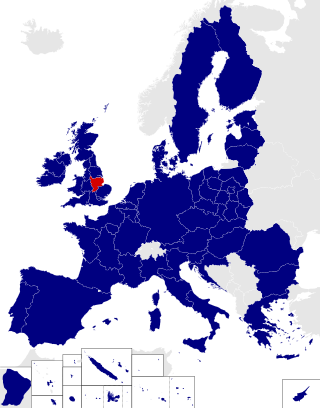 East Midlands was a constituency of the European Parliament in the United Kingdom, established in 1999 with six members to replace single-member districts. Between 2009 and the United Kingdom's withdrawal from the EU on 31 January 2020 it returned five MEPs, elected using the D'Hondt method of party-list proportional representation. 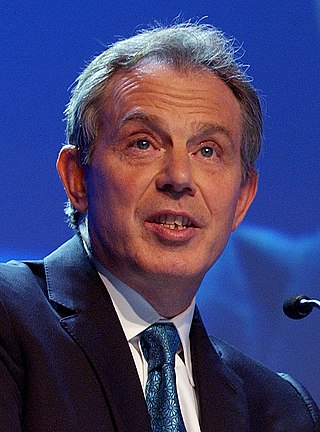 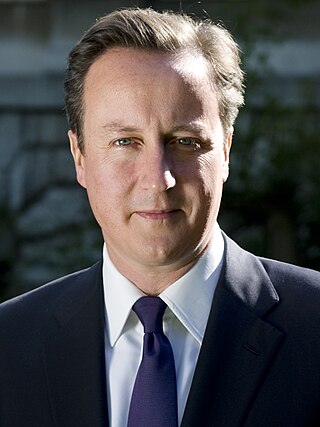 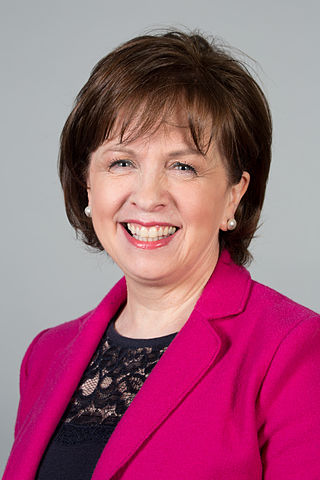 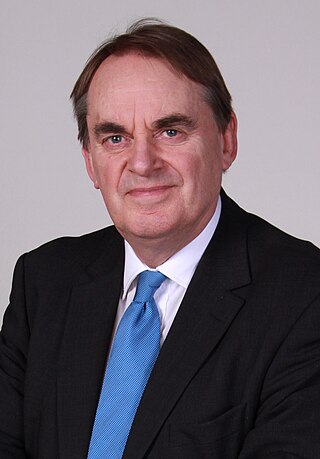 This is the results breakdown of the 2005 general election. 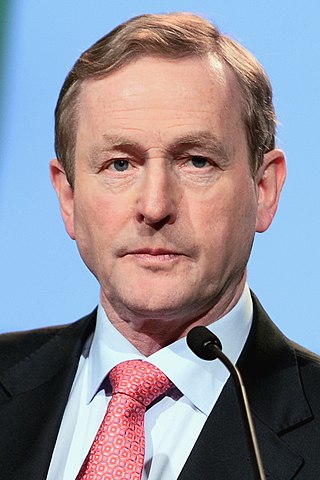 The 2014 European Parliament election in Ireland was the Irish component of the 2014 European Parliament election and was held on Friday, 23 May 2014, on the same day as the 2014 local elections and two by-elections. The election was conducted under the single transferable vote. Counting of the votes began on Sunday, 25 May and continued until Tuesday, 27 May. 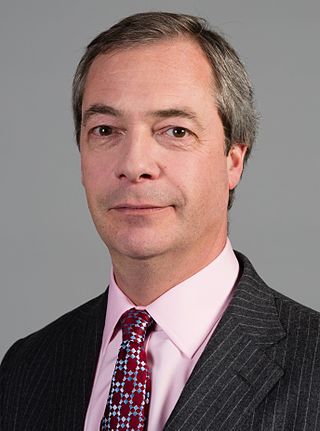 The 2015 United Kingdom general election in Northern Ireland was held on 7 May 2015 and all 18 seats were contested. 1,236,765 people were eligible to vote, up 67,581 from the 2010 general election. 58.45% of eligible voters turned out, an increase of half a percentage point from the last general election. This election saw the return of Ulster Unionists to the House of Commons, after they targeted 4 seats but secured 2. 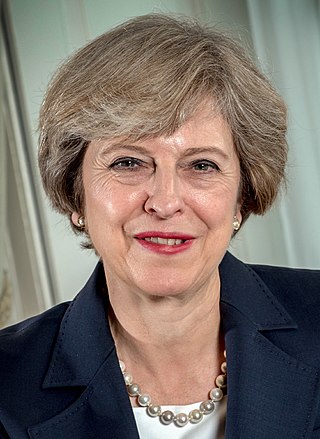 The 2017 United Kingdom general election was held on Thursday 8 June 2017, two years after the previous general election in 2015; it was the first since 1992 to be held on a day that did not coincide with any local elections. The governing Conservative Party remained the largest single party in the House of Commons but lost its small overall majority, resulting in the formation of a Conservative minority government with a Confidence and supply agreement with the Democratic Unionist Party (DUP) of Northern Ireland. 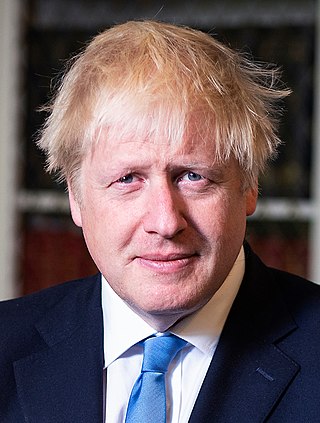 The 2019 United Kingdom general election was held on Thursday, 12 December 2019. It resulted in the Conservative Party receiving a landslide majority of 80 seats. The Conservatives made a net gain of 48 seats and won 43.6% of the popular vote – the highest percentage for any party since 1979. 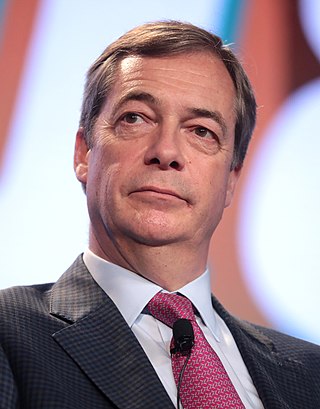 Prior to the 2019 United Kingdom general election, various organisations carried out opinion polling to gauge voting intentions. Results of such polls are displayed in this list. Most of the pollsters listed are members of the British Polling Council (BPC) and abide by its disclosure rules. Opinion polling about attitudes to the leaders of various political parties can be found in a separate article. 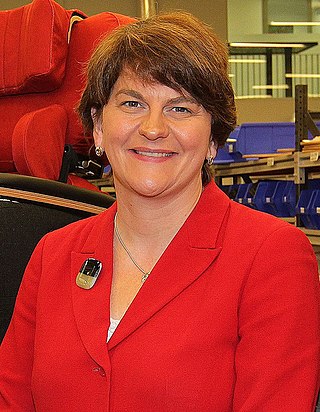 The 2019 United Kingdom general election was held on 12 December 2019 to elect all 650 members of the House of Commons, including 18 seats in Northern Ireland. 1,293,971 people were eligible to vote, up 51,273 from the 2017 general election. 62.09% of eligible voters turned out, down 3.5 percentage points from the last general election. For the first time in history, traditional Irish nationalist parties won more seats than traditional unionist parties.