The 1874 United Kingdom general election saw the incumbent Liberals, led by William Gladstone, lose decisively, even though it won a majority of the votes cast. [1] Benjamin Disraeli's Conservatives won the majority of seats in the House of Commons, largely because they won a number of uncontested seats. It was the first Conservative victory in a general election since 1841. Gladstone's decision to call an election surprised his colleagues, for they were aware of large sectors of discontent in their coalition. For example, the nonconformists were upset with education policies; many working-class people disliked the new trade union laws and the restrictions on drinking. The Conservatives were making gains in the middle-class, Gladstone wanted to abolish the income tax, but failed to carry his own cabinet. The result was a disaster for the Liberals, who went from 387 MPs to only 242. Conservatives jumped from 271 to 350. For the first time the Irish nationalists would be elected. Gladstone himself noted: "We have been swept away in a torrent of gin and beer" [2]

The election saw the Irish of the Home Rule League become the first significant third party in Parliament, with 60 of 101 of the seats for Ireland. This had been the first general election that used a secret ballot following the 1872 Secret Ballot Act. The Irish Nationalist gains could well be attributed to the effects of the Secret Ballot Act as tenants faced less of a threat of eviction if they voted against the wishes of their landlords. In this election also, the first two working-class MPs were elected: Alexander MacDonald and Thomas Burt, both members of the Miners' Union, were elected as Liberal-Labour (Lib–Lab) MPs in Stafford and Morpeth, respectively. [3] The 1867 Reform Act eroded the legislative power of the rural gentry. The 1874 election, especially in Ireland, saw great landowners losing their county seats to tenant farmers. [4]

This is the only time since the introduction of the secret ballot that a party has been defeated despite receiving an absolute majority of the popular vote. This was primarily because over 100 Conservative candidates were elected unopposed. This meant no votes were cast in those 100 places where the Conservative candidates were anticipated to be popular; in the seats where Liberal candidates did stand, they polled a high proportion of the vote on average.

All University candidates were elected unopposed. 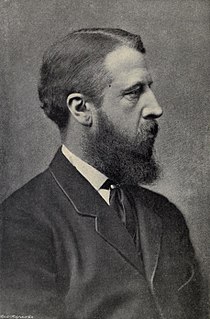 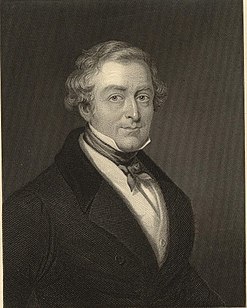 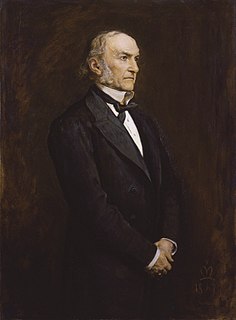 The Tenant Right League was a federation of local societies formed in Ireland in the wake of the Great Famine to check the power of landlords and advance the rights of tenant farmers. An initiative of northern unionists and southern nationalists, it articulated a common programme of agrarian reform. In the wake of the League's success in helping return 48 pledged MPs to the Westminster Parliament in 1852, the promised unity of "North and South" dissolved. An attempt was made to revive the all-Ireland effort in 1874, but struggle for rights to the land was to continue through to the end of the century on lines that reflected the regional and sectarian division over Ireland's continued place in the United Kingdom.

Parliamentary by-elections in the United Kingdom occur when a Member of Parliament (MP) vacates a House of Commons seat during the course of a parliament.

Samuel MacCurdy Greer (1810–1880), was an Irish politician who, in Ulster championed Presbyterian representation and tenant rights. He was a founder member of the Ulster Tenant Right Association and of the all-Ireland Tenant Right League. In the general election of 1857 he was returned to Westminster on a tenant-right platform for County Londonderry.

The 1869 Blackburn by-election was a parliamentary by-election held in England in March 1869. It returned two members of parliament (MPs) to the House of Commons for the borough of Blackburn in Lancashire.

The 1885 Antrim by-election was a by-election held on Thursday 21 May 1885 for the British House of Commons constituency of Antrim in present-day Northern Ireland.