In 1801, the right to vote in the United Kingdom was severely restricted. Universal suffrage, on an equal basis for men and women over the age of 21, was established in 1928. Before 1918, general elections did not occur on a single day and polling was spread over several weeks.

The majority figure given is for the difference between the number of MPs elected at the general election from the party (or parties) of the government, as opposed to all other parties (some of which may have been giving some support to the government, but were not participating in a coalition). The Speaker is excluded from the calculation. A negative majority means that there was a hung parliament (or minority government) following that election. For example, at the 1929 general election, Labour was 42 seats short of forming a majority, and so its majority is listed as −42. If the party in office changed the figure is re-calculated, but no allowance is made for changes after the general election.

No attempt is made to define a majority before 1832, when the Reform Act disenfranchised the rotten boroughs; before then the Tory party had an undemocratically entrenched dominance. Particularly in the early part of the period, the complexity of factional alignments, with both the Whig and Tory traditions tending to have some members in government and others in opposition factions simultaneously, make it impossible to produce an accurate majority figure. The figures between 1832 and about 1859 are approximate due to problems of defining what was a party in government, as the source provides figures for all Liberals rather than just the Whig component in what developed into the Liberal Party. The Whig and Peelite Prime Ministers in the table below are regarded as having the support of all Liberals. 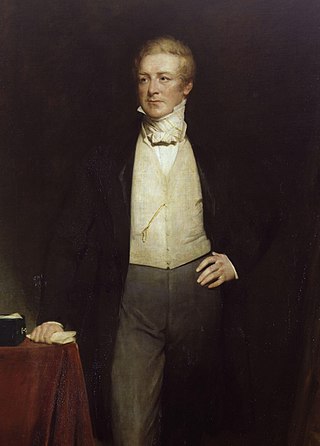 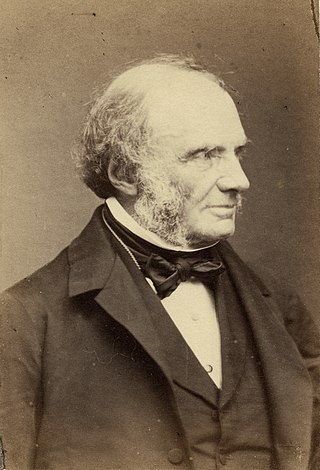 Sir James Robert George Graham, 2nd Baronet was a British statesman, who notably served as Home Secretary and First Lord of the Admiralty. He was the eldest son of Sir James Graham, 1st Baronet, by Lady Catherine, eldest daughter of the 7th Earl of Galloway. 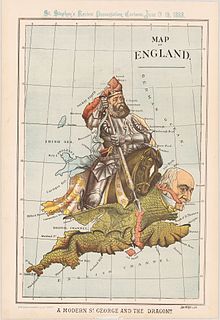 The Government of Ireland Bill 1886, commonly known as the First Home Rule Bill, was the first major attempt made by a British government to enact a law creating home rule for part of the United Kingdom of Great Britain and Ireland. It was introduced on 8 April 1886 by Liberal Prime Minister William Gladstone to create a devolved assembly for Ireland which would govern Ireland in specified areas. The Irish Parliamentary Party under Charles Stewart Parnell had been campaigning for home rule for Ireland since the 1870s.

Henry Grattan was an Irish politician, who was Member of Parliament for Dublin City on behalf of the Whigs from 1826 to 1830 in the British House of Commons. From 1831 to 1852, he represented Meath for the Repeal Association.

Captain John Neilson Gladstone, was a British Conservative Party politician and an officer in the Royal Navy. A brother of politician William Ewart Gladstone, later British Prime Minister, he served as a Member of Parliament (MP) for most of the years 1841 to 1863.

William Duncombe, 2nd Baron Feversham, was a British peer with a large estate in the North Riding of Yorkshire. He was prominent in the affairs of the Royal Agricultural Society and owner of a prize-winning herd of short-horn cattle. He served as a Tory Member of Parliament (MP) for the Riding from 1832 to 1841, after which he sat in the House of Lords, having succeeded to the title on the death of his father. From 1826 to 1831 he had sat as an Ultra-Tory MP. He was the first MP to support Richard Oastler's campaign for Factory Reform, and gave it unwavering support for the rest of his life; in 1847 he seconded the Second Reading in the Lords of the Factory Act of that year.

The vote of no confidence in the second Salisbury ministry occurred when the Conservative government of Robert Cecil, the Marquess of Salisbury decided to meet Parliament after the general election despite not winning a majority. The government presented a Queen's Speech, but was defeated on 11 August 1892 when the House of Commons carried by 350 to 310 an amendment moved by the opposition Liberal Party declaring that Her Majesty's "present advisers" did not possess the confidence of the House. After the vote Salisbury resigned and Liberal Party leader William Ewart Gladstone became Prime Minister for the fourth time.

2010s political history refers to significant political and societal historical events in the United Kingdom in the 2010s, presented as a historical overview in narrative format.