The fourth United Kingdom Parliament was dissolved on 29 September 1812. The new Parliament was summoned to meet on 24 November 1812, for a maximum seven-year term from that date. The maximum term could be and normally was curtailed, by the monarch dissolving the Parliament, before its term expired.

Following the 1807 election the Pittite Tory ministry, led as Prime Minister by the Duke of Portland (who still claimed to be a Whig), continued to prosecute the Napoleonic Wars.

At the core of the opposition were the Foxite Whigs, led since the death of Fox in 1806 by Earl Grey (known by the courtesy title of Viscount Howick and a member of the House of Commons from 1806–07). However, as Foord observes: "the affairs of the party during most of this period were in a state of uncertainty and confusion". Grey was not the commanding leader Fox had been. After Grey inherited his peerage and went to the House of Lords in 1807, the party leadership in the House of Commons was extremely weak.

The Grenvillites, associated with the Whig Prime Minister before Portland, William Grenville, 1st Baron Grenville, were also in opposition but were of less significance than the Foxites. Despite this Grenville was recognised as the first Leader of the Opposition in the House of Lords.

A relative of Grey's wife, George Ponsonby, was proposed to Whig MPs by Grey and Grenville as the Whig leader in the House of Commons. Ponsonby was the first person recognised as the official Leader of the Opposition in the House of Commons, as opposed to the leader of an opposition faction. He proved to be incompetent but could not be persuaded to resign.

Until 1812 the Tory faction associated with another former Prime Minister, Henry Addington, 1st Viscount Sidmouth, and were also out of office.[ clarification needed ]

The smallest component of the opposition were the Radicals, who were a largely middle-class group of reformers. They had philosophical differences with the more aristocratic Whigs, but usually ended up voting with them in Parliament.

In 1809 Portland, whose health was failing, resigned. The new Tory Prime Minister was Spencer Perceval. In April 1812 he brought Sidmouth into the cabinet. A month later, on 11 May 1812, Perceval was assassinated. The premiership passed to the Earl of Liverpool, who failed to attract Grenville. This was a further stage in the development of a two-party system—just about all Tories supported the government and all Whigs opposed it.

The general election of 1812 returned the Tories to power for another term.

An example of what happened in the 1812 election was the Irish constituency of Westmeath. Walker confirms the date of election was 24 October 1812. Stooks Smith indicates that there were three days of polling, during which time 950 electors came to the hustings and voted. Longer contests were possible. The polling in the Berkshire election of 1812 went on for 15 days (with 1,992 electors voting).

The time between the first and last contests in the general election was 5 October to 10 November 1812.

Spencer Perceval was a British statesman and barrister who served as Prime Minister of the United Kingdom from October 1809 until his assassination in May 1812. Perceval is the only British prime minister to have been assassinated, and the only solicitor-general or attorney-general to have become prime minister.

George Tierney PC was an Irish Whig politician. For much of his career he was in opposition to the governments of William Pitt and Lord Liverpool. From 1818 to 1821 he was Leader of the Opposition in the House of Commons. 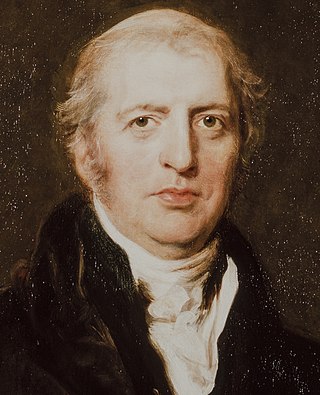