In Scotland the newly enlarged Glasgow Corporation saw a group of Progressive candidates, known as the Progressive Union, become the largest force on the council. [3] [4]

The Irish elections, particularly in Dublin, saw the ongoing battle between rival factions of Irish nationalists; the Redmondites and supporters of John Dillon and the Irish National Federation. [5]

Scotland is a country which is in a political union with the rest of the United Kingdom. It was directly governed by the British Government from 1707 until 1999, when a system of devolution re-established a Scottish Parliament with control over much of Scottish law.

The English Democrats is a right-wing to far-right, English nationalist political party active in England. A minor party, it currently has no elected representatives at any level of UK government. 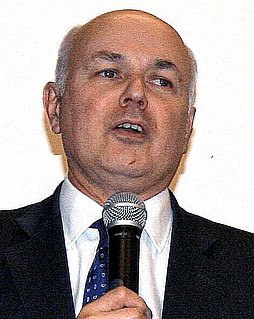 Unionism in Scotland is a political movement which favours the continuation of political union between Scotland and the other countries of the United Kingdom, and hence is opposed to Scottish independence. Scotland is one of four countries of the United Kingdom which has its own devolved government and Scottish Parliament, as well as representation in the UK Parliament. There are many strands of political Unionism in Scotland, some of which have ties to Unionism and Loyalism in Northern Ireland. The three main political parties in the UK—the Conservatives, Labour and Liberal Democrats—all support Scotland remaining part of the UK.

The Wick Burghs by-election was a Parliamentary by-election. It was a Scottish Highland constituency that returned one Member of Parliament to the House of Commons of the United Kingdom, elected by the first past the post voting system. The constituency was a district of burghs representing the parliamentary burghs of Cromarty, Dingwall, Dornoch, Kirkwall, Tain and Wick. The by-election took place during the third anniversary of the Liberal Government's re-election of December 1910. It was thought to be a key indicator to the outcome of the following general election anticipated to take place in 1914-15.

An Election to the Edinburgh Corporation was held on 3 November 1936, alongside municipal elections across Scotland. The election took place midst an increasingly sectarian political climate, with hardline Protestant and anti-Catholic political parties being on the rise in Glasgow and Edinburgh in the 1930s. The Protestant Action Society (PAS); Edinburgh's far-right Protestant grouping which had inspired a sectarian riot the previous year, won 31% of the vote and got 5 new members elected. The PAS had won 24% in the previous years election.

Elections to the municipal and county councils of England and Wales were held in 1889. Elections to the various county councils were held in January 1889. Progressive candidates won a majority on London County Council, although at this point party labels were relatively unimportant, with municipal and county politics in Victorian Britain being somewhat detached from national politics, and national political divisions. Liberal candidates would do particularly well in Wales however, winning clear majorities in 11 of Wales' 13 counties. The Liberals only failed to take Brecknockshire and Radnorshire, which had hung councils. In the English counties the Liberals took only Cumberland, Holland, London, and the West Riding, with most councils being run on an apolitical basis.

The 1894 United Kingdom local elections took place in late 1894. The elections were the first following the Local Government Act 1894, which had created Urban and Rural Districts in England and Wales, and saw the election of members to these various new districts.

Elections to the Corporation of the City of Glasgow were held on Tuesday 3 November 1896, alongside municipal elections across Scotland, and the wider British local elections.

3,303 candidates stood in the United Kingdom general election of 2017, which was held on 8 June 2017. The deadline for parties and individuals to file candidate nomination papers to the acting returning officer was 16:00 on 11 May 2017.