The June Movement was a Danish Eurosceptic political organisation founded 23 August 1992. It took its name from the referendum on the Maastricht Treaty that took place in Denmark in June of that year. The movement was a member of the European political party EUDemocrats - Alliance for a Europe of Democracies. 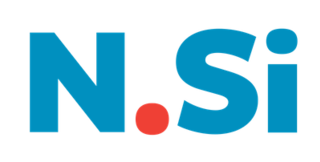 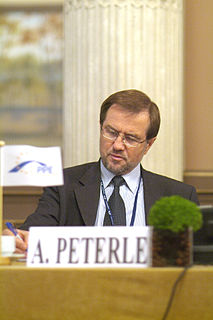 Alojz "Lojze" Peterle is a Slovenian politician. He is a member of New Slovenia, part of the European People's Party. He served as Prime Minister of Slovenia from 1990 to 1992, Leader of the Christian Democrats from the founding of the party in 1990 until it merged with the Slovenian People's Party in 2000, and was Minister of Foreign Affairs from 1993 to 1994 and again in 2000. He was a Member of the National Assembly from 1996 to 2004, and a Member of the European Parliament from 2004 to 2019. 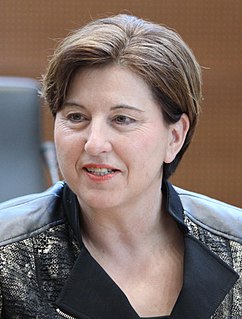 Ljudmila Novak is a Slovenian politician and a former Member of the European Parliament. She is the president of the New Slovenia – Christian People's Party. Since 21 December 2011, she has been the vice-president of the Slovenian National Assembly. 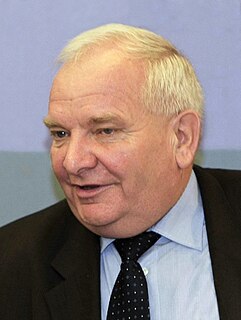 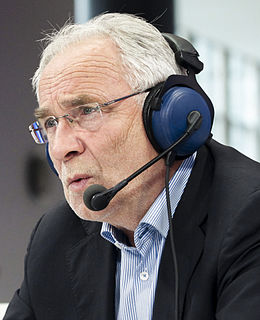 For elections in the European Union, Slovenia is a European Parliament constituency, currently represented by eight MEPs. It covers the member state of Slovenia.

Tanja Fajon is a Slovenian politician and Member of the European Parliament (MEP) from Slovenia. She is a member of the Social Democrats, part of the Party of European Socialists. 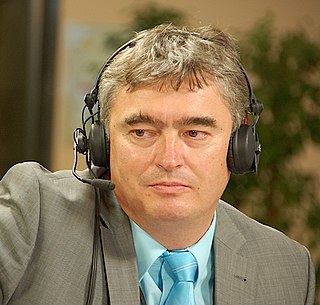 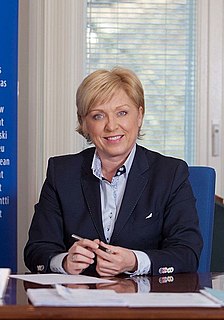 European Parliament elections were held in Slovenia on 26 May 2019. This was the most recent in the series of four elections held over the period of two years.