The Office of Qualifications and Examinations Regulation (Ofqual) is a non-ministerial government department that regulates qualifications, exams and tests in England and, until May 2016, vocational qualifications in Northern Ireland. [1] [2] Colloquially and publicly, Ofqual is often referred to as the exam "watchdog". [3]

Ofqual was established in interim form on 8 April 2008 as part of Qualifications and Curriculum Authority (QCA), taking over the regulatory functions that had previously been undertaken by the QCA directly through its regulation and standards division. [4] It was always intended that Ofqual would be an entirely separate body from the QCA. This was achieved on 1 April 2010 when Ofqual was established as a non-ministerial government department under the Apprenticeships, Skills, Children and Learning Act 2009.

In 2020, Ofqual was involved in an GCSE and A/Level grading controversy during the COVID-19 pandemic.[ citation needed ]

Ofqual's role is "to maintain standards and confidence in qualifications." [5]

Ofqual regulates exams, qualifications and tests in England. Northern Ireland, Wales and Scotland are regulated by each respective national government. However, the Scottish Qualifications Authority is also accredited by Ofqual. [6]

The Conservative Party under Prime Minister David Cameron initiated reforms for A Levels to change from the current modular to a linear structure. [7] British examination boards (Edexcel, AQA and OCR) regulated and accredited by Ofqual responded to the government's reform announcements by modifying syllabi of several A Level subjects. [8] [9] However, in 2014 the Labour Party announced that it would halt and reverse the reforms and maintain the modular A-Level system if it got into government. [10] The universities of Oxford and Cambridge have expressed support for the modular system. [11] [12]

Recent reports reveal that the linear examination approach and the toughening educational reforms initiated by Ofqual provoked many schools to "play the system" by requesting test remarking and supplementary aid for students (e.g. special consideration and extra time) in order to uphold high exam grade levels so as to not drop in league tables. [13]

Rising numbers of students taking GCSEs and GCE A Levels over the past decades has led to an increase in the quantity of examination results being enquired for re-marking and reported to Ofqual. [14]

Ofqual's remit and responsibilities are established in law by the Apprenticeships, Skills, Children and Learning Act 2009 [15] and the Education Act 2011. [16] As a Non-ministerial department Ofqual is accountable to Parliament, through the Education Select Committee. It is not accountable to government ministers and is independent from ministerial government. Whereas Ofqual regulates and accredits British examination boards (e.g. Edexcel, AQA, OCR etc.) and their GCSE and GCE A-Level specifications; the examination board CAIE (Cambridge Assessment International Education) which offers international GCSEs and GCE A-Levels predominantly for schools outside the United Kingdom operates independently without British governmental intervention. Therefore, although CAIE qualifications are accredited by Ofqual, they are not regulated by it and thus may differ significantly in subject content and exam structure from UK GCSEs and GCE A-Levels. [17]

The Chief Regulator is the leader and figurehead of Ofqual.

Until 31 March 2012, the Chair of Ofqual was also the Chief Regulator. When the Chair position was vacant during 2010 and 2011, the Deputy Chair, Dame Sandra Burslem, 'stepped in to provide continuity', though was never formally named Chair or Chief Regulator. [29]

On 1 April 2012, the position of Chief Executive ceased to exist as an independent role when it was merged with the post of Chief Regulator. 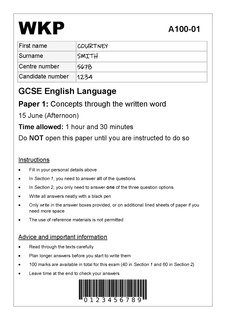 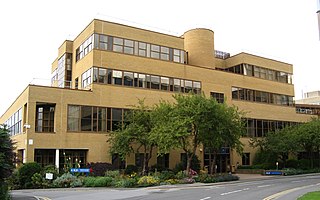 AQA, formerly the Assessment and Qualifications Alliance, is an awarding body in England, Wales and Northern Ireland. It compiles specifications and holds examinations in various subjects at GCSE, AS and A Level and offers vocational qualifications. AQA is a registered charity and independent of the government. However, its qualifications and exam syllabi are regulated by the Government of the United Kingdom, which is the regulator for the public examinations system in England and Wales.

The Advanced Extension Awards are a type of school-leaving qualification in England, Wales and Northern Ireland, usually taken in the final year of schooling, and designed to allow students to "demonstrate their knowledge, understanding and skills to the full". Currently, it is only available for Mathematics and offered by the exam board Edexcel, who renewed their specification in 2018.

WJEC, formally the Welsh Joint Education Committee, is an examination board providing examinations, professional development and educational resources to schools and colleges in Wales, England and Northern Ireland under its own name and the Eduqas brand.

The Associated Examining Board (AEB) was an examination board serving England, Wales and Northern Ireland from 1953 until 2000 when it merged with NEAB to form AQA. 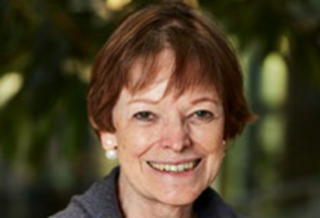 Dame Glenys Jean Stacey DBE is a solicitor and civil servant serving as chair of the Office for Environmental Protection from February 2021. She was Chief Executive and Chief Regulator of Ofqual, acting in the post from August to December 2020, and previously from 2012 to 2016. Stacey also served as Her Majesty's Chief Inspector of Probation and led HM Inspectorate of Probation for England and Wales from 2016 and 2019.

The Southern Examining Group (SEG) was an examination board offering GCSEs in England, Wales and Northern Ireland formally established in 1987. In 1994, it was taken over by the Associated Examining Board, but kept its own identity until the AEB merged with NEAB to form AQA in 2000. 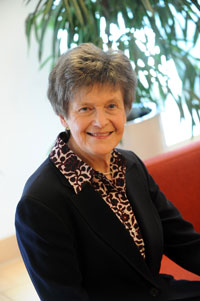 Kathleen Tattersall was a British educationalist, specialising in examination administration. She was the leader of five examination boards in the United Kingdom before becoming the first head of exams regulator Ofqual.

Due to the COVID-19 pandemic in the United Kingdom, all secondary education examinations due to be held in 2020 were cancelled. As a result, an alternative method had to be designed and implemented at short notice to determine the qualification grades to be given to students for that year. A grades standardisation algorithm was produced in June 2020 by the regulator Ofqual in England, Qualifications Wales in Wales, Scottish Qualifications Authority in Scotland, and CCEA in Northern Ireland. The algorithm was designed to combat grade inflation, and was to be used to moderate the existing but unpublished teacher-predicted grades for A Level and GCSE students. After the A Level grades were issued, and after criticism, Ofqual, with the support of HM Government, withdrew these grades. It issued all students the Centre Assessment Grades (CAGs), which had been produced by teachers as part of the process. The same ruling was applied to the awarding of GCSE grades, just a few days before they were issued: CAG-based grades were the ones released on results day. 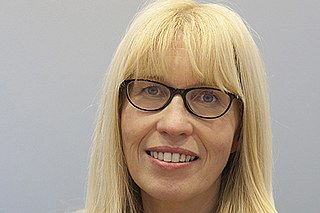 Sally Collier is a British civil servant and former head of the Office of Qualifications and Examinations Regulation (Ofqual). She also involved in negotiating changes to European Union rules governing public procurement.