UK Export Finance (UKEF) is the operating name of the Export Credits Guarantee Department (ECGD), the United Kingdom's export credit agency and a ministerial department of the UK government. It has been awarded the best global export credit agency for 2019. [1] In 1920, UKEF had a maximum total exposure of just £26mn. Today, its maximum commitment stands at £50bn. It is also celebrating its 100th anniversary as the longest running export credit agency in the world. [2]

ECGD derives its powers from the Export and Investment Guarantees Act 1991 and undertakes its activities in accordance with a specific consent from HM Treasury. ECGD was established in 1919 to promote UK exports lost during the submarine blockade of World War I.

ECGD's aim is to benefit the UK economy by helping exporters of UK goods and services to win business, and UK firms to invest overseas, by providing guarantees, insurance and reinsurance against loss, taking into account HM Government's wider international policy agenda. ECGD is required by HM Government to operate on a slightly better than break-even basis, charging exporters premiums at levels that match the perceived risks and costs in each case.

The largest part of ECGD's activities involves underwriting long term loans to support the sale of capital goods, principally for the export of aircraft, bridges, machinery and services; it helps UK companies take part in major overseas projects such as the construction of oil and gas pipelines and the upgrading of hospitals, airports and power stations. Support can be given for contracts as low as £1,000, but some of the projects ECGD backs go well beyond the £1 billion mark.

As part of its risk management process, ECGD has to make a judgement on the ability of a country to meet its debt obligations. The department uses a ‘productive expenditure’ test, undertaken in consultation with the Department for International Development, that makes sure that the countries defined as heavily indebted poor countries and those exclusively dependent on International Development Association financing only get official export credits from the UK for projects that help social and economic development without creating a new unsustainable debt burden. ECGD continues to check that the proposed borrowing is sustainable.

The ECGD has been the subject of criticism by UK-based NGOs; The Corner House has claimed that the ECGD has in effect provided public subsidy for bribery; Campaign Against Arms Trade has argued that the ECGD provides excessive levels of support for arms sales; Jubilee Debt Campaign has argued that the cancellation of debts owed to the ECGD should not be counted towards UK Official Development Assistance figures; World Wide Fund for Nature argues that excessive greenhouse gases are emitted from ECGD-supported projects and that this is inconsistent with wider UK environmental policy.

In recent years, ECGD has been heavily criticised for prioritising investment in fossil fuels over renewable energy. A Catholic Agency For Overseas Development report showed that from 2010 to 2017, an estimated 97% of ECGD energy-related support went to fossil fuel development, principally oil and gas exploration and production in upper-middle-income countries. Just 3% went to renewables. [4] The Guardian reported that in the 2018–2019 financial year alone, ECGD committed nearly £2 billion in support to fossil fuel projects across the world. [5] A Parliamentary inquiry called on ECGD to stop funding fossil fuel projects by the end of 2021, citing that the scale of fossil fuel support violated the UK's obligations under the Paris Agreement. [6]

While in the early years of the decade the proportion of ECGD's business in support of weapons exports ranged from 30% to 50%, this has now declined to under 1% in 2009–10.

ECGD seeks advice on arms sales from the United Kingdom Export Control Organisation (ECO), part of the Department for Business, Innovation and Skills. All applications are assessed, on a case-by-case basis, against the consolidated EU and National Arms Export Licensing criteria.

It does this through the public information it provides and the declarations in its application forms; it has some powers to make enquiries but these are limited. ECGD does not have a formal investigative capacity.

Key aspects of ECGD's anti-bribery and corruption procedures are to:

Equivalent in the world 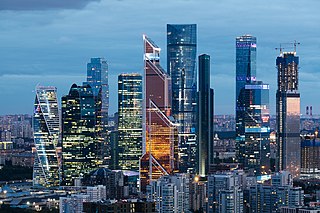 The economy of Russia is an upper-middle income mixed and transition economy, with enormous natural resources, particularly oil and natural gas. It is the fifth-largest economy in Europe, the world's eleventh-largest economy by nominal GDP and the sixth-largest by PPP.

An export in international trade is a good or service produced in one country that is sold into another country. The seller of such goods and services is an exporter; the foreign buyer is an importer. 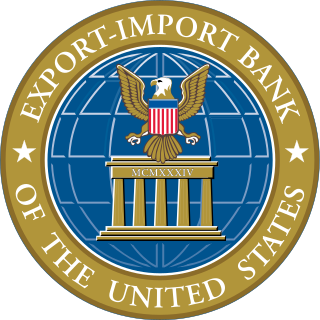 The Export–Import Bank of the United States is the official export credit agency (ECA) of the United States federal government. Operating as a wholly owned federal government corporation, the Bank "assists in financing and facilitating U.S. exports of goods and services". EXIM intervenes when private sector lenders are unable or unwilling to provide financing, equipping American businesses with the financing tools necessary to compete for global sales. EXIM's aim is to promote U.S. goods and services at no cost to U.S. taxpayers, protecting “made in America” products against foreign competition in overseas markets and encouraging the creation of American jobs. Its most recent chairman and president, Kimberly A. Reed, was nominated by President Donald J. Trump on January 16, 2019, and sworn in on May 9, 2019. Her term expired on January 20, 2021 and her replacement has yet to be appointed.

A letter of credit (LC), also known as a documentary credit or bankers commercial credit, or letter of undertaking (LoU), is a payment mechanism used in international trade to provide an economic guarantee from a creditworthy bank to an exporter of goods. Letters of credit are used extensively in the financing of international trade, where the reliability of contracting parties cannot be readily and easily determined. Its economic effect is to introduce a bank as an underwriter, where it assumes the counterparty risk of the buyer paying the seller for goods.

Compagnie Française d'Assurance pour le Commerce Extérieur (Coface) is a credit insurer operating globally, offering companies solutions to protect them against the risk of financial default of their clients, both in their domestic and export market. In complement to credit insurance, Coface also offers debt collection services, factoring and business information, and bonds.

Export Development Canada is Canada's export credit agency and a state-owned enterprise wholly owned by the Government of Canada. Its mandate is to support and develop trade between Canada and other countries, and help Canada's competitiveness in the international marketplace.

A loan guarantee, in finance, is a promise by one party to assume the debt obligation of a borrower if that borrower defaults. A guarantee can be limited or unlimited, making the guarantor liable for only a portion or all of the debt.

In trade finance, forfaiting is a service providing medium-term financial support for export/import of capital goods. The third party providing the support is termed the forfaiter. The forfaiter provides medium-term finance to, and will commonly also take on certain risks from, the importer; and takes on all risk from the exporter, in return for a margin. Payment may be by negotiable instrument, enabling the forfaiter to lay off some risks. Like factoring, forfaiting involves sale of financial assets from the seller's receivables. Key differences are that forfait supports the buyer (importer) as well as the seller (exporter), and is available only for export/import transactions and in relation to capital goods. The word forfaiting is derived from the French word forfait, meaning to relinquish the right.

The Berne Union, also known as The International Union of Credit & Investment Insurers, is an international non-profit association and community for the global export credit and investment insurance industry.

A Hermes cover is an export credit guarantee (ECG) by the German Federal Government.

The Hong Kong Export Credit Insurance Corporation was established in 1966 under the Hong Kong Export Credit Insurance Corporation Ordinance. It was created by statute with the aim of encouraging and supporting export trade by providing Hong Kong exporters with insurance protection against non-payment risks arising from commercial and political events. Its contingent liability under contracts of insurance is guaranteed by the Government of the Hong Kong Special Administrative Region, with the statutory maximum liability currently standing at $55 billion. The Corporation is required to operate in accordance with the requirements laid down in the Hong Kong Export Credit Insurance Corporation Ordinance and to pursue a policy directed towards securing revenue sufficient to meet all expenditure properly chargeable to its revenue account. It is a 'public body' under the Prevention of Bribery Ordinance. HKECIC staff are not permitted to accept any advantages from HKECIC customers. Anybody offering any advantages to HKECIC staff in connection with official business commits an offence.

Trade finance signifies financing for trade, and it concerns both domestic and international trade transactions. A trade transaction requires a seller of goods and services as well as a buyer. Various intermediaries such as banks and financial institutions can facilitate these transactions by financing the trade. Trade finance manifest itself in the form of letters of credit (LOC), guarantees or insurance and is usually provided by intermediaries.

The Philippine Guarantee Corporation(PHILGUARANTEE) is a Government-owned and controlled corporation attached to the Department of Finance. Formerly known as the Philippine Export-Import Credit Agency or PhilEXIM, is the principal agency for State Guarantee Finance of the Philippines. The primary objective is to perform development financing role through the provision of credit guarantees in support of trade and investments, exports, infrastructure, energy, tourism, agricultural business/modernization, housing, MSMEs and other priority sectors of the economy, with the end in view of facilitating and promoting socio-economic and regional development.

China Export & Credit Insurance Corporation is a major Chinese state owned enterprise (SOE) under the administration of MFPRC serving as the provider of export credit insurance, in particular coverage for the export of high-value added goods in China.

The Export–Import Bank of Korea, also commonly known as the Korea Eximbank (KEXIM), is the official export credit agency of South Korea.

Corruption in Yemen is a highly serious problem. Yemen is the most corrupt country in the Gulf region. It is also the poorest country in the Middle East, "with an exceptionally high birth rate, acute rates of child malnutrition and rapidly dwindling reserves of oil and water." In Yemen, according to Chatham House, "corruption, poverty and inequality are systemic"; in the words of the Carnegie Endowment for International Peace, corrupt activity is "so entrenched and pervasive" that many citizens feel powerless.