Tiger Lim, (born Lim Han Hu on September 5, 1974 in Kuala Belait) [2] [3] is Brunei's self-proclaimed No. 1 broken-English blogger and a YouTube comedian who shares his videos under the username tigerlim7673. [4] He is also a freelance sound engineer whose blog garners an average of 2000 viewers daily.

Tiger Lim derived his nickname from his year of birth, the Year of the Tiger. [5] His video entitled Auntie Driver Parking Fail (original) [6] was one of his first narrated videos, which subsequently received 10 different translations. As comedic as he is, Tiger Lim has also sparked controversial when he posted a bully video on his personal blog. The YouTube Chinese comedian has been interview by The Brunei Times, citing that he "talks about English, seriously."

The first video posted on tigerlim7673 was "japan tv show", [7] on May 8, 2007. Tiger Lim started posting videos of himself narrating in a comedy style since 6 July 2009. His first narrated comedy video was Auntie Driver Parking Fail (original), [8] where he pokes fun at a lady's attempt at reversing into a parking space behind Ripas hospital. [9] The video has spread to different countries as far as Taiwan and Australia with more than 10 different versions uploaded by other YouTube users. [10] [11] [12] [13]

He also recreated a subtitled version of Zek's minta maaf (my apology) video, a YouTube video of a young man named Zek from Brunei pleading forgiveness to his girlfriend. [14] Tiger re-edited the video and shortened it to 6 minutes, adding an English translation since many of the lines were delivered in Bahasa Melayu (Malay Language). [15]

Tiger Lim stirred up a controversial story about a controversial video that he has posted on his popular blog. [16] The video was about a student bullying other students in a toilet. His chat box was then flooded with comments from public, mostly with mixed feelings. Tiger has his reasons for posting the video but came at a huge risk. The boy, RJ, was expelled. However, the management said that it was not based on the video or evidence (posted by Tiger Lim) but based on his poor disciplinary record in CHMS. [17]

In February 2011, David Deterding, [18] an Associate Professor at University Brunei Darussalam questioned and raised some linguistic questions [19] after reading some entries posted on his blog. He claimed that Tiger's use of informal, non-standard English was deliberate and he wonders how natural it was.

Tiger Lim has stirred quite a number controversies in his own social media page, in November 2013 during his visit to Philippine, he took a picture of himself with number of Filipinos in the back and posted in Instagram that he'll be bringing Filipinos maid back. Hence stereotyping majority Filipinos as maid. As a result, a boycott page has been set up targeted Tiger Lim. [20] Tiger Lim also being continuously hit by public on some of his insensitive post.

Intelligent Parking Assist System (IPAS), also known as the Advanced Parking Guidance System (APGS) for Toyota models in the United States, is the first production automatic parking system developed by Toyota Motor Corporation in 1999 initially for the Japanese market hybrid Prius models and Lexus models. The technology assists drivers in parking their vehicle. On vehicles equipped with the IPAS, via an in-dash screen and button controls, the car can steer itself into a parking space with little input from the user. The first version of the system was deployed on the Prius Hybrid sold in Japan in 2003. In 2006, an upgraded version debuted for the first time outside Japan on the Lexus LS luxury sedan, which featured the automatic parking technology among other brand new inventions from Toyota. In 2009, the system appeared on the third generation Prius sold in the U.S. In Asia and Europe, the parking technology is marketed as the Intelligent Park Assist System for both Lexus and Toyota models, while in the U.S. the Advanced Parking Guidance System name is only used for the Lexus system.

Auntie Anne's is an American franchised chain of pretzel shops founded by Anne F. Beiler and her husband, Jonas, in 1988. Auntie Anne's serves products such as pretzels, dips, and beverages. They also offer Pretzels & More Homemade Baking Mix. The chain has more than 1,200 locations around various locations, such as in shopping malls and outlet malls, as well as non-traditional retail spaces including universities, parking/rest areas, airports, train stations, travel plazas, amusement parks, and military bases. Their slogan as of 2010 is "Pretzel Perfect".

Lim Jeong-hyun, also known by the online alias funtwo, is a South Korean guitarist known for his cover of the piece Canon Rock. 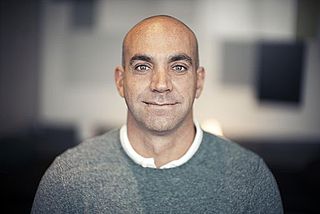 There are a number of languages spoken in Brunei. The official language of the state of Brunei is Standard Malay, the same Malaccan dialect that is the basis for the standards in Malaysia and Indonesia. This came into force on 29 September 1959, with the signing of Brunei 1959 Constitution. 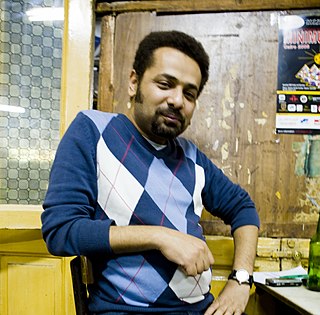 Wael Abbas Bilal is an internationally renowned Egyptian journalist, blogger, and human rights activist, who blogs at Misr Digital. He reported an incident of mob harassment of women, and broadcast several videos of police brutality. His actions led to the conviction of police for torture, but he has been harassed by the Egyptian government, and his accounts with YouTube and Yahoo were closed. YouTube has since restored his account and most of his videos. Facebook had deleted Wael's account but it has since been restored.

The Anoa is a 6x6 armoured personnel carrier developed by PT Pindad of Indonesia. The vehicle is named after the Anoa, which is a type of buffalo indigenous to Indonesia. The prototype was first unveiled at the 61st anniversary of TNI on October 5, 2006, in TNI HQ at Cilangkap, east of capital Jakarta.

An Internet celebrity is a celebrity who has acquired or developed their fame and notability through the Internet. The rise of social media has helped people increase their outreach to a global audience. Today, popular influencers are found on popular online platforms such as Twitch, Instagram, YouTube, Snapchat, Discord, Twitter, Facebook, VSCO, Reddit, WeChat, QQ, and TikTok.

Kenzo is a French luxury fashion house founded in 1970 by Japanese designer Kenzo Takada and owned by parent company LVMH. 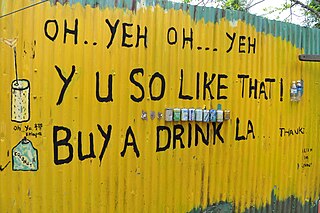 Singlish is an English-based creole language spoken in Singapore. Singlish arose out of a situation of prolonged language contact between speakers of many different languages in Singapore, including Hokkien, Malay, Teochew, Cantonese and Tamil.

Songify the News is an American musical web series popularized by Brooklyn musician Michael Gregory, and later his band The Gregory Brothers. The Gregory Brothers digitally manipulated recorded voices of politicians, news anchors and political pundits to conform to a melody, making the figures appear to sing. The group achieved mainstream success with their "Bed Intruder Song" video which became the most watched YouTube video of 2010. 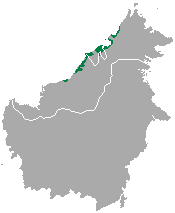 Brunei Malay language is the most widely spoken language in Brunei and a lingua franca in some parts of East Malaysia, such as Labuan, Limbang, Lawas, Sipitang and Papar. Though Standard Malay is promoted as the official language of Brunei, Brunei Malay is socially dominant and it is currently replacing the minority languages of Brunei, including the Dusun and Tutong languages. It is quite divergent from Standard Malay to the point where it is almost mutually unintelligible with it. Although the idea that Brunei Malay might be classified as a creole language has been discredited, it does bear considerable similarities to East Indonesian Malay-based creole languages.

Blog del Narco is a blog that attempted to document the violent incidents and characters involved in the Mexican Drug War that never made it to government reports or the mainstream media.

Anderson Lim Chee Wei is a Bruneian former competitive swimmer. He was the first Bruneian swimmer to compete at the Olympics, representing his country in the 2012 London Summer Olympics. Lim is also the founder of Nimanja.com, which is the first pet supply e-retailer in Brunei.

Brunei, officially known as Brunei Darussalam, competed at the 2012 Summer Olympics in London, which was held from 27 July to 12 August 2012. The country's participation in London marked its fifth appearance in the Summer Olympics since its debut in the 1988 Summer Olympics.

Brunei English is a regional dialect of English that is widely spoken in Brunei Darussalam, even though the national language is Malay. Although the lingua franca in the country is generally the local dialect of Malay, all educated people are proficient in English, as it has been the medium of instruction from the fourth year of primary school since 1985.

Roy Ngerng Yi Ling, is a Singaporean blogger and activist.

StopXam, also spelled StopHam and known as Stop a Douchebag, is a Russian non-profit organization, headquartered in Moscow and founded in 2010 by members of the youth movement Nashi, which opposes traffic rule violations and arrogance on the road. The mode of operation of the activists is to film offenses and their conversations and confrontations with offenders and subsequently edit and upload the gathered footage to video-sharing websites such as YouTube. One of the popular strategies is to place big stickers with the phrase "I don't care about anyone, I park where I want", attributed to the 'Federal Programme Against Arrogance on Roads', on car windshields of non-cooperative traffic offenders. A more direct translation of the phrase would be "I spit on everyone, I park where I want"