Tiger Trap was an American twee-pop foursome composed of high school friends Angela Loy and Rose Melberg, with Heather Dunn and Jen Braun. The group recorded for K Records. The name "Tiger Trap" comes from the very first Calvin and Hobbes cartoon. Formed in Sacramento, California in 1992, they managed to garner something of a cult following before disbanding only a year later. Their last concert took place at Bottom of the Hill, San Francisco, in December 1993. [1] Bands they played with include Heavenly, Unwound, Shadowy Men on a Shadowy Planet, Girl Trouble, Mecca Normal, Beat Happening, and Tsunami.

Along with Beat Happening, Lois, Tullycraft, and Black Tambourine, Tiger Trap is considered to be one of the most influential bands of the American twee pop movement. Melberg went on to become a solo artist as well as playing with the bands The Softies, Go Sailor, and Gaze. Dunn went on to play drums with Lois, the reformed Raincoats, and Dub Narcotic Sound System.

Compilations and other appearances 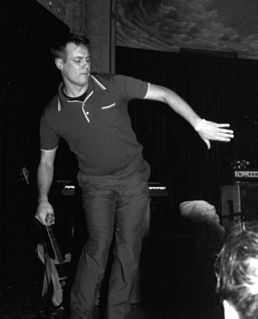 Beat Happening is an American indie pop band formed in Olympia, Washington in 1982. Calvin Johnson, Heather Lewis, and Bret Lunsford have been the band's continual members. Beat Happening were early leaders in the American indie pop and lo-fi movements, noted for their use of primitive recording techniques, disregard for the technical aspects of musicianship, and songs with subject matters of a childish or coy nature.

Twee pop is a subgenre of indie pop that is thought to originate from the 1986 NME compilation C86. Characterised by its simplicity and perceived innocence, some of its defining features are boy-girl harmonies, catchy melodies, and lyrics about love. For many years, prominent independent record labels associated with twee pop were Sarah Records and K Records. 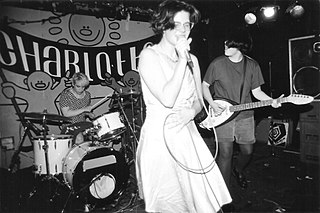 Lois Maffeo is an American musician and writer who lives in Olympia, Washington. Although never achieving mainstream success, she has been closely involved with and influenced many independent musicians, especially in the 1990s-era Olympia, Seattle and Washington, D.C. music scenes. 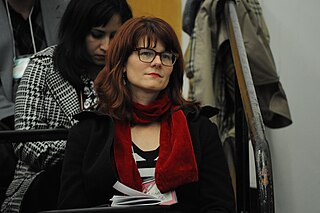 Black Tambourine was an American indie pop band and one of the earliest Slumberland groups of the early 1990s. Formed in Silver Spring, Maryland, the band comprised vocalist Pam Berry and instrumentalists Archie Moore, Brian Nelson and Mike Schulman. Along with Tiger Trap, Lois, Honeybunch, Tullycraft, and Beat Happening, they are considered to be one of the most influential bands of the American twee pop movement.

Rose Melberg is a musician and songwriter from Sacramento, California, currently based in Vancouver, British Columbia, Canada. She has performed both as a solo artist and as a member of Tiger Trap, The Softies, Go Sailor, Gaze, Gigi, Imaginary Pants, Brave Irene, Knife Pleats and Olivia's World.

The Softies were a musical duo consisting of Rose Melberg and Jen Sbragia, who are known for their minimal approach to pop music.

Go Sailor was a short-lived Berkeley based twee pop band. Its members included Rose Melberg of Tiger Trap and the Softies, Paul Curran of Crimpshrine (bass) and Amy Linton of Henry's Dress (drums). They recorded three 7" singles and a full-length CD on Lookout! Records in 1996, the latter of which collected the singles tracks and two compilation appearances. After their breakup their songs "Ray of Sunshine" and "Together Forever in Love" were included on the soundtrack to the movie But I'm a Cheerleader. 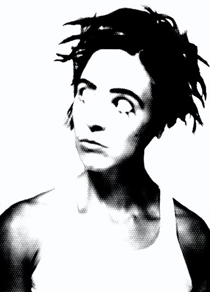 Crayon was an indie pop band from Washington State.

Tiger Trap is the only album released by the band Tiger Trap. It was released in 1993 on K Records and was produced by Calvin Johnson. With about 10,000 copies sold, it was K Records' best-selling album until they released Beck's One Foot in the Grave the following year.

Molly Neuman is a musician originally from the Washington, D.C. area who has performed in such influential bands as Bratmobile, The Frumpies, and the PeeChees. She was a pioneer of the early-to-mid '90s riot grrrl movement, penning the zine which coined the phrase in its title. She also co-wrote Girl Germs with Bratmobile singer Allison Wolfe while the two were students at the University of Oregon; that title later became the name of a Bratmobile song.

International Pop Underground Convention is a live compilation CD which documents the 1991 music festival of the same name. Various recordings from the festival were compiled by K Records and released as a double album and CD, featuring music by twenty-one different bands. 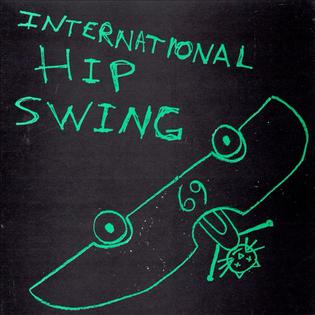 International Hip Swing is a compilation CD released by the label K Records in 1993. It is centered on the alternative rock, indie pop and twee pop genres.

The Shield Around the K: The Story of K Records is a 2000 documentary produced and directed by Heather Rose Dominic about the independent record label, K Records. The film profiles the birth and growth of the punk rock DIY label based in Olympia, Washington.

The International Pop Underground Convention was a 1991 punk and alternative rock music festival in Olympia, Washington. The six-day convention centered on a series of performances at the Capitol Theater. Throughout August 20–25, 1991, an exceptionally large number of independent bands played, mingled and collaborated at the Capitol and other venues within the Olympia music scene. A compilation of live music from the event was released later by the local record label K Records.

Erin Smith in Washington, DC is best known for being the guitarist of Bratmobile, a riot grrrl band with drummer Molly Neuman and vocalist Allison Wolfe, active from 1991 to 1994 until they went on hiatus. During the hiatus she and Wolfe started a new band, Cold Cold Hearts. Bratmobile reformed in 1999, but split again in 2003 after two more albums. Erin later took over management of Lookout! records.