Tommy Dewey (born August 3, 1978) is an American actor, producer, and writer. He co-starred with Michaela Watkins in the Hulu original series Casual. [1]

Dewey was born in Birmingham, Alabama. He went to Mountain Brook High School, and graduated from the Woodrow Wilson School of Public and International Affairs at Princeton University. [1]

Dewey's first television role was in the Amanda Bynes sitcom What I Like About You . [1] One of his breakout roles was playing opposite Mindy Kaling in the first season of the show The Mindy Project , where he played Josh Daniels, a lawyer who was one of the title character's love interests. [2] As of 2015, Dewey co-stars in the Hulu original series Casual . [3]

Julie Marie Berman (born November 3, 1983) is an American actress. She is known for her role as Lulu Spencer on the ABC Daytime soap opera General Hospital, for which she received three Daytime Emmy Awards, and for her role on the Golden Globe nominated Hulu comedy series Casual as Leia, Valerie's receptionist. 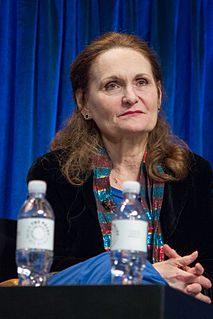 Beth Grant is an American character actress known for often playing conservatives, religious zealots, stern characters or sticklers for rules. Between 2012 and 2017, she was a series regular on the television comedy The Mindy Project portraying the role of Beverly Janoszewski. She is known for her recurring role Gracie Leigh in the CBS post-apocalyptic drama Jericho, and for playing Marianne Marie Beetle, a recurring character in the Bryan Fuller series Wonderfalls, Pushing Daisies, and Mockingbird Lane.

Thomas Mikal Ford was an American actor and comedian. He was best known for his role as Thomas "Tommy" Strong on the FOX sitcom Martin which originally aired from 1992 until 1997. He also had a recurring role as Mel Parker in the UPN sitcom The Parkers from 1999 until 2001. He was also known for his role as Lt. Malcolm Barker on New York Undercover, which also aired on FOX for its final season.

Liana Daine Liberato is an American actress. She played the younger version of the female lead in the 2014 film The Best of Me and starred in the 2010 films, Trust and The Last Sin Eater and in 2012, The Expatriate. In 2018, she began portraying the role of McKenna Brady in the Hulu thriller series Light as a Feather.

Michaela McManus is an American actress, known for her portrayals of Lindsey Strauss on One Tree Hill, A.D.A. Kim Greylek on Law & Order: Special Victims Unit, and Grace Karn on the NBC drama Aquarius.

Michaela Suzanne Watkins is an American actress and comedian. She is best known for starring on the Hulu series Casual and on the short-lived ABC sitcom Trophy Wife, as well as being a cast member on Saturday Night Live from 2008 to 2009. She has also recurred on television series such as The New Adventures of Old Christine, Catastrophe, Enlightened and Search Party and appeared in films such as The Back-up Plan (2010), Wanderlust (2012), Enough Said (2013) and Sword of Trust (2019). She currently co-stars on the CBS sitcom The Unicorn.

Charles Brendan Grandy is an American stand-up comedian, television writer and producer. He began his career on the television series The Daily Show with Jon Stewart, Saturday Night Live, The Office, and Guys With Kids. Grandy has had a string of collaborations with actress and producer Mindy Kaling through The Mindy Project, Champions, and Four Weddings and a Funeral. He is the son of former Love Boat star turned politician Fred Grandy. 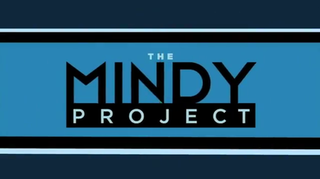 The Mindy Project is an American romantic comedy television series created by and starring Mindy Kaling that began airing on Fox in September 2012 and finished its run of six seasons on Hulu in November 2017. The series was co-produced by Universal Television and 3 Arts Entertainment.

Derek Theler is an American film and television actor and model.

Lucy Elizabeth Fry is an Australian actress. She is known for portraying Zoey in Lightning Point, Lyla in Mako: Island of Secrets, and Lissa Dragomir in the film Vampire Academy. Fry was also cast in Hulu's eight part miniseries 11.22.63 as Marina Oswald, wife of Lee Harvey Oswald, and played the lead in the 2016 Australian horror television series Wolf Creek and Tikka in the 2017 Netflix film Bright.

Edward Charles Egerton Weeks is an English actor, comedian, writer and producer. He is best known for starring as Dr. Jeremy Reed in the Fox/Hulu comedy series The Mindy Project (2012–2017). He also starred as Colin in the Fox comedy series LA to Vegas (2018). 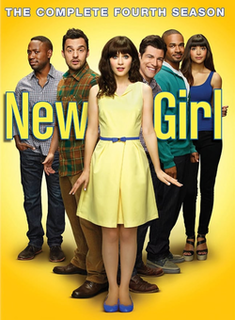 The fourth season of the American television sitcom New Girl premiered on Fox on September 16, 2014, and concluded on May 5, 2015. Season four consisted a total of 22 episodes. Developed by Elizabeth Meriwether under the working title Chicks & Dicks, the series revolves around offbeat teacher Jess after her moving into a Los Angeles loft with three men, Nick, Schmidt, and Winston ; Jess' best friend Cece also appears regularly. The show combines comedy and drama elements as the characters, who are in their early thirties, deal with maturing relationships and career choices. 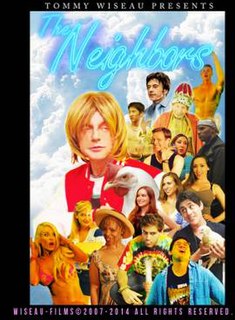 The Neighbors is a sitcom created, written, directed, produced by, and starring Tommy Wiseau. In Wiseau's first such creative excursion since his 2003 cult film The Room, it is set in an apartment building and revolves around the lives of the various tenants and their interactions with the "manager", Charlie, played by Wiseau. Four episodes were released on Hulu on March 14, 2015. Two additional episodes were released on May 26, 2015.

Rebecca Rittenhouse is an American actress. She starred as Cody LeFever in the ABC prime time soap opera Blood & Oil, and played the role of Dr. Anna Ziev in the Hulu romantic comedy The Mindy Project.

The House is a 2017 American comedy film directed by Andrew J. Cohen, and co-written by Cohen and Brendan O'Brien. The film stars Will Ferrell, Amy Poehler, Jason Mantzoukas, Ryan Simpkins, Nick Kroll, Allison Tolman, Rob Huebel, Michaela Watkins, and Jeremy Renner, and follows a couple who open an underground casino in their friend's house in order to pay for their daughter's college tuition.

Casual is an American television comedy-drama series that premiered on October 7, 2015 on Hulu. Created by Zander Lehmann and directed by Jason Reitman, the series centers on Valerie, a newly divorced single mother living with her brother Alex and her daughter Laura. The cast also includes Frances Conroy and Nyasha Hatendi.

Ghulam Khan, better known as Guz Khan and occasionally Guzzy Bear, is a Pakistani-British comedian and actor best known for his work in TV show Man Like Mobeen and stand up appearances in Live at the Apollo. 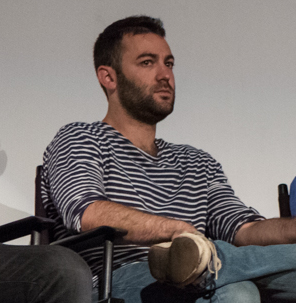 Alexander "Zander" Sutton Lehmann is the creator, writer, and producer of the TV show, Casual. 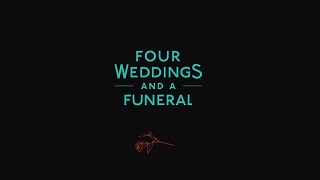 Four Weddings and a Funeral is an American romantic comedy streaming television miniseries, based on the 1994 British film of the same name written by Richard Curtis. The miniseries, which premiered on July 31, 2019 on Hulu, was created by Mindy Kaling and Matt Warburton. It stars Nathalie Emmanuel, Nikesh Patel, Rebecca Rittenhouse, Brandon Mychal Smith, and John Reynolds.