Tompkins was a prominent lawyer in Hamilton. In 1958, he was appointed a Queen's Counsel. In 1963, he was called to the Supreme Court. [1]

Sir David Tompkins (Lance Tompkins' son), studied from 1947 to 1952 and graduated from the then University of New Zealand with an LLB. He was also a partner in Tompkins Wake, was made a QC, and then sat as a High Court Judge in Auckland. Sir David was Chancellor of the University of Waikato from 1981 to 1985 [2]

While the firm still bears its founders' names, it did become Tompkins, Wake, Paterson and Bathgate during the 1960s through to the 1980s when it returned to Tompkins Wake. [3]

The firm famously launched the "Case for Hamilton" [4] in 2009, threatening to sue the rest of New Zealand because it was difficult to recruit lawyers.

The current partnership of Tompkins Wake are:

Zia Mody is an Indian corporate lawyer and businesswoman. Zia is the daughter of Soli Sorabjee, a former Attorney General of India.

DLA Piper New Zealand is the first global, business law firm operating in New Zealand. DLA Piper have lawyers in the Americas, Asia Pacific, Europe, Africa and the Middle East. With offices in Auckland and Wellington, DLA Piper New Zealand provides counsel to a range of private and public companies, central and local government entities, charities and other organisations.

Bell Gully is a major New Zealand law firm. Founded in 1840 it is one of New Zealand's largest law firms, and along with Chapman Tripp and Russell McVeagh it is considered to be one of the "big three".

Drew & Napier LLC is one of Singapore’s leading law firms. Founded in 1889, the firm has more than 500 employees. It is regarded as one of the “Big Four” law firms in Singapore.

Chapman Tripp is New Zealand's largest commercial law firm. It is considered one of the "big three" law firms along with Russell McVeagh and Bell Gully. Established in New Zealand in 1875, it now has around 60 partners and roughly 200 legal staff across its offices in Auckland, Wellington and Christchurch. The firm practises in all areas of corporate and commercial, property, construction, finance, tax, dispute resolution, environmental and public law.

Deacons is an international law firm with over 300 attorneys and 700 employees worldwide. 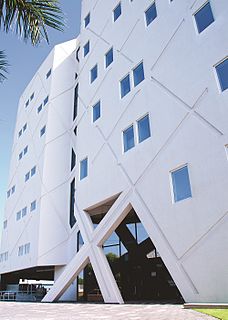 Simpson Grierson is a New Zealand commercial law firm founded in 1887; it is ranked in the top legal firms in that country, and the largest by headcount. The firm is a partnership comprising 48 partners and consultants supported by around 160 lawyers and legal executives in four departments. The legal staff are supported by around 140 personnel. It has offices in New Zealand's three largest metropolitan areas Auckland, Wellington and Christchurch.

Kim & Chang (金&張) is the largest law firm in South Korea by headcount, with over 1,200 professionals and offices in Seoul, Hong Kong, Singapore, and Ho Chi Minh City. In 2016, it became the first Korean law firm to be included in the world’s top 100 law firms by The American Lawyer, ranking 59th with a revenue of $686 million. In 2017, the firm posted a revenue of ₩1.01 trillion, becoming Korea’s first law firm to reach a revenue milestone of 1 trillion won.

Gates and Partners was an international law firm with its main base in the City of London. The firm had offices in London, Brussels, Singapore and Dubai.

Rajah & Tann Singapore LLP is a law firm headquartered in Singapore, with affiliate offices in Cambodia, China, Indonesia, Laos, Malaysia, Myanmar, Philippines, Thailand and Vietnam. Founded in 1976, it is a member firm of Rajah & Tann Asia, a network of law firms in Southeast Asia with over 800 fee earners.

Krogerus is one of the largest business law firms in Finland. It is headquartered in Helsinki and has offices in Kuopio and Turku. The firm’s revenue was approximately EUR 40 million, as of the financial period ending 31 March 2020. Krogerus employs approximately 200 professionals and trainees.

Big Three is a term often used in New Zealand historically to refer to those firms which, collectively, are perceived to be the highest ranked law firms headquartered in New Zealand.

Allen & Gledhill LLP is a Singapore law firm with a regional network of associate firms in Malaysia, Laos and Myanmar. It is one of the largest law firms in Singapore by headcount, and is a market leader in many practices, particularly Banking & Finance, Capital Markets, Corporate/M&A and other transactional and advisory matters. The firm provides legal services to local companies and MNCs, financial institutions, and individual clients.

Khaitan & Co is one of India's oldest and full service law firms comprising over 750 fee earners and consultants including 170 partners and directors. Founded in 1911 by Debi Prasad Khaitan, a member of the Constituent Assembly of India and one of the 7 members of the Drafting Committee which framed the Constitution of India. Khaitan & Co has offices in 4 cities: Kolkata, New Delhi, Bengaluru (1994) and Mumbai (2001).

Stacey Shortall is a New Zealand lawyer, based in Wellington. She has received a number of awards for her legal work and social programmes, which aim to develop children and women to their full potential. 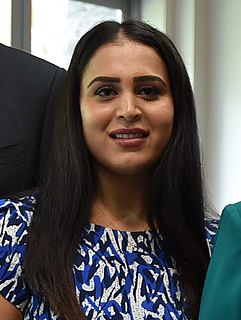 Amanda Kim Banton is an Australian lawyer who specialises in corporate litigation, particularly matters involving complex financial instruments and insolvency based disputes. Until March 2020 she was a partner in the Sydney office of global business law firm Squire Patton Boggs. As of March 2020 Banton established her own law firm, Banton Group.