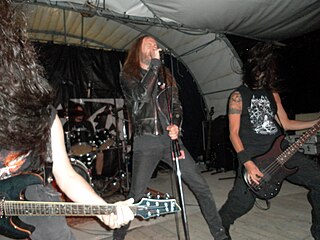 Necrodeath is an Italian black/thrash metal band from Liguria. It is one of the first extreme metal bands originating in Italy. They take inspiration from Slayer, Possessed, Kreator, Celtic Frost and Bathory. The band is also renowned for its great live performances, and notably for their "wall of sound".

The ton is a unit of measure. It has a long history and has acquired a number of meanings and uses over the years. It is used principally as a unit of mass. Its original use as a measurement of volume has continued in the capacity of cargo ships and in terms such as the freight ton. It can also be used as a measure of energy, for truck classification, or as a colloquial term.

The Alcântara Launch Center is a satellite launching facility of the Brazilian Space Agency in the city of Alcântara, located on Brazil's northern Atlantic coast, in the state of Maranhão. It is operated by the Brazilian Air Force. The CLA is the closest launching base to the equator. This gives the launch site a significant advantage in launching geosynchronous satellites, an attribute shared by the Guiana Space Centre.

Family Research Council (FRC) is an American conservative Christian nonprofit charity and activist group, with an affiliated lobbying organization. Its stated mission is "to advance faith, family and freedom in public policy and the culture from a Christian worldview". FRC was formed in the United States in 1981 by James Dobson and incorporated in 1983. In the late 1980s, FRC officially became a division of Dobson's main organization, Focus on the Family; however, after an administrative separation, FRC became an independent entity in 1992. Tony Perkins is its current president.

Labyrinth is an Italian power metal band formed in 1991 in Massa, Italy. The band underwent a change in style and themes after the departure of Olaf Thorsen in 2002.

Size has been one of the most interesting aspects of dinosaur science to the general public and to scientists. Dinosaurs show some of the most extreme variations in size of any land animal group, ranging from the tiny hummingbirds, which can weigh as little as three grams, to the extinct titanosaurs, which could weigh as much as 70 tonnes. 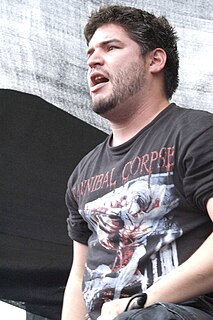 All Shall Perish is an American deathcore band from Oakland, California, United States, formed in 2002. Currently, the band is signed to Nuclear Blast and have released four full-length albums through the label. Their latest album, This Is Where It Ends, was released on July 26, 2011.

German submarine U-371 was a Type VIIC U-boat of Nazi Germany's Kriegsmarine during World War II. The submarine was laid down in November 1939 in Kiel, launched in January 1941, and commissioned in March under the command of Oberleutnant zur See Heinrich Driver. After training, U-371 was ready for front-line service with the 1st U-boat Flotilla from 1 July 1941.

Agglutination Metal Festival is an Italian metal festival held annually in Basilicata, among the towns of Senise, Chiaromonte and Sant'Arcangelo (Potenza). Born in 1995 as an event to promote emerging groups, it is one of the first metal festivals in Italy and one of the most long-lived metal events in Europe.

Ensuring adequate energy supply to sustain economic growth has been a core concern of the Chinese government since 1949. Primary energy use in China was 26,250 TWh and 20 TWh per million persons in 2009. According to the International Energy Agency, the primary energy use grew 40% and electricity use 70% from 2004 to 2009.

Mater of All Evil is the third studio album of the Italian extreme metal band Necrodeath. 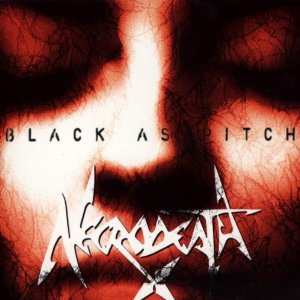 Black as Pitch is the fourth studio album of the Italian extreme metal band Necrodeath.

An oil tanker, also known as a petroleum tanker, is a ship designed for the bulk transport of oil or its products. There are two basic types of oil tankers: crude tankers and product tankers. Crude tankers move large quantities of unrefined crude oil from its point of extraction to refineries. For example, moving crude oil from oil wells in Nigeria to the refineries on the coast of the United States. Product tankers, generally much smaller, are designed to move refined products from refineries to points near consuming markets. For example, moving gasoline from refineries in Europe to consumer markets in Nigeria and other West African nations.

The 2003–04 Primeira Liga was the 70th edition of top flight of Portuguese football. It started 16 August 2003 with an opening game between Académica de Coimbra and Sporting Clube de Portugal, and ended on 9 May 2004. It was contested by 18 teams. FC Porto were the defending champions and became champions again, winning the Portuguese title in two consecutive seasons.

Pier Gonella is an Italian guitarist and founding member of the heavy metal band Mastercastle and the black metal band Necrodeath.

The Age of Fear is the ninth studio album of Italian thrash metal band Necrodeath. It was released in May 2011 by the label Scarlet Records.